Regardless of one’s political beliefs, and/ or, affiliations, nearly everyone realizes, what we have been witnessing, isn’t normal! When Donald Trump, ran for President, a few years ago, he, made a connection with a certain segment of America’s electorate, many of which, ended up, becoming, what we refer to, as his political base, and core supporters. For many of us, unfortunately, President Trump has done, all he could do, to divide and polarize Americans, than to fulfill his campaign promise, to, Make America Great Again! Since his specific message, seems to change, on a somewhat, regular basis, it might be beneficial, to, consider, whether, his statements, represent his true beliefs, arrogance/ defiance/ ego, a sense of entitlement, or something, perhaps, more sinister, and intentionally, diverting the public’s attention. With that in mind, this article will attempt to, briefly, consider, examine, review, and discuss, why this makes any difference, and why Americans, should be concerned.

1. True beliefs: As much as I, personally, disagree with the overall message, and tone of this President, at least, if it was, an articulation of his true beliefs, it would be concerning, but far less discouraging, and despicable!

2. Arrogance/ defiance/ ego: Are we simply observing, President Trump’s arrogance, and defiance, of anyone, or thing, which disagrees, with him? Is this his ego, taking the largest role? Why do, so many seem, surprised, by the behavior and attitude, of this man, when those, who have observed his behavior, for decades, feel, it should have been expected, because, he has always acted, that way?

3. A sense of entitlement: Many believe, this issue has become enhanced, because of the individual’s apparent sense of entitlement! During the campaign, many shrugged, when he said, he was so popular, he could shoot someone, on Fifth Avenue, and nothing would be done! He appears to view, the American Presidency, as if, he was royalty, and above the law!

4. More sinister, and diverting attention: While some supporters, seem to, either believe Mr. Trump, or don’t care, as long as they feel, his political/ personal agenda, aligns with their perceived. self – interest! Many fact – checkers, including the Washington Post, etc, have stated, this President has misstated information or lied, close to 11,000 times, since elected. He often seems to lie, when it’s hard to understand, why he felt he needed to! Therefore, is his behavior, planned, part of his overall plan, and an attempt, to divert attention, from the many negative items, and issues, which are consistently, regularly, disclosed?

Wake up, America, because this nation, is at – risk, of being, under – attack! The future of our way of life, may create a nation, we no longer, recognize!

I’ll be home for Christmas: US hits the road despite COVID surge | Aviation News 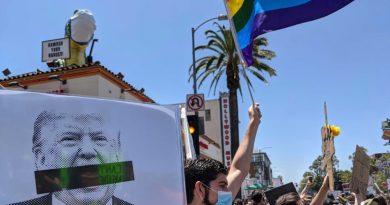 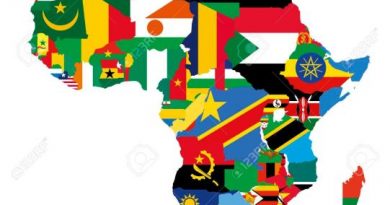 African leaders grapple with failure to ‘silence the guns’