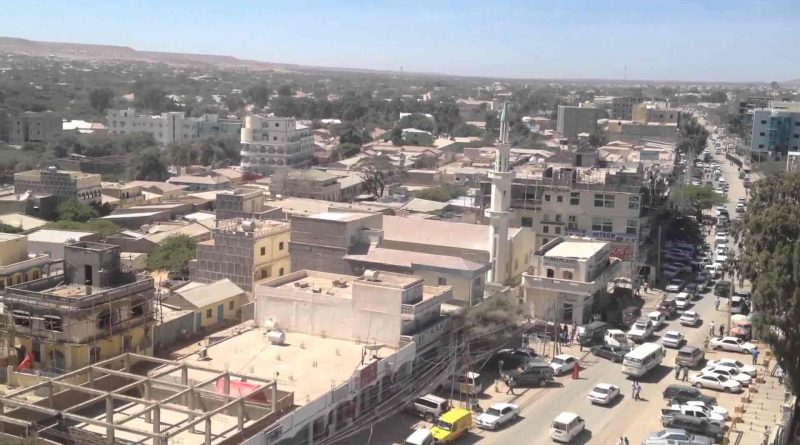 Last week, we looked at investing in Somaliland, whose economy is characterized by its informality, and entrepreneurship. This week, we delve into different sectors, starting with the telecommunications market, which is booming but still facing many challenges.

Sitting at a meeting with business leaders, it is common to see each person with two phones (one for Telesom and one for SomTel). The telecommunications market is completely unregulated. Accordingly, Telesom users cannot contact SomTel users unless they keep a second SIM card for the SomTel or keep a second phone with a SomTel SIM card. Yes, this situation seems a relic of the early mobile phone days and a sad manifestation of bad government oversight. Such lack of cohesion in the telecommunications market and a heavily underdeveloped broadband system frustrate the unaware traveler and investor.

At the same time, the change in Somaliland telecommunications cannot be understated. The airport in Berbera has wireless internet, often a rare commodity in African airports. In the eyes of local NGO workers, the Somaliland internet is one of the fastest in the Horn of Africa. Such a compliment only indicates a small advantage for Somaliland heading towards the finish line but does not say much for the current quality. However, given Somcable’s recent deal to offer FTTA (fibre-through-the-air connectivity) access to subscribers, internet speeds should pick up. Local Somalians talk of great expectations with this cable, specifically the potential mobile phone interconnectivity and the elimination of the two SIM card lifestyle.

Mobile Banking Before Bricks and Mortar

To further understand the growing strength of the Somaliland telecommunications industry, consider the banking industry in Somaliland. Somaliland is the epitome of the African informal market. You can ultimately pay with Ethiopian Birr, Euros, U.S. Dollars and any other exchangeable currency while in Somaliland. Local money changers will sit on the side of street with stacks of local currency ready to exchange with passersby. As one visiting British tourist stated it, this type of easy on-the-street bartering could not exist in most Western countries where crime would likely wipe out such culture. Yet, this is life in Somaliland.

More surprising to the average observer in Somaliland is that most transactions require no cash. Somaliland has completely lept over the brick and mortar stage of banking. Most transactions can be accomplished through Zaad – a money transfer system provided through Telecom. Almost everyone in the country has a Zaad account particularly because it makes transactions a simple two-second interaction. Once you add credit to your account, you can use your phone for anything, from paying for your gas at a station to buying a Coke at a small roadside stall. This type of quick exchange is something the West will not see for years.

While mobile banking may be the de facto banking system of Somaliland, the recent Central Banking Act passed by the Somaliland Parliament opens the door to commercial banking in the near future. “Commercial banks should arrive in 3 months,” says Somaliland Central Bank Governor Abdi Dirir. “Come invest, the commercial banks will make investing easier.” He speaks to the obvious complication of investing in a country where currently you would have to carry the investment money in a suitcase or transfer via a mobile phone. Commercial banks and a lax tax system will surely help investment. For those who can swallow risk, there is huge opportunity to be had. As Minister of Planning, Ali Shire characterizes the situation, “investors need to just come see what is happening and they will be sold.”

The Port of Berbera

On the way out of Hargeisha, travellers by plane must take a 3-hour bus to Berbera to get to Somaliland’s only functional airport. Upon arrival in Berbera, the majestic coastline grabs your attention. The presence of numerous ships at sea perplexes those with a Mogadishu-perspective of Somaliland.

Somaliland has a coastline to the north along the Gulf of Aden that covers more than 850 km (over 520 miles). The Somaliland Administration through the Berbera Port Authority (BPA) owns and operates the Port of Berbera. The former Soviet Union built the port as a military base and a challenge to the influence of the U.S. and its allies in the Horn of Africa in the 1960s. When the regime of General Mohamed Siad Barre cut ties with the former Soviet Union, the U.S. assumed control of the port as its new military base in the 1980s. The former Soviet Union originally constructed 300 meters (nearly 330 yards) and the United States added 330 meters (361 yards). Today, the port has a storage capacity of one million tons and can accommodate more than 1,000 ships per year depending on length and size of the ships.

While the Port of Berbera is only mere reflection of the Djibouti ports, it presents a strategic and potentially attractive alternative to the Djibouti corridor to the Horn of Africa. As the Horn of Africa, particularly Ethiopia and Sudan, takes off economically, import-export corridors and sea routes will become ever more important. The Djibouti corridor serves as Ethiopia’s primary access to the sea such that any congestion in Djibouti means a 3 to 6-month delay for Ethiopian commerce. While the Djiboutian government prioritizes the expansion of its ports, the expansion of the ports still cannot outpace the long-term growth of the economies in the region. Additionally, the Djiboutian custom taxes and duties will not decrease anytime soon.

The expansion of the Port of Berbera could cost more than $65 million. Ali Omar Mohamed, in charge of the Port of Berbera, recently stated that he imagines the port becoming 20 meters (22 yards) deep compared to its current 11.5 to 12 meters depth. At 20 meters, the port could accommodate the world’s largest container ship, weighing 300,000 tons. The port currently only accommodates 35,000 tons. While the expansion of the port may seem a pipe dream to many Western observers, it is very much a documented expectation for the future of Somaliland. Just take a look at the National Develop Plan (2012 – 2016) for Somaliland. Still, attracting private investors into the port remains an ongoing process.

When Somalia is Somaliland

“There is great hope for Somaliland,” says Minister Ali Shire, “but more private investment is needed.” Investment in Somaliland carries its risks and rewards. The minister and the rest of the returning Somalians diaspora believe in the long-term rewards outweighing the benefits. Walking around Hargeisha, the commercial capital of Somaliland, will make you preach the same thing.