The ostrich is the largest of living birds. Adult males stand 8 feet tall and weigh more than 300 pounds; the hens are slightly smaller. Six geographical rates differ from one another slightly in size, in skin color of the bare thighs, head, and neck, and in the size and texture of their eggs. These are all members of a single species, the only representative of their order. Until recently Ostriches ranged from the Arabian and Sahara deserts southward throughout Africa.

The ostrich family is an ancient one. Five fossil species are known, the oldest from the early Tertiary (about 50 – 60 million years ago). These ancient ostriches occupied southern Europe and Asia and as well as Africa, and lived as far north as the Mongolian deserts. Civilization has pushed their descendants into the wildest parts of their former range. The Arabian ostrich has probably been wiped out-the last reported was one killed and eaten by Arabs in Saudi Arabia during World War II. Ostriches that formerly lived in the Egyptian, Nubian, and South African deserts have almost disappeared. Most wild birds survive in dry Central Africa, where they still roam in the protected National Parks.

Ostriches live in open, arid country and usually travel in bands of 10 to 50 birds. They congregate with gnus, zebras, antelopes, and other large grazing mammals in a sort of mutual alliance. The browsing animals stir up insects, small reptiles, and rodents for the ostriches. The ostriches, in turn, with their advantageous height, spot approaching danger. Ostriches also eat fruit, plants, and seeds.

Ostriches have managed to survive on a continent teeming with large predators partly by being alert and shy, partly by their fighting skill, but mainly by their speed. Tales of their running at 60 miles per hour are exaggerated. Pacing with cars shows about half that speed to be their maximum. Though they prefer to run from danger, ostriches will fight when cornered and can be formidable antagonists. They fight with their feet, kicking out and down with vicious slashes of their heavy claws that can easily rip a lion or a man wide open.

The ostrich is the only bird that has lost two of the four toes which most modern birds have. One of these two remaining toes is much smaller than the other, and it too may be disappearing in the evolutionary process of developing a single-toed hoof, as the horse did not so long ago.

As befits the largest of birds, ostrich lays the largest egg of any living bird. Oddly enough, the ostrich egg is one of the smallest in relation to the size of the bird laying it. From 6 to 8 inches long and weighing up to 3 pounds, it is only one per cent of the female’s weight. The eggs vary from white to yellowish, and their hard shiny surface is pitted with superficial pores of different sizes and shapes.

For a nest, the female ostrich scrapes out a large depression in the sand in which she lays 10 to 12 eggs. Nests with 25 to 30 eggs results from several females laying in them. The frequency of such nests has given rise to the common belief that the ostrich is polygamous, which has yet to be proved. As in most ratites the cock does most of the incubating and sits on the eggs faithfully each night. The ostrich hen also incubates, always by day when her duller color has a protective advantage. Often the eggs are left partly covered with sand in the daytime for the sun to keep warm.

The incubation is 40 to 42 days. The sturdy, dappled chicks, after a short rest from their labours of pecking into the world, are soon able to travel with their parents. About a foot tall, when hatched, they grow about a foot a month until they reach 5 to 6 feet, when the growth rate slows down. It takes an ostrich 3 to 4 years to mature fully.

Though able to run vigorously soon after hatching, the chicks usually stretch out flat, when danger threatens, necks extended, and “play possum.” The chicks’ well-known habit of feigning death probably was the origin of the oft-repeated canard that ostriches bury their heads in the sand at the approach of danger. This, of course, just isn’t so.

Ostriches were large and conspicuous residents of the land that cradled our civilization, south and east of the Mediterranean. Here they have left their record since the dawn of history. Ostrich-egg cups have been found in Assyrian graves dated 3,000 B.C. Ancient Egyptians, Chinese and Greeks also found the strong shells made handy utensils.

In the Roman Empire, roast ostrich was considered a fitting main course for the Emperor’s feasts. Roman physicians used ostrich fat as a drug and prescribed the gizzard stones as a remedy for eye diseases. One ancient and enduring folktale, recorded in the medieval herbals and even mentioned by Shakespeare, is the belief that ostriches can digest metal. This, like the head-burying legend, has some basis in fact. Captive ostriches are attracted by shinning objects and will swallow watches, brooches, bottle tops, and small pieces of metal or glass left within reach. Unless these have sharp points, such items in their diet probably do the birds little harm. They remain in the gizzard to be slowly ground down with the stones the birds swallow to aid their digestion.

Ostriches domesticate readily and do well in captivity, where they have been found to live about 50 years. They have been trained for riding and to pull carts, but do not make good draft animals because they tire easily and send squat down and quit. Inclined to be bad tempered, they make untrustworthy as well as ungainly pets. The voice of the ostrich is a loud hiss and a booming roar.

Ostrich plumes have found a ready market since the days of the Crusades, when knights used them to decorate their helmets (this was probably the origin of their use as an heraldic symbol). The plumes reached their height of fashion in the late 19th century, when they bought from £50 to £100 per pound. As the supply of wild plumes dwindled, it became profitable to raise ostriches in captivity, for a full-grown male bird produces about a pound of plumes annually.

The plumes of commerce grow only on the wings and tail. The 16 wings on each wing are purely decorative, and dangle and flap crazily in the wind, as the bird runs. The 50 to 60 tail plumes grow in layers above the 14 or so true tail feathers. When mature, the feathers are harvested without harm to the bird, which grows a new set each year.

Ostrich farms were first established in Africa in the 1860s. Ostriches were first taken to America in the 1880s, where they were raised first in California, then in Arizona, Oklahoma, Texas, Arkansas, and Florida. The market is no longer as lucrative for plumes as it was 70 years ago, and today the birds are kept mainly in zoos. Their skin makes a fine, soft leather in some demand for some gloves and purses. 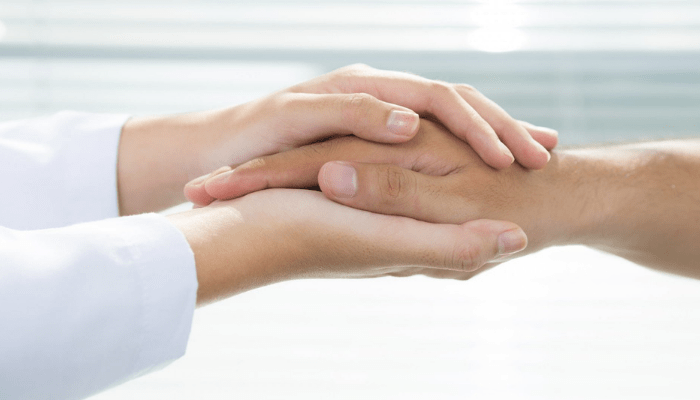 Treat others how you want to be treated