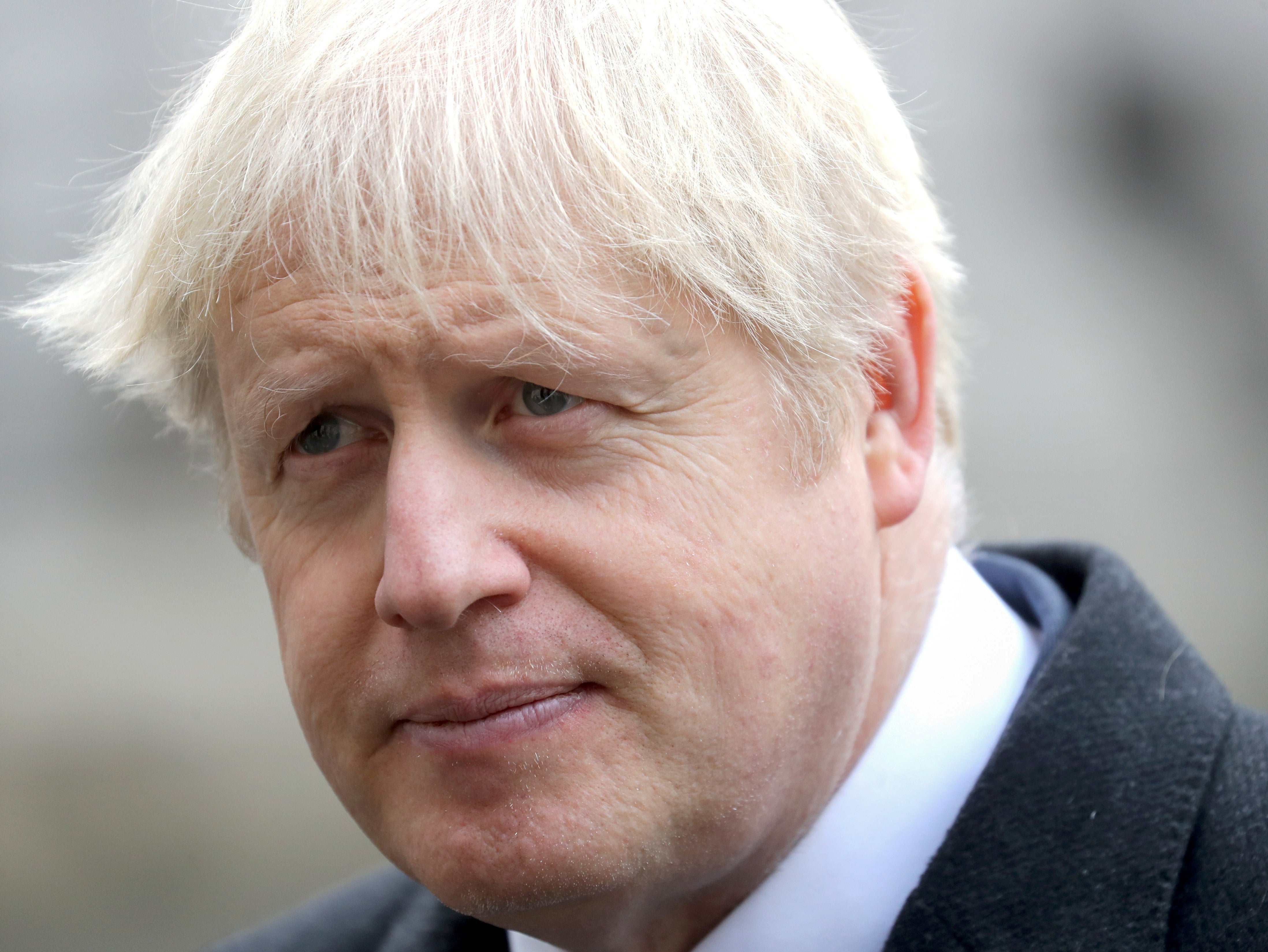 ooks like Widow Twankey, Buttons and the ugly sisters will be struggling for work this Christmas. Britain’s panto season is now up in the air, since the theatres in tier 3 areas will be unable to reopen after lockdown ends. Many Tory backbenchers have decided Boris Johnson is the pantomime villain of the post-lockdown system, booing and hissing about “authoritarianism” at No 10. Sadly, Brexit talks have also descended in a panto-esque farce – with Downing Street not yet clear on whether the EU’s Michel Barnier will actually turn up for face-to-face negotiations. Oh yes he will! Oh no he won’t, etc. etc.

Our political editor Andrew Woodcock on what to look out for today:

Negotiations over a Brexit trade deal hang in the balance on Friday, with uncertainty over whether planned face-to-face talks in London will resume. Barnier, meanwhile, is expected to meet ministers from EU fishing nations to urge them to accept a compromise. Communities secretary Robert Jenrick will be doing the morning media round for the government, on Today at 8.10am and Good Morning Britain at 8.30am.

AS TIERS GO BY: Acknowledging the frustration of Tory MPs and pub bosses, Boris Johnson told us “your tier is not your destiny” – and stressed that “every area has the means of escape”. But chief medical officer Chris Whitty made clear the toughened tier restrictions for England – which leave 55 million people in tier 2 or 3 – are unlikely to be relaxed this winter. One government source told The Times they would have to stay as they are until at least mid-January. Conservative backbenchers are livid. The Covid Recovery Group described the tier system as “authoritarianism at work”, 1922 committee chair Sir Graham Brady decried “unacceptable” interference – and even One Nation caucus chief Damian Green signalled he would vote against the system without stronger evidence. The Telegraph thinks up to 60 Tories will rebel, so it looks like the PM could be relying on Labour to get it through on Tuesday. But Keir Starmer is only expected to decide early next week whether to back the government.

INVISIBLE MAN: Downing Street officials admitted they don’t know if Michel Barnier will turn up for face-to-face trade talks in London. A No 10 spokesperson said “that’s a matter for the EU and a decision for them”. Reports suggested Barnier had pulled a Boris-esque stunt and threatened to quit talks unless there was a big shift in the UK’s stance. Brussels sources have told the BBC that their man would join face-to-face talks in London, but not until this weekend. In the meantime Barnier has arranged a meeting with Europe’s fishing ministers, but it is not thought to be because of any great breakthrough on the major sticking point. Meanwhile, freight bosses have said British businesses are now rushing to stockpile goods just five weeks before customs checks come into force on 1 January – which is driving up the cost of cross-border deliveries. “Prices are going through the roof,” said one.

HOW TO WIN FRIENDS AND INFLUENCE PEOPLE: More cronyism claims involving Matt Hancock. Alex Bourne, whose company is now supplying two million medical grade test tubes a week to the NHS, admitted exchanging WhatsApp messages with the health secretary – but denied any impropriety. In a phone call with The Guardian, the ex-landlord of Hancock’s old local pub in West Sussex, conceded that he’d exchanged messages with Hancock over several months. Meanwhile, Boris Johnson has appointed ex-Treasury official Dan Rosenfield as his new chief of staff. Rosenfield is said to be a “clean skin” with no factional Tory baggage. Former Labour adviser Damian McBride said he had “a first-class brain and an easy smile”. However, it emerged Rosenfield is also chairman of World Jewish Relief – the humanitarian group which said it was “deeply disheartened” at the big decision to cut overseas aid from 0.7 to 0.5 per cent.

SLEIGHTS OF HAND: The government faces a struggle to get its big cut to overseas aid through the Commons. Foreign secretary Dominic Raab admitted he could not guarantee the cut would be reversed in the “foreseeable” future – and confirmed a new law would be needed to axe the current legal commitment. Shadow international development secretary Preet Kaur Gill said Labour would work with Tory opponents to “stop this retreat”. Elsewhere, the Institute of Fiscal Studies (IFS) said we all face a rise in council tax after Rishi Sunak cut support for local authorities in his spending review. IFS analyst Ben Zaranko – who predicted an average rise of £70 per household – said Sunak has displayed a “sleight of hand” worthy of the late football legend Diego Maradona. Speaking of footie legends, one “very senior” cabinet minister in David Cameron’s government recommended David Beckham become sports minister in 2013, according to former No 10 spin doctor Craig Oliver. He took credit for “killing” the stupid idea.

FORCING A REMATCH: Nicola Sturgeon has claimed a second Scottish independence referendum should be held “in the earlier part” of the next parliamentary term at Holyrood. The SNP boss said Boris Johnson’s current opposition to indyref2 was unsustainable – but she would not be drawn on what she might do if consent was refused during her BBC interview. Sturgeon also insisted a manifesto pledge and SNP win at elections in May would amount to a mandate. “If people in Scotland vote for a referendum, there will be a referendum.” Could the impact on Brexit make the difference with Scottish voters? Time will tell. Speaking of Brexit making a difference, it looks like Brits are no longer eligible to work in a new film about Princess Diana. A casting call for the movie about to be shot in Germany starring Kristen Stewart has stipulated boys wanting to play Prince William at 11 must have a European passport – “due to new Brexit rules from January 1”.

MAN OF QUIET DIGNITY: Security officials can stand down. Donald Trump has promised there will be no ugly scenes. He will leave the White House quietly in January – so long as Joe Biden is formally confirmed as president by the electoral college. Asked whether he would agree to exit the building gracefully, he said: “Certainly I will, certainly I will, and you know that.” But Trump went on to claim again that “massive fraud” had denied him power. And the nice guy act was dropped when a reporter who questioned his claims about voter fraud, saying: “Don’t talk to me that way! … Don’t ever talk to the president that way.” Meanwhile, Joe Biden is celebrating a quiet Thanksgiving. “Our turkey will be smaller and the clatter of cooking a little quieter,” he said.

“Would I encourage someone to hug and kiss elderly relatives? No, I would not.”

Professor Chris Whitty on a cold Christmas ahead.

“This is lockdown in all but name. I think that mass rule-breaking is coming.”

“You’re very quiet about Brexit Nigel. You and Rishi Sunak both. Two of its biggest backers wanting to talk about anything but.”

Andrew Grice, The Independent: Boris Johnson faces more bruising battles with his own MPs this winter

Tom Peck, The Independent: Have a nice Christmas – but if you do it’ll probably be granny’s last

Katy Balls, The Spectator: Why Tory MPs are seeing red over the new tiers

David Frum, The Atlantic: Trump pardoned Flynn to save himself