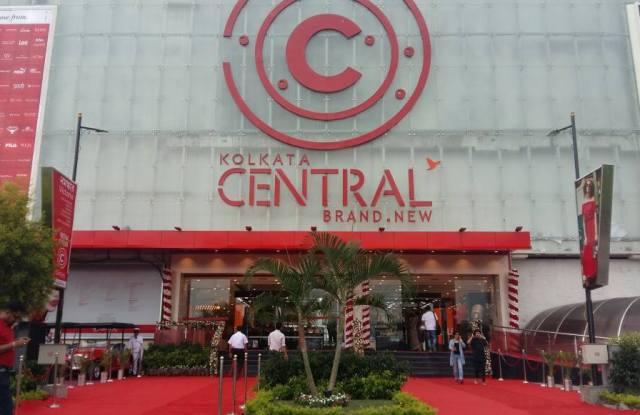 NEW DELHI, India — In a deal that is expected to reshape retail in India, Reliance Retail Ventures Ltd., already the country’s largest retailer, has upped its size significantly with the acquisition of more than 1,700 stores owned by the Future Group. The deal also includes the wholesale, logistics and warehousing business of the Future Group.

Reliance Retail is a subsidiary of Reliance Industries Ltd., with a retail footprint across 1,800 cities, and an estimated 640 million customers in the last financial year.

Reliance is buying Future Enterprises, Ltd., which was formed from the combination of Future Retail Ltd. and Future Lifestyle Fashions Ltd. to simplify the deal.

Both Reliance and Future are headquartered in Mumbai.

Over the last few years, Reliance Brands has emerged as the biggest player in the upmarket segment of Indian retail with ties to global brands such as Diesel, Burberry, Emporio Armani, Bottega Veneta, Tiffany, and more. Reliance also has a joint venture with Marks and Spencer Plc, with more than 70 stores across the country.

Future Group stores in the deal include the large-format department store chain Central, which has 49 units across India and carries more than 500 fashion brands, including Elle, Only, Vero Moda, Levi’s, Ed Hardy, and Jack & Jones; Brand Factory, a chain of large fashion-discount stores with more than 100 units that carry over 200 Indian and international fashion brands; Big Bazaar, with 295 stores, is one of the largest hypermarket chains in India, and FBB in the value segment, which has 95 stand-alone stores. Other retail formats being acquired by Reliance include FoodHall, Nilgiris and Heritage Foods in the food and grocery segments.

Although palaces and royalty have a long history in India, Kishore Biyani, founder and chief executive officer of the Future Group, has long been hailed as the king of retail in the $850 billion sector, which has fast been moving toward the $1 trillion mark. Now media reports are hailing a new king — Mukesh Ambani, chairman and managing director of the powerful $87.1 billion turnover Reliance Industries Ltd., India’s largest private sector company. Reliance Retail, which accounts for a little less than a fourth of the group’s total revenues, has more than 11,500 stores, and had sales of more than 1.63 trillion rupees, or $20 billion, in the year ending March 31, up about 25 percent over the previous year.

Harish Bijoor, founder of Harish Bijoor Consults, said the deal was a huge moment for organized retail in India.

“I think the synergy is terrific,” he observed. “It only goes to say that at the end of the day, the biggest guy in retail is going to be Mukesh Ambani.”

“Looking at it from the Reliance Retail perspective — it will make them the mega-retail player in India, one of the biggest pieces of work is the Jio platforms work, which has cobbled together new funding and this means that it will stitch together retail of every kind — grocery, fashion, electronics, footwear. And Mukesh Ambani has put together a platform for each of these 10 years ago — there is Reliance Fresh for grocery, Reliance Footwear, Reliance Trends for fashion and apparel. All these dovetail beautifully into the Future Group’s brands.”

Ambani has in the last few months raised more than $20 billion for Reliance’s technology arm Jio Platforms, including $5.7 billion by Facebook for a 9.99 percent stake in April, and $4.5 billion for a 7.73 percent stake by Google in July. Other investors include Saudi Arabia’s Public Investment Fund, KKR and General Atlantic.

Jio already has a subscriber base of more than 370 million has been gaining strength in the telecommunications space and, according to analysts, is a precursor to the e-commerce platform JioMart, which will tie together the high subscriber base and Reliance’s retail network. JioMart is in a trial phase, having launched in 200 cities since January, and is expected to transform the e-commerce space in India. The acquisition of the Future Group companies is expected to help complete this technology loop by using the huge customer base of the Jio platforms, e-commerce and physical retail, according to analysts.

The acquisition also will enable Reliance to better compete with U.S. giants Walmart and Amazon in India. Walmart owns the Indian e-tailer Flipkart, while Amazon has invested millions in the country. Analysts said that the announcement Saturday has left unaddressed the implications for Amazon, which bought a 49 percent stake in Future Coupons in August 2019; Future Coupons held a 7.3 percent stake in Future Retail. In addition, Amazon became the authorized online sales channel for Future Retail’s stores last January.

But a driving force behind the deal was Future’s growing debt as it launched numerous new formats; debt reached 120 billion rupees, or $1.6 million, this year. The COVID-19 pandemic worsened the situation as India went into a lockdown on March 23, and retail remained closed for more than 60 days. Stores have been opening slowly in different states since but with low customer turnout.

Bijoor said the $3.2 billion valuation put on Future by the deal was a good one, “but not the kind of valuation an overseas player would have paid for it. I would say they would have paid a multiple of three over this valuation. The issue has been that Kishore Biyani enterprises have been deepening their debt and so I would think the debt was getting to be difficult.”

In a statement on Saturday, Isha Ambani, director of Reliance Retail Ventures Ltd., reiterated a commitment to the value consumer in India and also sought to reassure the plethora of small, family-owned stores that still constitute more than 92 percent of retail in India. “We hope to continue the growth momentum of the retail industry with our unique model of active collaboration with small merchants and kiranas as well as large consumer brands,” Ambani’s statement said.

The Reliance director stressed the group had no plans to shutter any of Future’s formats. “With this transaction, we are pleased to provide a home to the renowned formats and brands of Future Group as well as preserve its business ecosystem, which have played an important role in the evolution of modern retail in India,” she said.

From the country’s mall owners’ point of view, however, there is a greater cause for concern.

“Monopoly is never good,” noted Susil Dungarwal, chief mall mechanic, a special designation for his role as founder and ceo of mall advisory company Beyond Squarefeet. “It would not be very fair for business, which will not be good for the industry, as it may lead to conflict and consequential losses. As they get bigger, they have more power and it is certainly not going to be good for mall owners — as the group will have tremendous negotiating power for the spaces they wish to have, leaving the mall owners on a much weaker footing.”

As for what the deal means for global brands seeking to enter the fast-growing Indian market, Bijoor believes it will make the country an even more attractive market. “With the merger of these two retailers, and with Reliance becoming bigger, and wanting to have platforms direct-to-home, the Jio platforms, apparel brands will now look to India like they look to the Middle East and look it as a B2B2C experience — business to business to consumer — with easier distribution through Jio platforms, Jio retail, through Reliance Retail. Instead of slogging it out in the great Indian market store-by-store, they are likely to really say, ‘I just make one business call to Reliance Retail and I have entered India,’” he said.