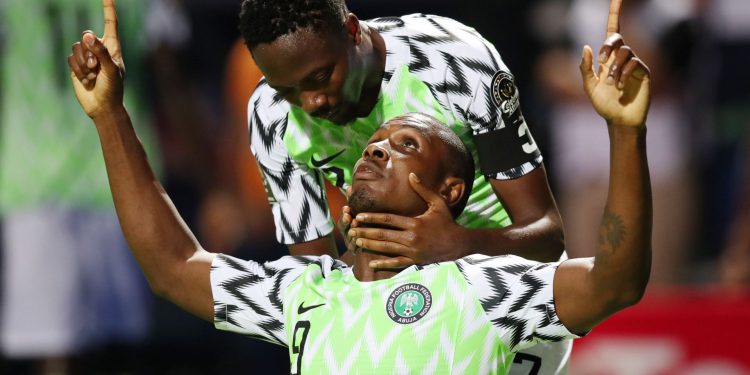 Former Super Eagles star Odion Ighalo has joined other football stars in paying tribute to Basketball legend Kobe Bryant who died in a helicopter crash along with nine other people including his daughter.

According to multiple reports, the former LA Lakers star was travelling in a private helicopter along with his daughter for an AAU basketball game on Sunday morning.

Speaking on the crash Los Angeles Sheriff, Alex Villanueva revealed there were nine people on board as against the initial five that was reported.

Following the news, fellow sports stars and celebrities have been paying their tribute to the five five-time NBA Champion.

Among them is former Super Eagles star, Odion Ighalo who took to his Twitter account to express his sadness over the death of Bryant and his daughter.

In a follow-up tweet, Ighalo also used the moment to tell his followers to always appreciate life every day, saying: “waking up every day is a testimony we take for granted”

Ighalo was not the only football star who paid tribute to the NBA legend. Brazilian star Neymar Jnr celebrated his goal against Lille by paying respect to the 41-year-old.

So sad to hear the heartbreaking news of the deaths of Kobe and his daughter Gianna. Kobe was a true legend and inspiration to so many. Sending my condolences to his family and friends and the families of all who lost their lives in the crash. RIP Legend💔 pic.twitter.com/qKb3oiDHxH

After scoring for PSG, Neymar flashed No. 24 to pay tribute to Kobe Bryant, who died Sunday morning in a helicopter crash. pic.twitter.com/EOrk3cZAUd

We are deeply saddened to learn of the death of Kobe Bryant. Our thoughts and prayers go out to all his family and friends.

Bryant is survived by his wife, Vanessa Laine Bryant and three children.