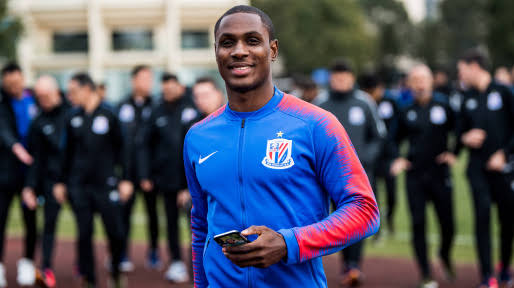 The winter transfer window shut down on January 31st with a lot of players moving in different directions as the season reaches the final half. Nigerian players were not left out with Odion Ighalo’s move to Manchester United leading the bunch.

With that said, Soccernet.ng takes a look at Nigerian players that moved to new clubs during the January transfer window.

Victor Moses (Fenerbahce To Chelsea To Inter Milan): The former Super Eagles winger was on an initial 18-month loan deal from Chelsea at Fenerbahce. However, the loan deal ended six months early after Inter Milan showed interest in him,

Also, with Moses struggling at Turkey, the former Wigan man could not resist the opportunity to link up with Antonio Conte again. The 29-year-old played a key role in Conte’s two seasons in charge of Chelsea.

Playing as a wingback, Moses won the Premier League and the FA Cup under Conte at Chelsea. And with the chance to work with him presenting itself again, the former Nigeria international jumped at it.

He joined the Nerazzurri on a six-month loan deal from Chelsea with a buy option.

Super Excited to have Joined football club @aladalahclub in Saudi Arabia . Looking forward to the Challenges going forward . God is the Greatest 🙏🙏. pic.twitter.com/WRdUT4kvvf

His inaction for six months cost him a place in the Super Eagles, and that’s not likely to change despite finding a new club.  However, with the move, Ogu joins Super Eagles captain Ahmed Musa in the Saudi Arabian topflight.

Ogenyi Onazi (Trabzonspor To Denizlispor): The Nigerian star joined Denizlispor on a six-month loan deal from Trabzonspor. Since he came back from a lengthy layoff, Onazi found it difficult to get game time, and that played a part in the decision to join Denizlispor on loan.

Jesse Sekidika (Free Transfer to Galatasaray): Sekidika left Eskisehirspor in January, but signed a deal immediately with another Turkish side, Galatasaray.

He joined the Lions on a four-year deal, but he has made just three appearances for the team since he signed.

Henry Onyekuru: (Monaco To Galatasaray): Sekidika was not the only Nigerian that moved to Galatasaray in the January transfer window. Super Eagles winger, Henry Onyekuru also joined the Lions on a six-month loan deal from Monaco.

Although the former Anderlecht star spent the whole of last season on loan with Galatasaray, they could not agree a deal with Everton who are his owners.

With Everton failing to agree a deal with Galatasaray, the Toffees decided to sell him to Monaco. But his time at Monaco was a difficult one, making just four appearances in all competitions.

And that resulted in his loan move to Galatasaray, although there’s no option to buy in the deal. Nevertheless, Onyekuru will hope he can regain the form that saw him score 16 goals in all competitions for Galatasaray last season.

Leon Balogun (Brighton To Wigan): The former Mainz defender made just 12 appearances for Brighton since he moved from Mainz. It was apparent Balogun had to leave the Amex stadium if he wants to enjoy football again.

The Super Eagles star will hope his six-month loan move to Championship side, Wigan Athletic, will kickstart his career again.

Odion Ighalo ( Shanghai Shenhua To Manchester United): The biggest transfer involving a Nigerian player in recent years, because no one saw it coming.

Ighalo fulfilled a childhood dream when he moved to Manchester United from Chinese side Shanghai Shenhua on deadline day. The Super Eagles star joins the Red Devils till the end of the season, and he will hope to hit the ground running as soon as possible.

✍ #MUFC can confirm that Odion Ighalo will join us on loan from Shanghai Shenhua until the end of the season.

The move divided United’s fan base, but Ighalo will not care because he is living his childhood dream. This is Ighalo’s second spell in the Premier League after a productive spell with Watford.

The former Nigeria international will hope his second spell will be more productive than the first.

Other Nigerian players that moved to new clubs include: