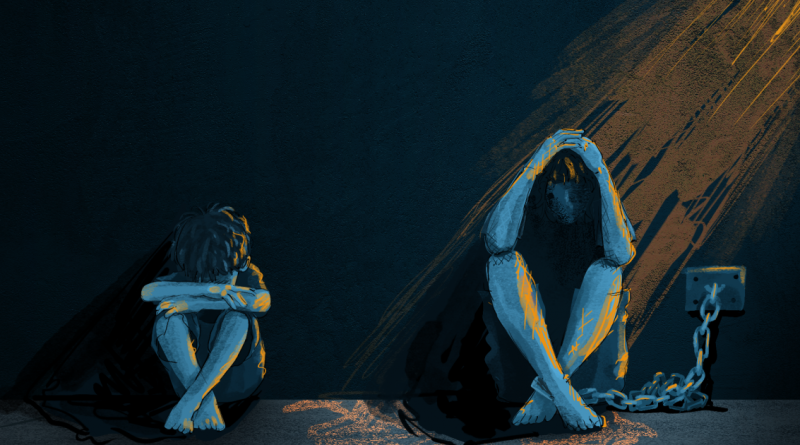 Benjamin Ballah was born on a farm in the north of Liberia, one of four children. Growing up, he went through bouts of depression that his parents and grandmother did not know how to cope with. These worsened as his country was engulfed in a civil war and he was forced to flee to neighbouring Guinea.

During one of these episodes, he was taken to a centre where he was chained up for 11 months.

He is now back in Liberia, where he is a teacher and works at Cultivation For Users’ Hope (CFUH), an organisation that advocates for people with mental health issues.

He shares his story:

“I spent my childhood in Lofa County in the rural north of Liberia. My father was a poultry farmer and hunter and my mother helped on the farm. My parents were both uneducated. I have one brother and two sisters.

“I developed depression as a child. At the time my family saw it as a spiritual problem, as the result of witchcraft. They thought I was possessed by demons. There was no scientific basis for it. It was simply superstition. But people, especially uneducated people here believe what other people tell them.

“My parents and my grandmother believed in witchcraft and witchdoctors. In fact, my great-great-grandfather was a witchdoctor.

“The First Liberian Civil War had started in 1989. In 1994, when I was 14 years old, Lofa was besieged by ULIMO (United Liberation Movement of Liberia for Democracy) rebels. I was afraid that I would be recruited as a child soldier and forced to take up arms, as happened to many of my friends. So I went into exile in Guinea.

“I left without my parents; they followed later. I ended up in Macenta in Guinea, where I attended a school for refugees. I stayed with my older brother who also fled. But without any family support, I became increasingly depressed.

“One night I became very anxious and talkative. I was given traditional herbal medicine by a witchdoctor. It reduced my anxiety. That was my first serious depressive episode.

“I returned to Liberia in 1998 when I finished my schooling and decided to become a teacher.

“The principal of my former high school contacted me and asked me to teach there. It is not easy to find qualified teachers for rural areas in Liberia.

“But not long after, the Second Liberian Civil War began and I was again displaced – this time to Liberia’s capital, Monrovia. I was on my own again and things were not working out well for me. I wanted to return to university but had no support. I was accepted to study medicine in Russia but did not have the funding to go.

“I became very frustrated and depressed. I walked from place to place. I was talking too much. I would scream and shout and could not sit in one place for very long. I was also hallucinating and seeing strange things.

“My mother and grandmother took me to a spiritual “healing centre” in Monrovia. They thought the centre would “civilise” me since I was acting violently. I was scared to go there but I had no choice.

“At the centre, I was chained to a heavy wooden log and placed in an auditorium with about 30 other people who were also chained to logs. There were men, women and children in the room. Some of the other chained men were former child soldiers.

“I became very angry because of the way I was treated at the centre. During the 11 months I stayed there, I never saw a psychiatrist or any other doctor.

“There was nothing to do the whole day but sit there. They only unchained us to take us to the latrine occasionally. Most days, I received just one meal. The food consisted of “garri” (dry cassava) and dry coconut. We were only given a small amount of water. Sometimes, I became extremely thirsty but they would not give me any more. There were times I drank my own urine.

“At times those of us chained there would talk to one another and tell jokes. I made a few friends in the centre.

“My mother stayed there the entire time to take care of me. She slept in a separate room and took instructions from the head pastor at the centre.

“I often told her I wanted to go home but she would not take me without the pastor’s approval.

“Sometimes, she secretly gave me extra food. She would sit next to me. Some days she would talk to me and try to comfort me; on other days she would just cry.

“After 11 months, my brother came to get me and took me to ES Grant Mental Health Hospital in Monrovia, the only psychiatric hospital in Liberia.

“I had a relapse several years later, after my wife, Victoria, died. But this time I was taken to hospital, where I was treated for two weeks and diagnosed with depression.

“I now work for an organisation called Cultivation For Users’ Hope, which advocates for those with mental health issues and tries to raise awareness of it with policymakers. Mental health has never been a priority for the Liberian government.

“Psychiatric facilities in Liberia are seriously underfunded. ES Grant Mental Health Hospital has only 80 beds for inpatients. The country is extremely poor and, until recently, had no mental health budget.

“I do not blame my mother and grandmother for taking me to the “healing centre”. They were uneducated and could not see any other solution.

“I am now remarried and my first child was born in 2013. Now that I have three children I have managed to find happiness. When I return from work and see them, I feel happy.”

This interview has been edited for clarity and brevity. 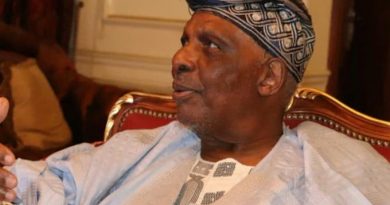 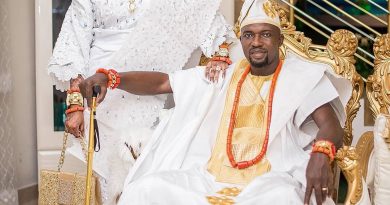 Two Of My Friends Have Kids For My Husband