In the 1970s and 1980s, a pair of clompy Dr Martens was an essential part of the uniform for many of the people orbiting the early punk scene in Camden Town. Decades on, the goths and aspiring musicians may be outnumbered by tourists, but you’ll still see plenty of passersby in both camps sporting the boots.

The lace-up stomping boot’s transition from a grungy subculture’s footwear of choice to a mainstream staple is a story as old as fashion. But Dr Martens made the leap more seamlessly than most. Now, with an initial public offering planned for later this year, the brand’s backers expect to reap the reward for building a profitable global business without abandoning its counterculture roots.

They aren’t the only ones. The past few months have seen a flurry of formerly underground brands snapped up by fashion giants. In November, VF Corporation acquired streetwear juggernaut Supreme, touting ambitions to grow it past $1 billion in annual sales. Moncler bought Stone Island in a €1.15 billion deal. 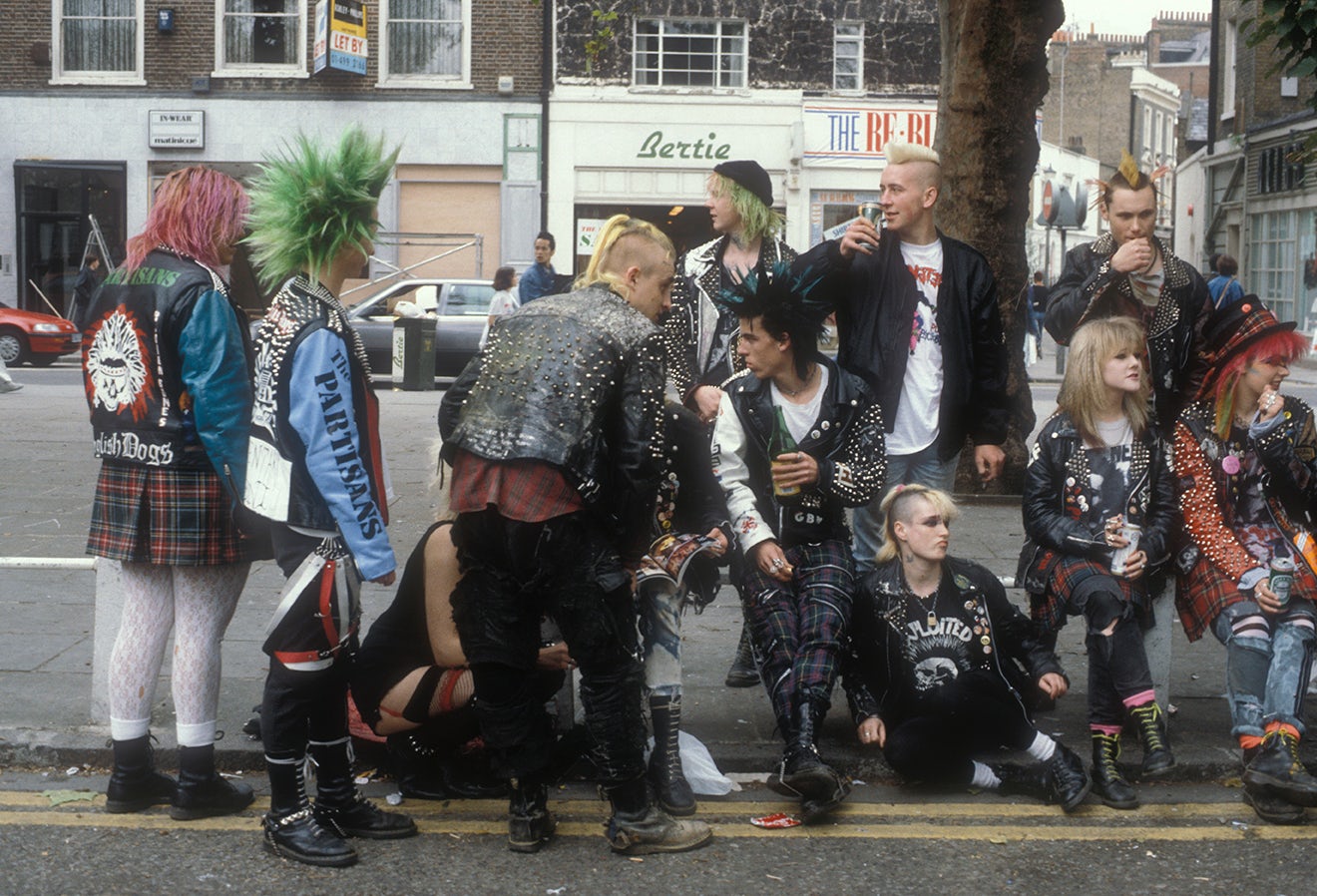 But there’s an inherent tension involved when brands with anti-corporate roots join forces with some of the global apparel market’s biggest players, even if it’s been a long time since Supreme was known to skaters alone. The acquirers are paying for authenticity, but that’s a quality that’s notoriously hard to scale. Many of these brands also bank on scarcity to maintain their allure; they may lose their shine once they’re available in every suburban strip mall. After all, even Ugg was once known as a surfer brand.

Of course, counterculture and consumerism are no longer mutually exclusive. Vans, born out of Anaheim’s skateboarding scene in the 1960s, was acquired by VF Corp in 2004. Today it’s a fast-growing, multi-billion dollar business that still regularly ranks as a footwear favourite among US teens, according to Piper Jaffray.

“The most sustainably powerful brands are those that truly figure out how to keep getting larger without getting ubiquitous. And that’s the hardest question,” said Simeon Siegel, senior analyst at BMO Capital Markets. “It is a very difficult thing to create a rulebook for, which is why those that succeed are rewarded pretty meaningfully.”

Dr Martens hasn’t been without its ups and downs. In the late 1990s, efforts to boost sales led to overexposure and ill-advised expansion into categories like watches and belts. It didn’t help that punk and grunge were being supplanted on the charts by pop and hip-hop. By 2001, sales reached £225 million ($303 million), but the company also made a pre-tax loss of £24.8 million ($33.4 million). It almost fell into bankruptcy.

The private equity firm Permira Holdings purchased the brand for £300 million ($404 million) in 2014, installed a new CEO and took a more strategic approach to its wholesale and retail network. Today the business is once again thriving. Revenue in the year ending in March 2020 hit £672.2 million ($902 million), an almost 50 percent increase on the year previous. Earnings before interest, taxes, depreciation and amortisation, a measure of profits, more than doubled to £184.5 million ($248.3 million).

While Dr Martens remains all about the signature boot, the brand has released a steady stream of limited-edition collaborations and updates to win new customers and convince loyalists to buy yet another pair. Among them are partnerships with fashion names like Raf Simons and Marc Jacobs, and an ongoing collaboration with Commes des Garçons.

Supreme is also a serial collaborator, pursuing a blockbuster tie-up with Louis Vuitton but also offbeat partnerships, including one with the porcelain manufacturer Meissen. That collaboration included the release of a 17th-century style cupid figurine wearing a Supreme T-shirt which retailed for nearly $4,000.

Vans reinvents its Pro Skate styles each season, with new colourways and limited-edition collaborations with fashion names — Marc Jacobs again — plus brands like Disney. The brand still works with cult artists and labels like Takashi Murakami and Fear of God. It also offers customisation options, which are popular with younger customers in particular.

Supreme creates hype via tightly controlled drops, creating the illusion of exclusivity whether it’s a one-off hot collaboration or branded merch from its latest drop. Playing hard to get allows the brand to charge higher prices, which can seem like a bargain compared with what some coveted releases fetch in the resale market.

“Short production runs is something Supreme is very good at,” said Neil Saunders, managing director of retail at GlobalData. “You might see the Supreme brand a lot, but people aren’t necessarily wearing the same product. They are different products from different drops.” 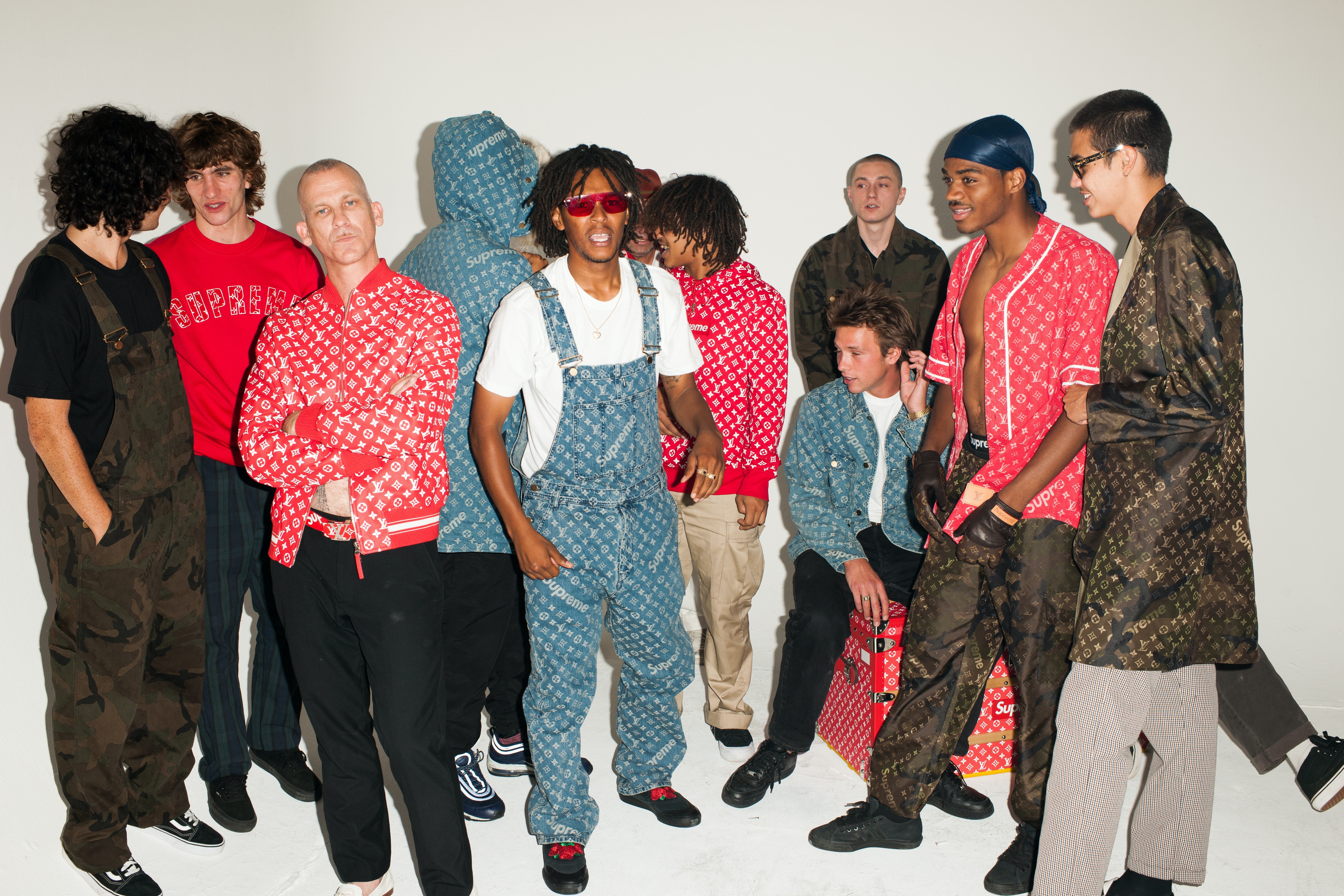 The model hasn’t changed much, even as sales topped $500 million in the year ending in October. To reach VF’s $1 billion target, Supreme will need to strike the right balance between exclusivity and increased distribution. Saturation can quickly undermine a brand’s desirability.

That said, brands like Supreme and Dr Martens have plenty of room to grow before reaching Uggs-level ubiquity. While it varies from company to company, direct-to-consumer brands tend to peak in North America when annual sales reach about $3 billion, while wholesale labels peak at around $5 billion, according to BMO Capital Markets research.

“Right now, Supreme operates in the enviable spot of having growth and pricing power, having growth and scarcity value,” said Siegel. “At some point, the size of the business precludes both. And that’s when the existential question kicks in.”

A brand built around a specific culture offers a compelling proposition to customers: they can join a tribe simply by buying a product. This dynamic has become more powerful as consumers are more likely to shop with brands that claim to align with their values. 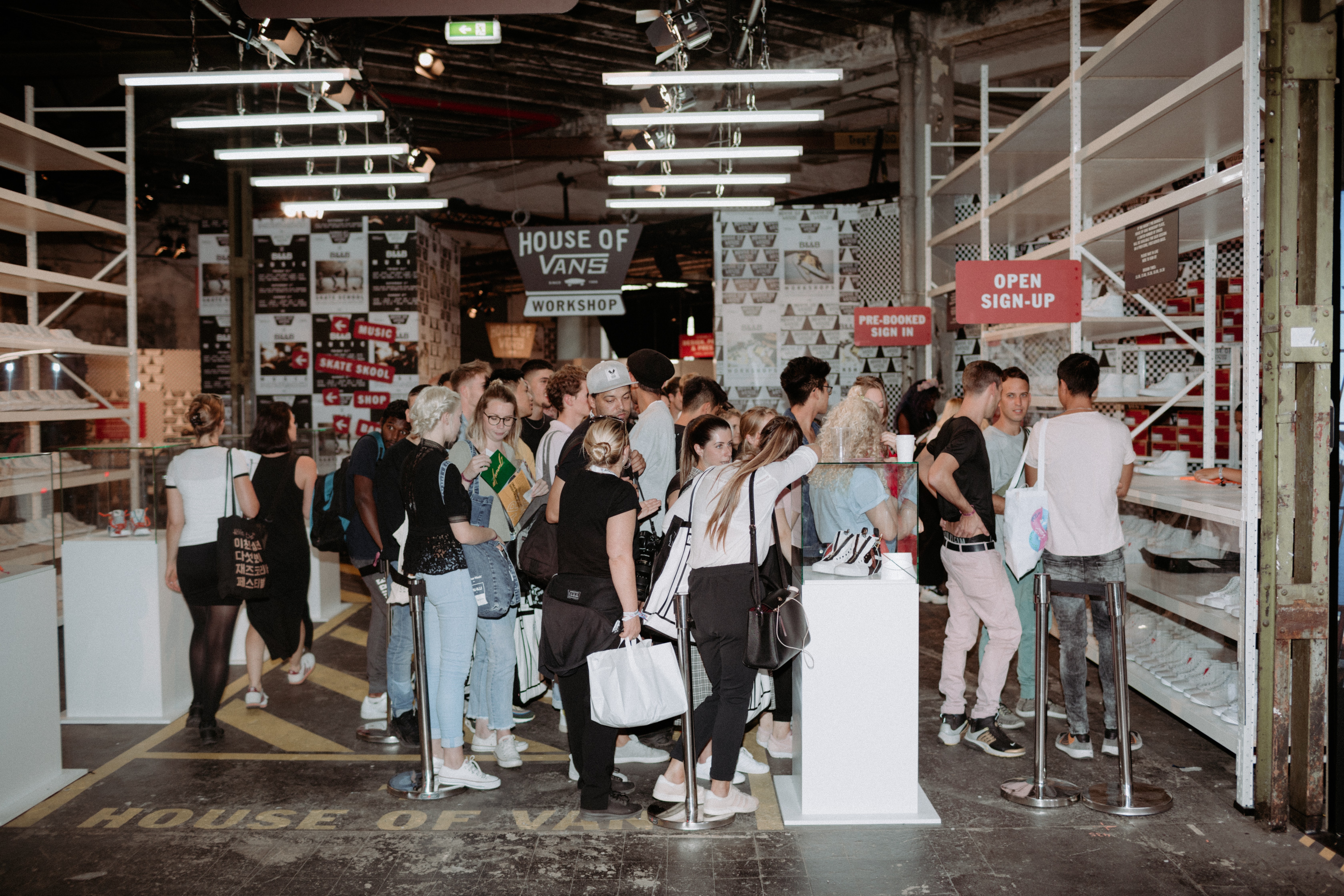 Vans has its “House of Vans” in Brooklyn and London’s Waterloo, with indoor skateparks, galleries, music venues and screening rooms. Temporary locations regularly pop up around the globe. It also sponsors BMX athletes along with events like the US Open of Surfing.

“That’s a great way of keeping itself close to its roots. That’s something that’s very important,” said Globaldata’s Saunders. “What you don’t want with any of these brands is for them just to become another faceless seller of apparel or whatever products, because that’s the route to brand dilution and really losing the community that’s important [to the brand].”

It’s easier for a brand to preserve its culture when it controls its own distribution. Customers visiting a Supreme store or Vans’ website are experiencing those brands exactly as intended, as opposed to grabbing a T-shirt or shoe off a department store rack.

For Dr Martens, direct sales make up 45 percent of the total, up from 26 percent in 2015, contributing to the recent increase in profits, according to a recent regulatory filing. It has cut out many wholesale accounts, focusing on a few partners that are strong in markets where the brand’s direct business is relatively weak. 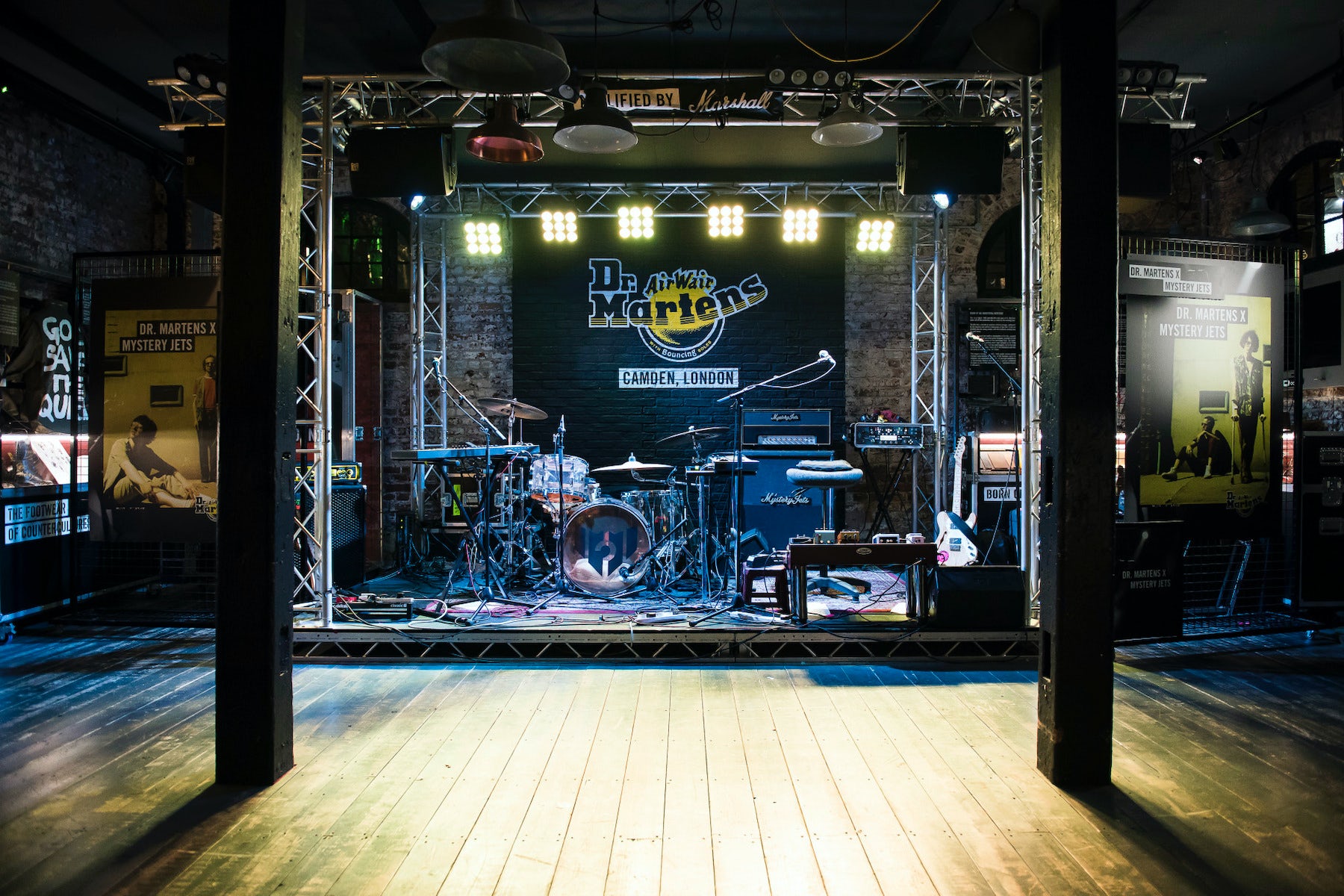 The brand’s own e-commerce will be a crucial business driver going forward, especially as the pandemic pushes more purchases online. But brick-and-mortar still matters. Dr Martens now has 130 stores, contributing a quarter of its revenue. These locations host events such as free haircuts and boot tattooing. Post-pandemic, it will be more important than ever for stores to act as experience-led brand builders.

Supreme is a direct-to-consumer business. It operates just 12 stores, which regularly garner queues around the block from fans eager to get their hands on the latest drops. E-commerce drives 60 percent of sales. The small store footprint bolsters the illusion of exclusivity. Though VF has hinted more store openings are coming, this is unlikely to lead to overexposure anytime soon said Morningstar analyst David Swartz.

“[Supreme has] little or no penetration in major territories like China, South Korea and most of Europe. There are entire markets that Supreme does not even have a presence in,” he said. “They can keep the brand limited in North America and in parts of Europe, as it is now, and still grow the brand in terms of revenue.”

One of the benefits of going public or selling to a conglomerate is gaining access to global manufacturing and distribution networks — or the cash to build out a new one.

Dr Martens, which was previously heavily reliant on production in China, diversified its supplier and factory network beyond Asia, providing greater flexibility to react to increases in demand.

Vans only scaled profitably once it joined the VF Corp fold. (Before the acquisition in 2004, the brand was doing under $350 million in sales a year, with no growth and negative operating margins, according to Morningstar.) Now Supreme has joined the group, it will stand to benefit from the same kind of operational support, namely supply chain and digital infrastructure, as well as expertise in optimising a global store footprint.

“We are not coming in to make changes,” said VF CEO Steve Rendle on a call with investors at the time of the acquisition. “We’re here to support and enable … a high-performing business.”

Why Supreme Sold to VF Corporation

How Vans Keeps Its Cool