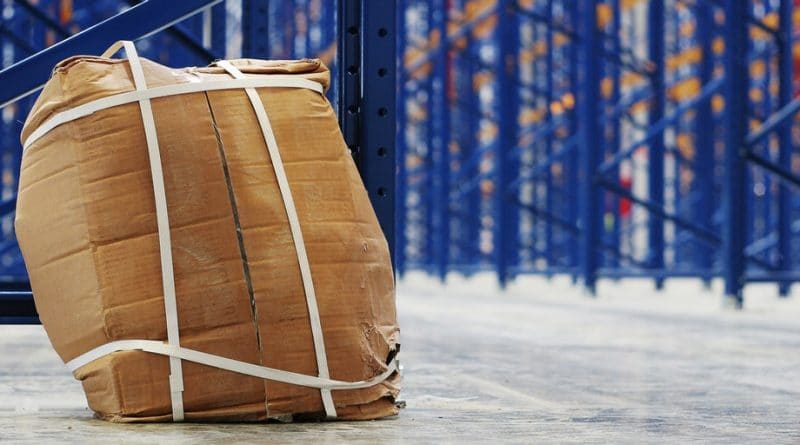 NEW YORK, United States — The Collected Group, which owns Equipment, Current/Elliott and Joie, has a mantra: Better to leave money on the table than to overestimate customer demand.

This holiday season is going to put that principle to the test.

Brands and retailers are in the thick of planning their strategy for the all-important holiday season. But lessons from Black Fridays past won’t be of much use this year. The pandemic is keeping shoppers at home, with more than 40 percent of consumers plan to do more of their holiday shopping online this year, according to a July survey of 800 people in the US and the UK by personalisation platform Qubit.

How much consumers will spend on fashion is also an open question: the economy is struggling, and non-essential retailers have seen steep drops in revenue. Many brands are already sitting on unsold inventory from the spring, and risk adding to the pile if they overestimate holiday demand.

We’re in the peak season from hell.

At the same time, getting clothes to customers, a challenge even in ordinary years, is expected to be even trickier than usual. Costs are rising along every step of the supply chain, from shipping to warehouse space. UPS and FedEx both announced holiday surcharges in early August, for instance. Delivery networks are straining to handle the surge in e-commerce volumes during the lockdowns, and are likely to see more snags during the holidays.

“We’re in the peak season from hell,” said Brian Bourke, vice president of marketing at Seko, a logistics company that works with retailers worldwide.

How can fashion companies navigate this potential logistical nightmare? The goal, experts said, is to always deliver on promises to customers while also protecting the bottom line.

There is a chance consumers will spend more on clothing this year, given that travel and entertainment are off the table in many areas. But few brands are banking on it.

The Collected Group is taking a cautious approach to the holidays, reducing both the number of its styles and volume across different products.

“We made a decision to leave revenue on the table knowing that we’d rather be a business that undersupplies when there is over-demand, and come into fiscal 2021 clean,” said James Miller, chief executive and chief creative officer of the company.

In general, you don’t want to overbuy.

Michael Kors-owner Capri Holdings said it has cancelled some orders for the holiday season, while L Brands said it would spread some of its fourth-quarter volume into the third quarter. Some department stores are ordering up to 25 percent less than prior years, according to Piper Sandler retail analyst Erinn Murphy.

“Our view is that [retailers] should continue to be very conservative,” she said. “In general, you don’t want to overbuy.”

Instead of looking at the past three-year average for sales, retailers and brands should use recent sell-through rates to inform how much they order for the rest of the year and early 2021, Murphy said.

Part of why Collected Group is able to reduce its holiday product assortment is the reliable success of its core line — basic silk and loungewear pieces across its three brands that have sold well because of their versatility. These pieces have higher margins because they never go on sale and can be produced and delivered quickly through long-standing relationships with suppliers, Miller said.

“The supply chain is just less risky for any player that has a core [offering], where you own the fabrics and there’s a quick turnaround,” he said.

Retailers could also rely on categories they know will perform well, Murphy said, like “outdoors, casual wear and athletic wear.”

Toronto-based retailer Aritzia knew it had to rethink its product assortment based on the pandemic early on, said Chief Executive Brian Hill. Its consumers, after all, are no longer leaving the house that much. The brand held a spring sale to clear out old stock, giving it a clean slate for the fall and winter, where it will focus on comfortable stay-at-home clothing like hoodies and knitwear instead of its typical assortment of going-out oriented holiday assortment.

With the US Postal Service making drastic cuts to its budget, and UPS as well as FedEx scrambling to keep up with record-high e-commerce volume, the online delivery ecosystem is just one misstep away from a meltdown, Seko’s Bourke said. Already, delayed shipments are frequent.

It’s only going to get worse.

“E-commerce doubled overnight because of the pandemic,” he said. “It’s unsustainable until carriers can catch up with more trucks and drivers … And it’s only going to get worse.”

Retailers should be using as many carriers as possible, from mainstays like UPS and DHL to regional players like LaserShip and Ontrac.

“Let’s say your distribution centre is in New Jersey and one carrier is great in the Northeast but not in the Southeast — that’s when you swap out,” Bourke said, adding that e-commerce platforms like Shopify can help build out a roster of carriers.

Venture capital-backed startup Ohi operates nearly 180 “micro” warehouses around major cities, creating a parallel network of last-mile delivery centres, from which Ohi then taps couriers from third-parties like DoorDash and Postmates to make local deliveries as quickly as one hour from purchase.

And this holiday season, Jones added, consumers will be all the more discerning with shipping options. “Two-day delivery feels like an eternity when you’re stuck at home,” he said.

Regardless of how fast the delivery, retailers must be upfront with any delays, according to Bourke. Ultimately, the most important thing is being “upfront that delivery times could be longer than expected,” he said. “If the order says two days and they don’t get it in two days, they’ll get pissed off.”

One long-term investment retailers can consider is creating relationships with “contingency” suppliers located in countries closer to their home market. For American brands, that could mean connecting with suppliers in Mexico, the Dominican Republic and domestic factories.

“If retailers source locally, they could be paying three times more than what they would for suppliers in China or Vietnam,” Bourke said, “but their lead times goes from three months to three weeks.”

Considering that international air freight is now twice as expensive as it was prior to Covid-19 and ocean freight is about 1.5 times slower, now is a better time than ever to examine other options, he added.

“Especially in places like Southern California with its ports in Long Beach, there’s been a fight for warehouse space,” said Jonathan Gold, vice president of supply chain and customs policy at the National Retail Federation.

But retailers are also finding creative solutions to the issue, Gold added, such as using stores as mini-warehouses. The Collected Group, for instance, centralised its inventory management system so that even wholesale orders could fulfil online orders.

Miller said the company made this upgrade just months prior to Covid-19, and it’s already proven to be a worthy investment: its online channel doubled in sales between March and August.

“If you’ve got inventory that sits anywhere in your business and it’s not able to be sold online, that inventory has a devaluation,” he said.

Offering consumers convenient options that don’t require shipping to their homes is another way to save on service fees while getting the products to shoppers even faster.

A number of retailers have expanded capabilities such as buy online, and pick up from a store location of choice, or reserve online, try-on in store, as Timberland will start offering this fall, the company said.

Arielle Salkin, a jewellery designer based in New Jersey, said she came up with a solution for a holiday season in which everyone will be shopping online: Instead of getting a present delivered home and then wrapping it and sending it out to a friend or relative, Salkin would offer wrapped present deliveries straight to the receiver, complete with high-quality wrapping paper and a cotton draw-string bag.

“I see this as an opportunity to assure people that I’ll take care of them and that their gifts will arrive on time,” she said. “This is what differentiates small businesses from big businesses,” she said.

How to Handle a Customer Service Crisis

Coronavirus Is Disrupting Fashion’s Global Supply Chain. Here’s What Brands Can Do.

How to Make Your Customer Service Better