Five years ago, Sheri received a phone call that would change the trajectory of her entire life. You see, she had been dating this guy, Michael, the supposed love of her life. She had dated him for almost a year and she couldn’t imagine life without him. According to her, they were soul mates and she could see herself being his wife in the near future. She thought he felt the same way, until one day, there was a big loophole to the story.

Anyway, back to the phone call. It was Michael’s mother. This was rare. On several occasions, she had openly shown that she didn’t like Sheri. So the first question Sheri asked herself was, “Who has died?” She wasn’t wrong. The phone call was about Michael.

“She…Sheri….” Michael’s mother said as she wept over the phone.

“What is it? What is it, mama?” Sheri asked, worried to death.

Sheri let out a scream, and without knowing it, she threw the phone to the ground and started to weep. She would later come to find out that her boyfriend had been in an accident and had died on the spot.

Sheri cried for days and nights. She had tried to reach him over the phone but to no avail. She couldn’t bear the thought of her first love not being there anymore. He was her everything. How could he have left her?

Michael’s mother called Sheri a few days later, asking her not to attend the funeral.

“Since the two of you were not married, I wouldn’t want any rumors going around the family,” she said.

“But mama, I want to pay my last respects. I really loved that man,” Sheri answered.

She begged and begged her but to no avail. Michael’s mother was adamant about the fact that tradition did not allow “random” women to pay respects to people who had died, and especially not young single men.

Sheri mourned his death. She still couldn’t come to terms with the fact that he was gone. She cried herself to sleep, cried when she woke up and cried during the day. Eventually, she moved on with her life.

Then, one day, Sheri met Michael at a mall with his wife and twins. She nearly fainted, thinking that she had lost her mind.

“Babe, can you and the kids wait for me in the car? I’m coming,” Michael said, and his wife obeyed.

Sheri stood there as tears started to trickle down her face. The maths was not adding up, and the more she thought about it the more confused she became.

Sheri watched him in disbelief. She had no words.

“I impregnated my current wife, and both our families wanted me to marry her. She later gave birth to twins. Please come with me to the car. I don’t want any issues with my wife later,” he said, and Sheri found herself obeying his request.

As they approached the car, his wife was giving Sheri an eye. It’s like she knew there was something fishy going on.

“Sheri, meet my wife Lisa. Lisa, this is Sheri, I know her from church. She was asking me if I can make a contribution for something,” Michael said. Sheri stretched her hand to greet Lisa, but she looked at her hand and didn’t stretch hers back.

Michael opened his wallet and gave Sheri two thousand. He politely said that it was nice to meet her after such a long time. Sheri’s facial expressions must have betrayed her because she still had not come to terms with what was going on.

Michael and Lisa left Sheri standing in the parking lot in disbelief at what had just happened.

This story is inspired by a story we found on Twitter. 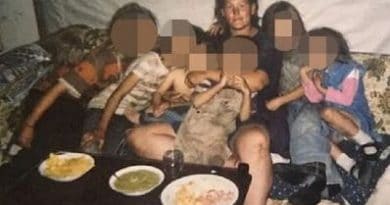 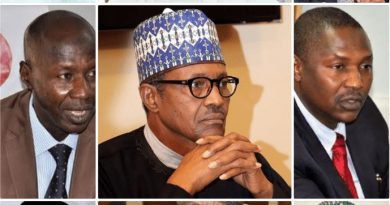