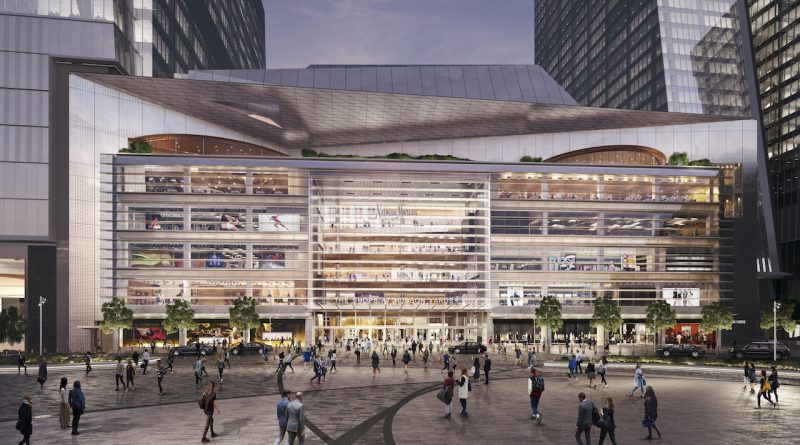 Malls weren’t given the green light during New York’s Phase 2 reopenings, along with outside retailers, plus they’re not among companies permitted to open in Phase 3 or Phase 4. Retailers that set up shop in Hudson Yards when it opened last year are getting restless.

“It’s a lot of hurry up and wait,” said Brian Bolke, founder of concept retailer The Conservatory, which has a store in Hudson Yards. “It’s been very frustrating.”

In early June, he said, a daily email from Hudson Yards owner Related Companies told retailers to be ready to open by June 22 (or day one of Phase 2), and The Conservatory was. Since, retailers have been told to prepare for a July 20 opening, which aligns with the expected start of Phase 4. The assumption, he said, is that current lobbying across social channels to #reopenmalls will prove effective, and that New York Gov. Andrew M. Cuomo will decide to allow malls to open outside of the specified Phases.

“Now, [Related’s] emails are like, ‘Things change at the drop of a hat. We’re checking the website, and you should, too!’” said Bolke. “Stephen Ross [chairman and majority owner of Related Companies] needs to get on the phone with Governor Cuomo.”

As with movie theaters and gyms, a lack of filtration systems within malls’ air conditioning has been blamed for the holdup. On Monday, Governor Cuomo announced that malls must install HEPA filters before they can reopen their doors.

“You can open [a standalone] Saks, but you can’t open a mall? It makes no sense,” said Bolke. Saks reopened its 650,000-square-foot flagship on New York City’s Fifth Avenue on Jun 24. Hudson Yards’ retail space, known as The Shops at Hudson Yards, is 750,000 square feet.

In an emailed statement, a Hudson Yards representative said the company is “currently evaluating the Governor’s latest guidance and will comply with all mandates upon reopening.”

The required air conditioning update is more complicated than a flip of a switch. A head of operations at a NYC-based air conditioning specialist who asked to remain anonymous said that, while malls are installing HEPA filters to their air conditioning units, they should also add UV-C lighting which works to kill bacteria. According to his estimate, assuming access to units is easy and the mall’s A.C. system is basic, it would take an hour and a half to update a single unit. Comparatively smaller malls he’s worked on have had 15 units for the common space alone; individual stores have their own units. The cost for Hudson Yards would be a “union rate” of around $600-700 per unit, he said, adding, “Mechanical engineers are going to have to work with OSHA to work up a game plan on how to get this all done.”

Outside of government-enforced actions, Hudson Yards has “developed and implemented robust new safety protocols for the Shops, in partnership with the doctors and scientists at the Mt. Sinai Health System, to ensure [it is] ready to welcome shoppers back as soon as [it is] able to do so,” according to an emailed statement from the company.

Cheryl Kaplan, co-founder and president of shoe brand M.Gemi, said her company furloughed its retail staff and is waiting for a “real plan” from Hudson Yards before putting reopening processes into motion. The company opened its only store on Hudson Yards’ “Floor of Discovery,” reserved for direct-to-consumer brands, last year. It will take a good two to three weeks to prep the store to open, she said. Bolke also stressed the need for lead time, for hiring and retraining associates, cleaning, re-merchandising and doing inventory.

Kaplan said, when the plan was to open in Phase 2, there wasn’t going to be any “easing in.” Related Companies was asking all stores to open on the same date and to stick to usual mall hours of 10 a.m. to 9 p.m.

Another brand founder speaking anonymously said that there’s going to be “a lot to figure out,” in terms of lease contracts and promises made to retailers. Among promises were 65,000 mall visitors a day.

Foot traffic was M.Gemi’s “reason for being” at Hudson Yards, said Kaplan, listing the neighborhood’s tourists, residents and workers at companies including Tapestry as regular shoppers in the first year. In April, Financial Times reported that three-quarters of Hudson Yards’ retail tenants had not paid rent for the month, after the mall closed on March 17. Last week, after speculation that Neiman Marcus would be closing its Hudson Yards store, it was reported that Related Companies was in talks with companies including Facebook to lease out the store’s space as offices. Neiman Marcus did not respond to a request for comment.

“We’ll have to see who comes back, and when,” said Kaplan. “The Hudson Yards experience is one that we’re kind of going to watch and see. We want to find ways to have the [brand] experience come to life, but like with everything else, we’re going to try to reimagine that and get creative going forward. Maybe it’s not [a store] in a mall; maybe it’s something else.”

Bolke said Hudson Yards saw 20 million visitors in its first year, which were mostly tourists. He said he’s hopeful that locals who once avoided the mall due to all the tourists will rediscover it in the next six to nine months.

Since March, Bolke has been focusing his efforts on the Conservatory’s stores in Dallas and Napa stores, rather than the Hudson Yards, “where we have no control of the situation.”

In the end, that lack of control may be what forces retailers out of the mall.

“The contract has different stipulations, but our goal was to be there for years,” said Kaplan. “This was not like a short-term play of, ‘Let’s go for a few months and see how much volume we can do.’ Obviously, there were expectations, but it was more about building up to something that would be a long-term store. That was the hope and the goal, anyway.”