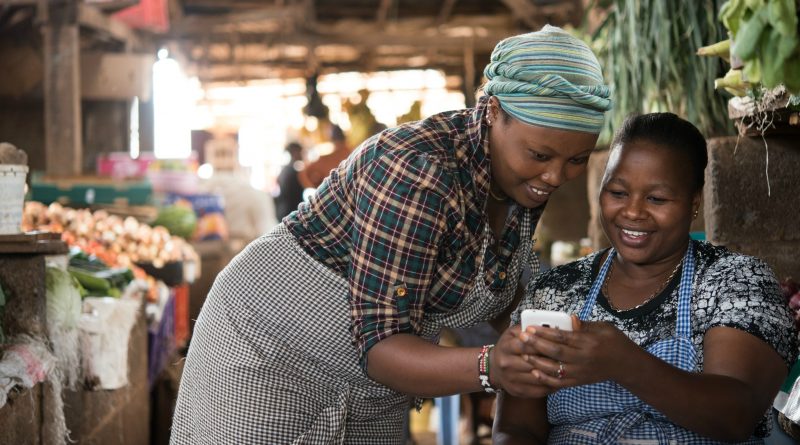 Nigeria’s rising unemployment is not so great news for the country’s efforts to reduce digital inequality which has widened in recent times due to the COVID-19 pandemic.

While the prices of mobile devices have fallen steadily over recent years, nearly 2.5 billion people live in countries where the cost of the cheapest available smartphone is a quarter or more of the average monthly income, says an August report by Alliance for Affordable Internet and World Economic Forum (WEF).

The report found that in Sierra Leone, the average person needs to save six months’ salary to buy the cheapest available smartphone. In India, where almost 18 percent of the global population now lives, the price of the cheapest smartphone from leading operator Jio was 206 percent of average monthly income.

Nigeria was not among the 70 countries covered in the research.

“In Nigeria, we found that no major operator sold smartphones or listed prices on their website,” Calum Cameron, a spokesperson for WEF told BusinessDay. “In future iterations of the research, we would hope to extend our data gathering to allow us to include more countries. Nigeria is obviously a really important country to consider.”

While Nigeria is absent the data shows a correlation with the country. For instance, In Sierra Leone, the average person needs to save six months’ salary to buy the cheapest available smartphone. In India, where almost 18 percent of the global population now lives, the price of the cheapest smartphone from leading operator Jio was 206 percent of average monthly income. The GDP per capita of Sierra Leone was last recorded in 2019 at $488.50 while that of India is at $2169.10.

Although Nigeria’s GDP per capita was last recorded at $5135 in 2019, the World Bank noted that before the crisis, approximately 4 in 10 Nigerians were living below the national poverty line, and millions more were living just above the poverty line, making them vulnerable to falling back into poverty when shocks occur. That number is likely to increase with the lockdown and the impact the virus has had on businesses and the national economy. This is reflected massively in the unemployment data released in August by the National Bureau of  Statistics (NBS).

The data showed a 27.1 percent increase in the number of Nigerians not working. The figure rose from 20.93 million people recorded in the third quarter of 2018 to 21.77 million in the second quarter of 2020. In essence, one in every two Nigerians is either unemployed or underemployed.

“Unemployment reduces purchasing power and that means that connectivity will be less of a priority for someone that has to put survival first,” Gbenga Sesan, Executive Director of Paradigm Shift told BusinessDay. “It’s a catch-22 situation because de-prioritising access means being disconnected from the opportunities that would have provided access to employment opportunities.”

He sees digital inequality representing all forms of gaps (social, economic and more) that exist or are worsened because of the lack of access to digital tools and opportunities. It builds on the digital divide such that the connected gain more opportunities while the unconnected (and disconnected) lose the few they have, and cannot gain access to more.

Nigeria measures digital connectivity with mobile phones and mobile access but these may not always be accurate because of the ownership of multiple devices by many citizens. It is also common for individuals to own multiple SIM cards switching between them in order to take advantage of a particular network’s deals or to maintain service when one network goes down. At the same time, if an individual does not own a phone, they may have access to someone else’s.

The International Technology Union (ITU) also makes the point that the digital divide is more pronounced in access to personal computers and internet use (owing to higher costs) than it is in access to telephones, which are a prerequisite for access to the internet. High-income countries have 22 times as many telephone lines per 102 inhabitants as low-income countries, but 96 times as many computers and 102 times as many internet users. As of 2018, only 23 percent of Nigerians were using a laptop. With the cost of devices going up and incomes not growing at the same rate, it is likely the 2020 data would not change much.

“Even at the 47 percent that have Internet access based on these faulty calculations, it means more than half of Nigeria is not connected. When you drill down, you see that those who live in rural areas and women are the groups that are least connected,” Sesan said.

In terms of access to connectivity, it’s also obvious that the quality of access decreases as you drive away from Lagos, Port Harcourt, Abuja, Kano, etc. Much of the country’s Internet bandwidth is consumed by corporations, not individuals or educational and research institutions. The high unemployment rate means more individuals would fall under the bracket of the millions of people without access to the internet.