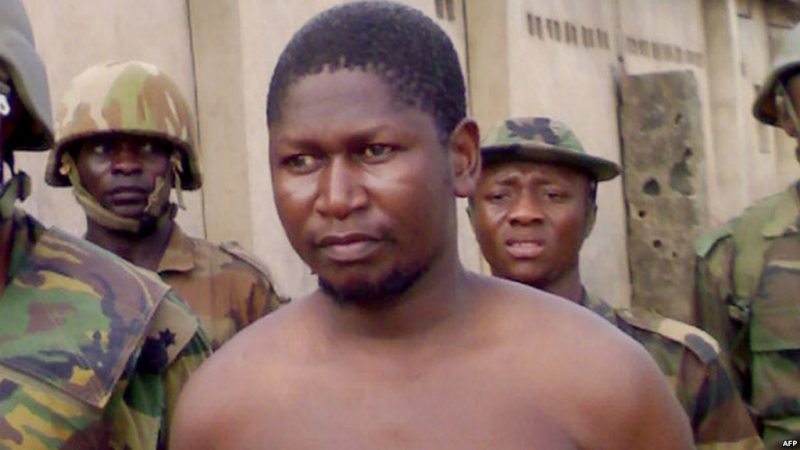 The Nigerian Supreme Council for Islamic Affairs (NSCIA) has revealed how a prominent pastor allegedly bailed the founder of Boko Haram, Mohammed Yusuf, thrice when arrested by the security agents in 2009.

The apex Islamic group made the revelation while reacting to the suggestion by the Christian Association of Nigeria (CAN) that the Department of  State Security (DSS) should probe the Minister of Communications and Digital Economy, Isa Pantami, over his links with terror groups.

In a statement on Sunday, NSCIA Deputy Secretary-general, Professor Salisu Shehu, asked CAN to identify the pastor allegedly linked with the Boko Haram leader in 2008 and 2009.

He said: “If the NSCIA has been as prejudicious and as pathologically hateful, it would have asked Nigerian Government in 2008 and 2009 to arrest and investigate a one time prominent, active and vocal Christian Minister who at three different instances bailed the late leader of Boko Haram when the latter was arrested by the Nigerian Security agents.

“In fact, it is pertinent here to ask the CAN National President that between Honourable Minister Pantami who engaged the leader of Boko Haram in debates against his wrong and misguided ideologies and that Christian Minister who bailed Muhammad Yusuf three times who is it the country should rightly accuse of being a friend, supporter or member of the extremist group -Boko Haram?”

He said NSCIA was shocked by the barrages and deluge of lies, fabrications, and smear campaigns being churned out against Pantami.

NSCIA said it has an unshakeable conviction that Patanmi is “a man of impeccable character, a genuine Islamic scholar, a responsible and right honourable public servant and a person globally recognized as a man of peace and integrity”.

It said Pantami would survive the smear campaigns of calumny and would come out clean and stronger when the storms of wicked lies wither away, as they definitely would.

“It would not take more than a layman’s intelligence to discern the lies contained in those stories and press releases. Besides the fact that they are surely the handiwork of premeditated and well-calculated plots of witch-hunt, they are as well obviously an outburst of hate, mischief and desperation all at the same time.

“As it were, the NSCIA does not normally involve itself in addressing issues that affect individual persons, especially those holding political offices whether Muslims or Christians.

“The NSCIA focuses on addressing issues rather than personalities. It has, however, been compelled to wade into this matter because of the dangerous dimensions it has taken.

“First, those whose stock-in-trade is hate and prejudice against Islam have found reasons albeit unfounded ones, to disparage him, pull him down and his religion as a Muslim scholar with all sorts of awful and dreadful publications.

“Similarly people that do not mean well for this country have also used the situation as a launch pad for fanning the embers of discord and causing disaffection to provoke nation-wide violence and hostilities. In situations like this it becomes imperative to make rightful, just and honourable interventions.

“The Hon. Minister has been leading Friday Prayers, conducting Tafsir, study circles, preaching sessions, delivering lectures for more than 20 years. He has also excelled in his field of computer science/ICT. NITDA was recommended for scrapping. His coming as its DG made it a vibrant agency the impact of which is felt all over the country.

“His appointment as Minister of Communication has brought transformation and vigorous and unprecedented pursuit of mandate of the Ministry. His effort to put the telecom industry on the path of global best practices is appreciated by all patriotic Nigerians.

“His stance on deviant and violent groups are their stance on him are well-known. Then suddenly the mainstream and social media became loaded with all sorts of trash thrown at the Minister. Today they say he was a supporter of Taliban. Tomorrow they say he plotted the killing of Yakowa. Another day they say he is on watch-list.

“The NSCIA as the apex body of Islamic affairs is in a good position to know Ulama and organizations that harbour deviant ideologies as well as moderate and nominal Muslims. The statements and actions of the Hon. Minister speak for themselves.

“The Honourable Minister Pantami remains one of the vital vocal forces against terrorism and terrorists activities in the country. He was among the pioneer Islamic Scholars who publicly and openly condemned the activities and antics of Boko Haram Groups.

“Pantami’s debates especially with the leader of Boko Haram, Muhammad Yusuf, despite possible repercussions, unequivocally, proved him to be frontline and audacious Nigerian scholar against terrorism.

“His recent interventions against terrorists especially the use of internet, digital technology tools and mobile communication apparatus stirs him against the present leadership of Boko Haram.

“The terrorist video clips against Dr. Pantami warning that they would eliminate him are widely circulated by the Nigerian press. No doubt, the present travails of the Minister proved the fact that terrorism is fighting back at those who fight it with Dr. Pantami as a clear example.

“With all these very clear achievements on contributing to the development of Nigeria and indeed to nation-building and peace-making, it becomes really appalling that the National President of the Christian Association of Nigeria would join the ignoble band-wagon of the architects of mischief who peddle lies and fabrications against the Honourable Minister.

“Forgetting the cordial relationship and mutual understanding and trust that exist between Christian and Muslim leaders in the Nigerian Inter-Religious Council (NIREC) and the painstaking efforts we are making to engender peaceful and harmonious co-existence amongst our followers, the President of CAN, obviously driven by prejudice, jumped into the frontline of the unreasonable ones, asking the DSS to go after Pantami.

“The National President of CAN needs to be reminded that the NSCIA has always exercised restraints on issues involving individual political office holders except when it becomes ultimately necessary like in the present case”.

“At this point, the NSCIA wishes to commend the courage, brevity, rightful intervention and patriotism of the Kaduna State Branch of CAN for standing up for truth and saying it as it is through their statement which unequivocally distanced Dr. Pantami from the mischievous allegations peddled by purveyors of hatred with vilifying vituperation of venom as news causing confusion in the land. It certainly takes brevity to say the truth and stand by it and on its side. This shows that the CAN President did not consult widely and it also shows that there are well-meaning Nigerians across all the divides.

“The NSCIA calls on Muslims and other well-meaning Nigerians to shun those trying to use any slightest opportunity to create disaffection among Nigerians”.

Nigerian Newspapers: 10 things you need to know this Friday morning 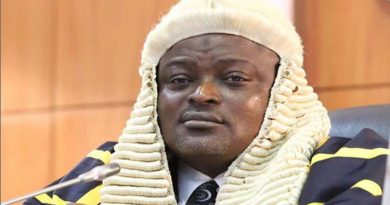