In July, Hourglass plans to unveil an innovation around sustainability that’s been in the works for years, revealed Carisa Janes, founder and chief executive officer of Hourglass.

“It’s probably the most disruptive, innovative product we’ve ever launched,” she said.

The brand is utilizing refillable packaging in a new way and is working to ultimately decrease consumption of single-use plastics. The creation, also customizable, will give consumers a “personalized way to engage with products,” according to Janes. “I’m also proud of the way it looks. I wanted to create something sustainable and beautifully designed, a luxurious and chic keepsake that is meant to be reused again and again and not thrown away, which helps reduce waste overall and is more cost-effective over time.”

Sustainable initiatives in the works include the rollout of FSC-certified unit cartons for Hourglass’ core products this summer and the release of two limited-edition palettes made of tin, available for holiday. Skin care, too, will be a “key focus” as Hourglass expands its “equilibrium” collection.

“Eye will also be an exciting category as we continue to push innovation in the vegan and cruelty-free space,” she added.

Hourglass, which recently introduced skin care, launched as a cruelty-free luxury cosmetics company in 2004. The brand was 80 percent vegan then but has since worked to transition away from the use of all non-vegan ingredients, including beeswax and lanolin oil, which “can be associated with harmful production processes,” Janes noted.

“If you think about the way inventory works, we haven’t sold through everything, but everything new that’s been ordered is vegan,” she added.

That journey of becoming 100 percent vegan began after a chat with Unilever’s chief executive officer, Alan Jope, as he and Janes met following the brand’s acquisition in 2017.

“What are the barriers to going vegan?” Jope had asked.

“We were discussing that we had just announced publicly that we pledged to be vegan by 2020,” Janes said. “He asked the question during the meeting…and the big one for us at that time was carmine.”

Carmine, a coloring produced by crushing female cochineal insects, has been utilized in cosmetics for its vibrant red pigment, but it’s also used in foods and drinks, listed in ingredients under carmine, carminic acid or cochineal extract.

“At the end of the meeting, he says, ‘I’ve sent a note to the head of [research and development] of Unilever,’” Janes continued. “He’s like, ‘I’ve asked him to make this his number-one priority to find a solution to this carmine issue.’ And I was just so blown away, because, you know, Hourglass in the world of Unilever is like a cup out of the ocean, basically. I mean, we’re so small….The project kicked off right away. And we started working on this replacement.”

In March, Hourglass introduced the ingredient “Red 0,” its vegan alternative, through the release of a limited-edition $40 red lipstick. A creamy, richly pigmented and buildable red with a satin finish, its packaging is slim and embellished with a beetle. 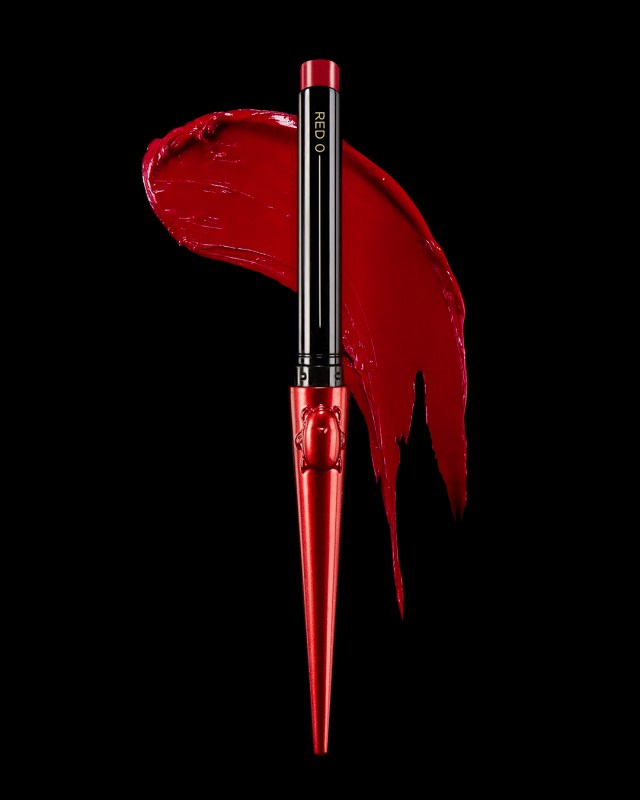 “The biggest challenge was sourcing high-performance vegan ingredient replacements,” Janes said of the process. “We couldn’t find a sufficient substitute for carmine, so we took on the feat of developing a vegan alternative that could accurately replicate the intensity and depth of the original.”

The launch is the brand’s newest addition to its Confession line, a collection of vegan — and refillable — lipsticks that come in 32 shades. It’s the brand’s bestselling product globally, Janes said.

The new release is “an educational opportunity for consumers to understand what it means to be vegan,” she added. “At least for me, I didn’t know myself that for every pound of carmine, there are 70,000 insects used for one pound, which is basically 1,000 insects per lipstick. Finding replacement for these animal-derived ingredients is so important, and I don’t think people really know what it means, what they’re putting on their face and even what they’re ingesting. When the consumer has a deeper understanding of what’s really going on, I think that this will push brands, businesses, manufacturers to really find vegan alternatives that not only are as good, but potentially can perform better.”

A brand isn’t “truly” cruelty-free until it’s vegan, she said.

“It’s interesting, because cruelty-free doesn’t mean animals are not harmed,” she continued. “And so, I think internally when we talked about being cruelty-free and people really celebrated that we were cruelty-free, we just kind of thought, ‘Well, it doesn’t really feel right if we’re not vegan.’”

As the brand works to innovate the category, Janes looks forward to the brand’s upcoming initiatives. She’s had sustainability in mind from the start.

“We had refillable products when we launched,” she said. “No one knows that really. But we did. People didn’t care at all. But now that’s changing.”

Consumers today more than ever, accelerated by the pandemic, are more conscious about their purchases, how products impact their health and the environment.

For more from WWD.com, see: