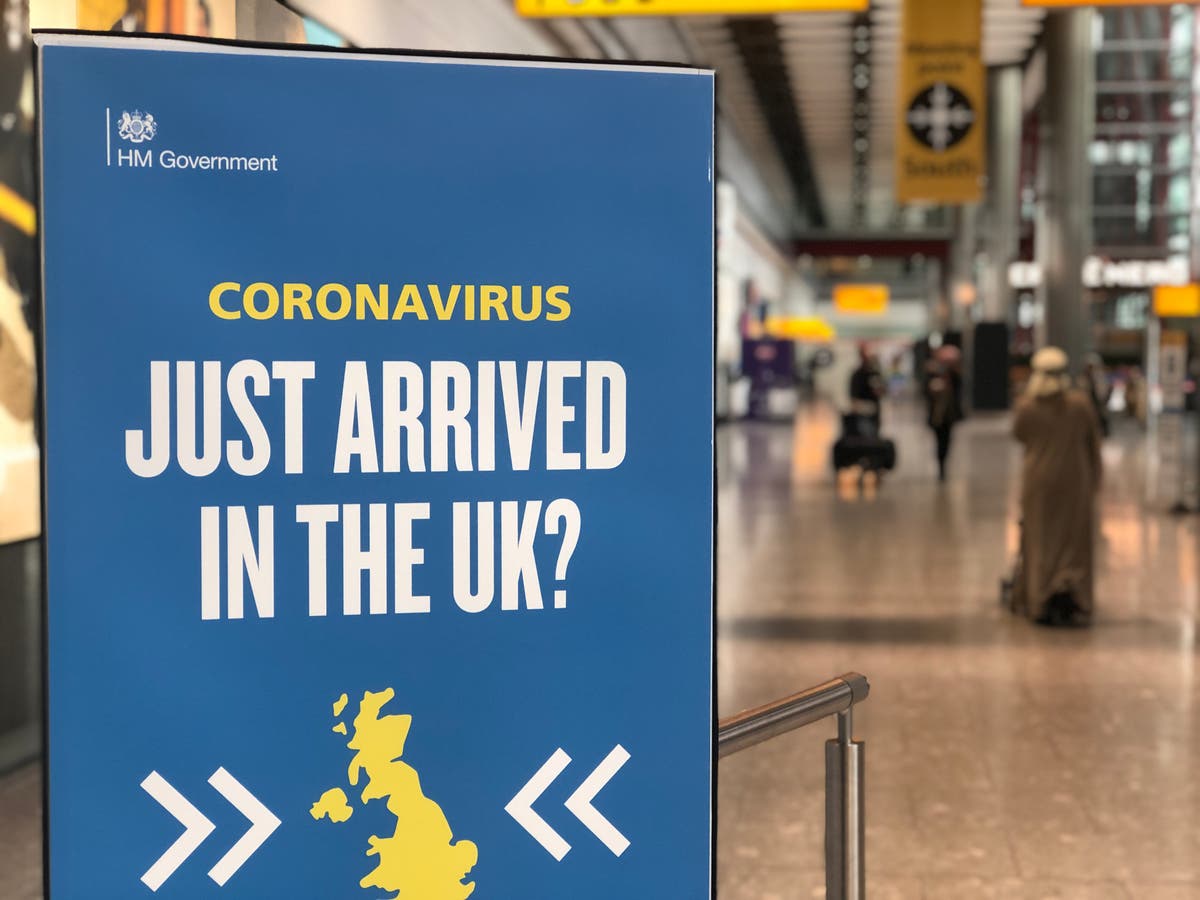 Governments in the UK and Scotland have brought in different policies for hotel quarantine for arrivals from abroad. These are some of the key questions.

What is hotel quarantine?

Anyone arriving who has been in a country on the UK’s travel ban list in the previous 10 days before arriving is required to purchase a “quarantine package” online – and go straight into managed isolation in a hotel room for 11 nights.

The same applies in Scotland to all direct arrivals. But people arriving via other Common Travel Area nations – in particular England and Ireland – need not stay in a hotel.

How long is quarantine for?

Eleven nights, which involves 12 days. Someone who arrives on 1 March will be free to go at 0.01am on 12 March, the 12th day since they arrived in the UK .

Transport back to the airport of arrival will be provided

How much does it cost?

Individual travellers pay £1,750 per person. But additional people in the same hotel room pay significantly less. The second pays only £650, with further discounts for children aged 5-12: £325 each. A family of four with two children aged 5-12 will pay a total of £3,050.

What if I can’t pay?

The government in England says: “For those facing significant financial hardship as a result of this charge, there will be an opportunity to apply for a deferred repayment plan when booking.

“This is only available for individuals who already receive income-related benefits, and you will be required to pay back your debt to the government in 12 monthly instalments.

The Scottish government has established a “Managed Isolation Welfare Fund”; we are waiting to find more details.

How many travellers will this affect?

The government in England has booked 5,000 rooms in 16 hotels, which suggests perhaps 700 people a day could be accommodated. The actual number is proving much lower, since anyone in the “red list” countries was warned for weeks to get back to the UK before the measures began.

In Scotland, six hotels close to Aberdeen, Edinburgh and Glasgow airports with a combined capacity of 1,300 rooms are beingh used. In the first week of February, an average of 104 people per day arrived on direct flights into Scotland. The government in Edinburgh intends that figure to be much lower from 15 February onwards. Even if that does not happen, there will be more than enough rooms to go around.

Who are these travellers?

Only UK and Irish nationals, and permanent residents, may return from red list countries.

Some may be returning from long-stay holidays or family visits; others will be professionals in specialist fields, such as oil, IT or finance; but the most numerous category is likely to be people who have had to go abroad at short notice for family emergencies.

Will other countries be added to the “red list” – or perhaps subtracted from it?

Possibly. Responsibility rests with the Department for Transport (DfT). Decisions will be based on coronavirus rates and potential trajectory of the disease.

In the past announcements on changes to “travel corridors” have been traditionally made at 5pm on Thursdays by the transport secretary, Grant Shapps. This pattern is not expected to continue; announcements will be made as and when necessary.

If a traveller is in a country that is put on the “red list” they will face restrictions on their return to the UK. It is not clear if someone who has been back from, say, Spain, for a couple of days will be required to go into hotel quarantine if the nation is placed on the red list, but that prospect looks unlikely.

What happens if someone arrives in the UK from a red list country and is continuing on to another nation?

“Airside” transit – where the passenger does not go through UK border control – will be permitted without restriction. But if it is from a different airport then hotel quarantine will apply.

If the final destination is a UK nation, the hotel quarantine will be carried out at the first point of entry.

Can my family visit me in hotel quarantine?

Can people spend less than 10 days in hotel quarantine if they wish to return abroad?

Yes. As with travellers from non-red list countries, people in quarantine hotels can leave self-isolation of they are travelling abroad; for example they could stay just two days in the UK, so long as they travel to their quarantine location direct from the airport and leave direct from there on their departure.

One reason to be able to leave is “to travel directly to leave the Common Travel Area”.

But it is difficult to see any point being in the UK for a short time if you’re confined to a hotel room with no guests allowed.

Do the rules still apply to people who have had one or both coronavirus vaccinations?

Yes. And also to people who have recovered from Covid-19.

How will hotel quarantine be enforced?

“By carriers at the time of departure” – except those airlines, ferry companies and train operators won’t know if you have been in a red-list country. Their role is to ensure that you have had a Covid test, which the UK requires of arrivals, and have completed a passenger locator form (PLF).

“By airport staff throughout their journey” – this makes no sense. Airport staff are not concerned with enforcing UK health requirements beyond checking that passengers meet that basic requirement for a Covid test before a flight to Britain.

“By Border Force officers on arrival” – this is the main check. Officers investigate the travel history of arriving passengers, initially by leafing through their passports. They may ask supplementary questions.

People found to have lied on their PLF, by omitting a visit to a red list country, face 10 years in prison under the Forgery and Counterfeiting Act 1981.

“It is an offence for a person to use an instrument which is, and which he knows or believes to be, false, with the intention of inducing somebody to accept it as genuine, and by reason of so accepting it to do or not to do some act,” the law says.

What if someone who has been in a red list country fails to book a hotel quarantine package?

They are likely to be identified by UK Border Force officials, using the methods above (identifying travel history, looking at passport stamps, asking questions). Such travellers will face a fine of £10,000 and will be required to buy a quarantine package at the point of arrival.

What if there are no passport stamps in the passport?

Officials may also have some access to airline booking data, which for example will show if a passenger has travelled from Lisbon to Paris before flying on to Heathrow.

But there are plenty of other lines of investigation, from asking for details on accommodation locations abroad to checking photos on the traveller’s smartphone.

How will the testing be carried out on days two and eight?

How will “test to release” fit into all of this?

For arrivals in England from red list countries, there is no option to leave quarantine after five days.

What is happening with people’s special dietary requirements?

They will be respected. But don’t expect gastronomic miracles.

What if a hotel quarantinee has pets, in particular one or more dogs?

This is a particular concern for people returning from Portugal with cats or dogs. Only guide dogs are allowed.

Will alcohol be allowed?

Travellers who have brought in duty-free will, it is assumed, be able to consume it in their rooms.

In addition drinks will be available at normal room-service prices. Deliveries from outside may be allowed. 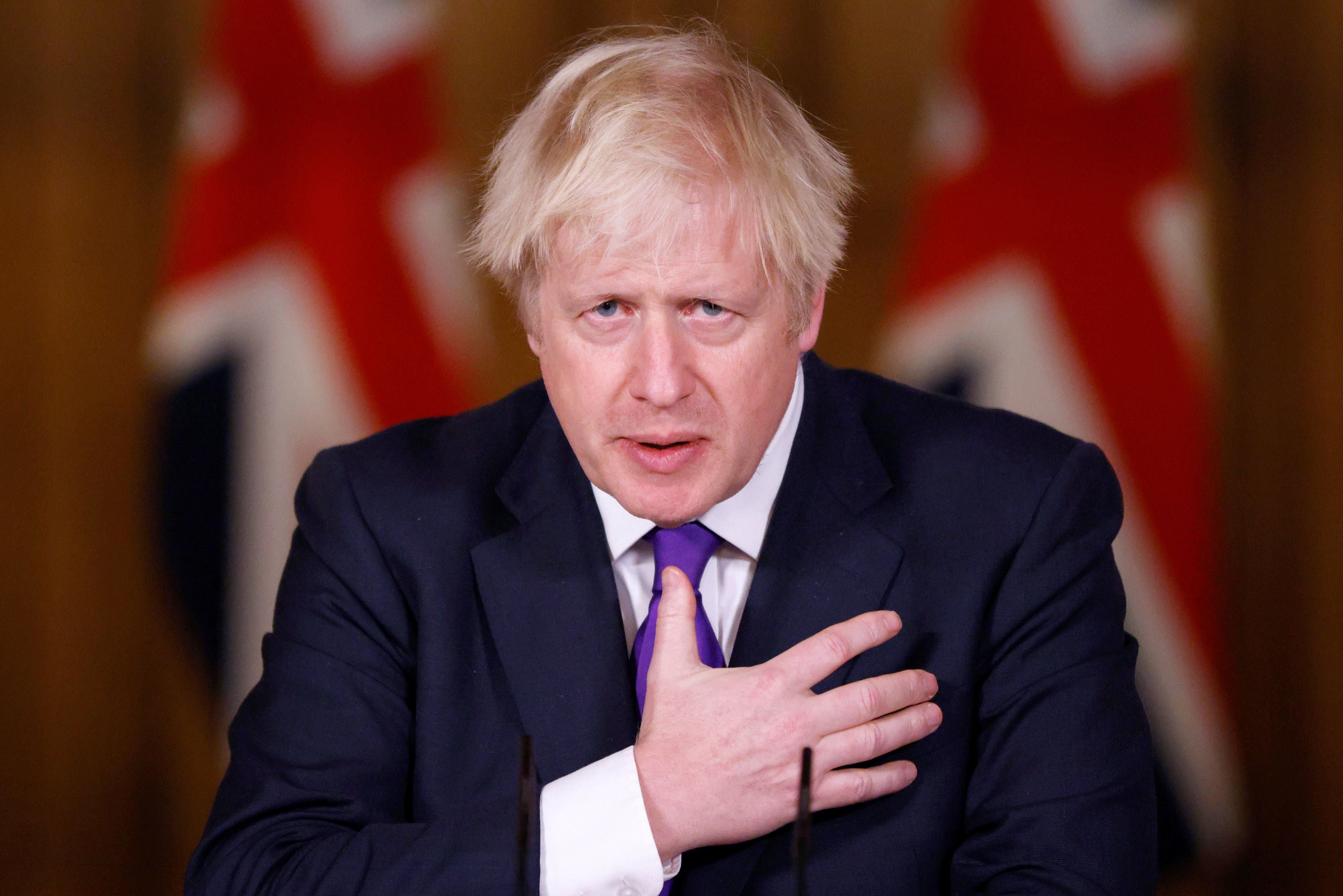 Boris Johnson’s 2020: A tumultuous year that upturned all PM’s hopes 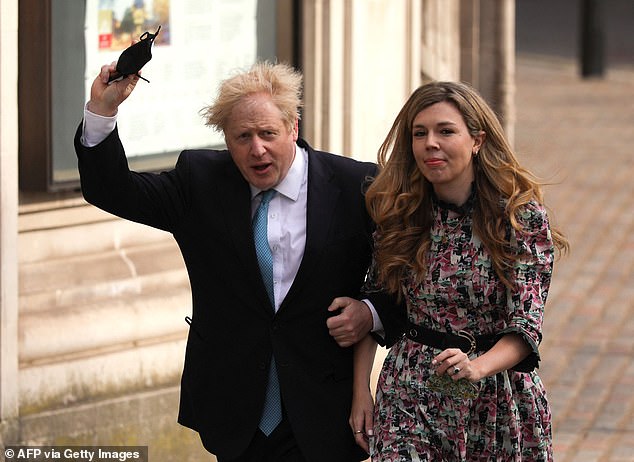