A skyscraper is constructed for an organization. Few days later, a fire accident occurs and the building reduced to ashes. Assuming the organization has no insurance, then that means it has eventually collapsed. Events like this and its similitude illustrate the effect of building one’s success on dishonesty. No matter how talented one is, incorporating dishonesty into his character totally destroys his success and turns his efforts and potentials into nothing. At times, we wonder why so many talented and intelligent individuals end up in a miserable state of disgrace and failure. It’s not that they are not determined or focused; it is simply because they fail to possess a core value known as honesty. Lack of honesty is worse than a disease. A person who plants its seed in himself soon finds it spreading all around his life like wildfire. It keeps on manifesting until his day of reckoning. Anyone who really wants true success has to exhibit honesty in all his affairs.

For an individual to display honesty to others, he has to first develop honesty with himself. This is done by actually accepting yourself for your right actions and mistakes. Most people fail to admit their weaknesses. Such weaknesses generate into problems for them and create agonies in their lives. They tend to develop negative attitude and lose their morale. For instance, a drug addict who fails to accept the fact that drugs shorten one’s life will find it difficult to put an end to the bad habit. As a result of his being dishonest with himself, he is disillusioned with the belief that drugs make him productive. He compounds his problems by the day and end up in regret. Honesty is a core value. It is the bedrock of goodwill and reputation.

Moreover, people who are not honest with themselves and others don’t think big. They do not see opportunities that lie ahead for them. These guys are small-minded and keep on living their lives on the edge. For you to embark on a great task, you have to know about your self and the task ahead. However, you need honesty to achieve these two goals. You have to be truthful when accessing yourself and making productive decisions. Don’t deceive yourself, be open-minded. A closed mind can never receive anything into it. That is, if one is not open-minded, there can be no room for improvement and learning for him.

Success does not come with just accomplishments, it comes with credible accomplishments. So many people are gifted and strive to get to the top. But as a result of their dishonesty, they fail to get a seat in the achievers’ arena. They destroy their reputation and loose respect. This is common among people in public offices. They cling to bureaucracy, embezzlement and other forms of corruption. They believe that amassing wealth is a faster route to success. They are sure to get that short-lasting wealth. But nothing comes and goes without its price and recompense. Their recompense is disgrace and humiliation. What a loss! This is what we see in our society regularly. An example is the just-arrested former president of Liberia, Charles Taylor. The whole world knows how he deceived his people by taking them to an unreasonable war. He made them believe that he wanted the best for them. After embezzling of his nation’s wealth, he sought for refuge in Nigeria. But now, nemesis has caught up with him and he is swimming in his pool of disgrace. Imagine an ex-president in handcuffs! He has lost global trust, credibility and repute.

Every one (of any category or class) needs to be honest in other to succeed. Dishonesty destroys success. A boss who is not honest with his employees might not make a good turnover in his company. He is sure to have an unhealthy employer-employee relationship and also loose existing and prospective customers. Dishonest employees are also sure to loose on the long run. Also, as citizens of our respective countries, we need to be honest by performing our civic duties for growth and stability in those countries. Why don’t we have most top government officials listed or ranked among the richest men in magazines like Forbes? It’s simply because most of them, despite their wealth do not earn good reputation, since they stole from public revenue. I am not saying all of them, but most of them. Dishonest people never get good recognition.

In addition, when you are dishonest with others, you cheat yourself, not the other person. This is because a person who treats others dishonestly gets treated dishonestly. He who lives by deceit surely harvests deceit. Therefore, you must know that dishonesty doesn’t pay on the long run. The rewards might be rosy and fast, but they are just short-lasting and regretful. So why gamble with your integrity? Why live in a mirage? It is your responsibility to protect your image. There is no excuse for being dishonest.

More importantly, no matter how many veils you use to cover dishonesty, it still uncovers itself. It can never be hidden for ever. People will see it vividly and build a general perception about a dishonest person. Unlock your success by being honest! Remember that; if we live by the rule of honesty and accept our problems, we can go far down the road of achievement. 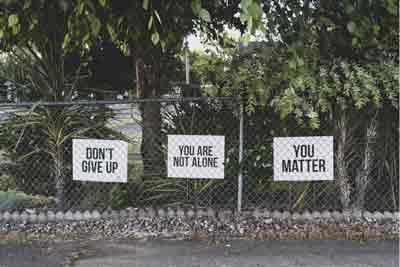 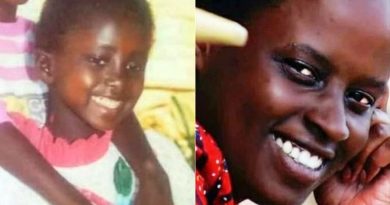 Whatsapp Reunites Girl With Her Family After 20 Years Of Disappearance