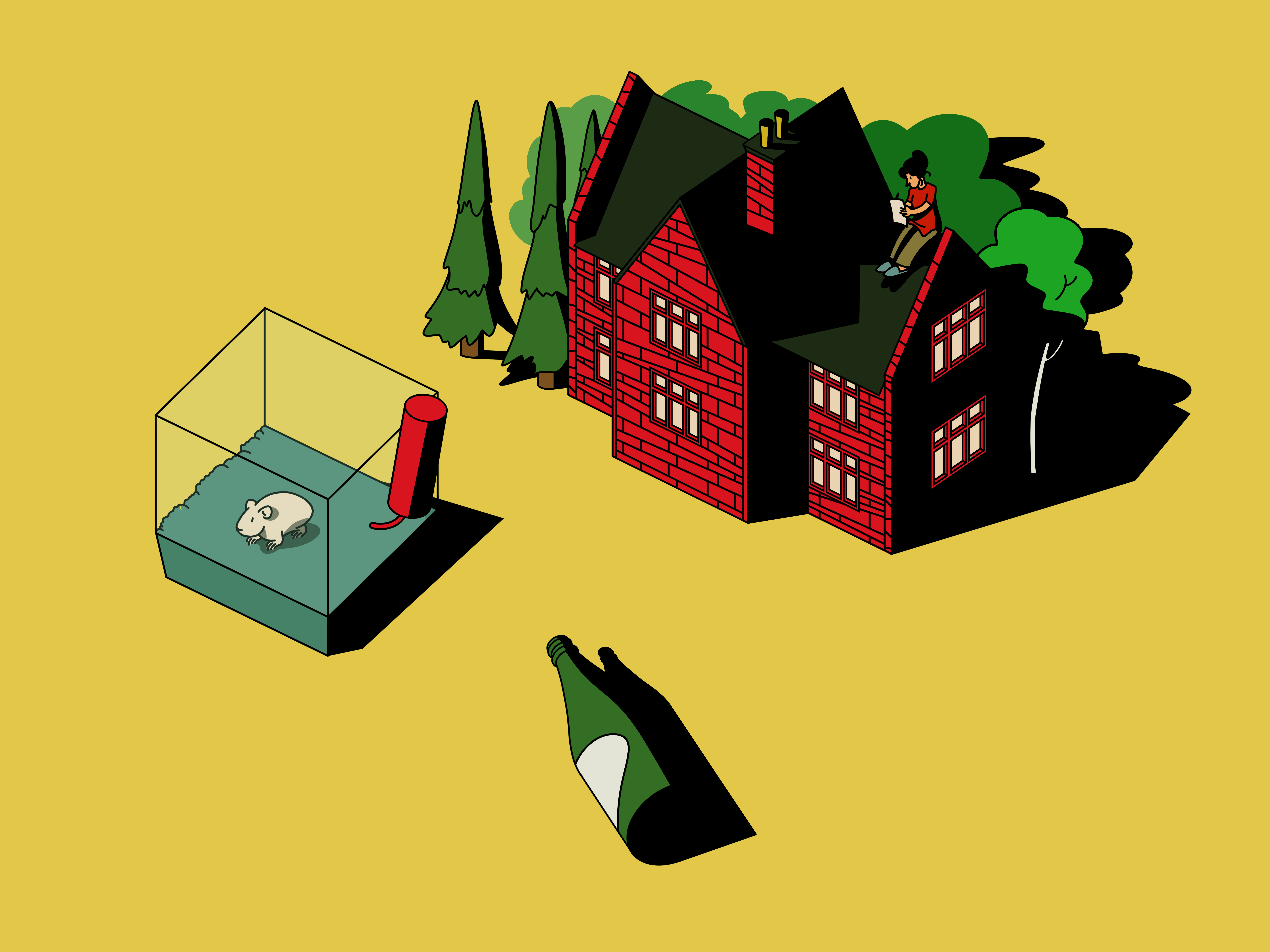 Happy New Year! Can’t be worse than the last one, can it? Touch wood. Spit in a magpie’s eye and all that. I’m not going to repeat the mistake I made last year of announcing that 2020 was going to be “my year” this time round. I’ve been saying that every 31 December since 2008 and each 12-month period that followed the pronouncement was slightly/catastrophically worse than the one before.

If the events of New Year’s Eve are a sign of things to come, however, this year may be different. I spent 31 December 2019 with my best friend Liz and her new husband Fred at their lovely place in the country. We ate delicious food and sank several bottles of fizz. We laughed and danced and at midnight their neighbour, the Foxy Farmer (who may or may not have been in the SAS before he bought the cider orchard next door), tipped me backwards and kissed me, just like in that VE Day photograph of the sailor and the nurse. Blimey, I thought. Things are looking up.

On New Year’s Day, Foxy joined us for a walk and listened with interest while I told him about my plans for the year ahead. I was 48.  I would be turning 49 in October. I’d decided it was time I did at least some of the things I had always wanted to do. The first step was to quit my hideous job at Bella Vista PR. Then I would put my stuff into storage and rent my flat to some other sucker while I embarked on a grand tour, making the most of my EU freedom of movement before it ran out.

Foxy seemed impressed. While Liz and Fred disappeared in pursuit of their bonkers terrier Jimmy, Foxy kissed me again – a sober kiss in daylight is worth three on New Year’s Eve, right? – and asked “Trudy, can I meet you when you get to Ibiza?” I played it cool while inside every cell of my body was screaming “Hell, yeah!” I got the train back to London the next day without a care in the world. Even the first team meeting of January could not dent my mood. Which made Bella the boss suspicious.

Anyway, you know how 2020 turned out. Started full of promise, ended with me still single, still working for Bella Vista PR, still not having realised my Ibizan dream and celebrating New Year’s Eve on my own in my flat in Balham. Well, not entirely alone.

Bella and her family took one of the last planes (and the mutant strain) out of the UK on 19 December. Before she left, she paid a brief socially distanced visit to me, to place a bottle of Lidl champagne and a cage upon my doorstep. Standing well back, she gave me the instructions for the contents of the cage. “One cup of seed a day. Top up the water bottle. Change the straw when you can smell it.” I could already smell it.

“I so appreciate this,” she said, clasping her hands together. “You don’t know what a life saver you are.”

Literally, in Minky’s case. When Bella’s original hamster-sitter let her down – had to self-isolate – Bella planned to give Minky the whole fortnight’s food at once and leave the cage outside on the patio so the poor thing could drink rain water when its bottle ran out. Call me a softie but I couldn’t have that. It would have been kinder to set Minky free and let her take her chances with the local cats.

“We’re all so grateful,” Bella said. “Have a lovely Christmas. Are you, er, doing something exciting?”

I was planning to spend the day with my brother’s family and mum but by the time Bella was halfway over the Atlantic, taking off her mask only to sip complimentary champagne, London was in Tier 4 and I had been disinvited. Not that my sister-in-law offered me a refund for my share of the Christmas lunch.

As it turned out, my lonely Christmas was not so bad. I didn’t miss any of it as much as I’d expected. Christmas Day has never been the best part of the season for me. But New Year’s Eve was different. I worked out that I’d never spent New Year’s Eve on my own before. I’d always been in company as Big Ben struck 12. Even if there had been five years in a row when that company was just my ex-husband Gideon, performatively snoring on the sofa to get out of giving me a kiss. As midnight approached, I’ll admit it felt weird. OK, sad. It felt sad. Even though I knew that no one was exactly partying, fact is most of them were “not partying” with someone else.

I deliberately missed the Brexit bongs that marked midnight in Brussels, but at a minute to twelve GMT someone let off a firework and outside there was a clashing of pots such as I hadn’t heard since the last Clap For Carers. Arse! I’d forgotten that Brenda from number 18 had organised a “banging” on the street WhatsApp group. I dragged myself to the doorstep. The only time I tried to get out of Clap for Carers, Brenda had marched straight over and hammered on my window. I’d pointed at my laptop and pretended to be on a Trans-Atlantic Zoom call. She wasn’t having that.

“You aren’t clapping. Is something wrong? Have you got symptoms?”

I wasn’t risking that again. So I stood on my doorstep and gamely raised my mug of gin in Brenda’s general direction as the old year ebbed away. Some of the more community-minded neighbours were toasting each other from a safe distance in the centre of the road. They were having quite a daring little party until a rogue Deliveroo driver roared straight through the middle of their gathering and that was the end of that.

Back inside, I felt more pathetic than ever. Another year over.  Another year older. Was I going to be in exactly the same position in 12 months’ time? When I was 50? I needed a hug. I decided to get Minky out of her cage. I hadn’t tried it before so I was pleased when she didn’t run away from my hand.

“It’s just you and me, Minky,” I said, lifting her up to my face so that I could snuggle her soft grey fur. She looked so sweet as she blinked her little black eyes. She was my spirit animal. But as I pressed her to my cheek I felt a sudden sharp pain.

I immediately let Minky go and she dropped to the floor. By the time I realised that the little swine had actually bitten me, she’d disappeared, dashing into some dark corner of the room and under some heavy piece of furniture that I wouldn’t be able to move.

Happy New Year, right? Bitten by a sodding hamster. With a start like that, it really can only get better.