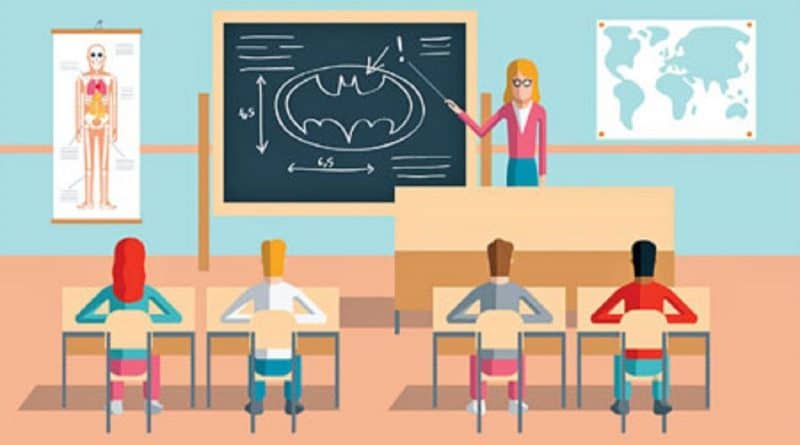 In St. Anthony’s College Ubulu-Uku, or any other secondary school for that matter by the early or mid-1970s, deep respect went naturally to the teachers and the Principal was almost, well, em, eh, ah, a god.

Yet, you needed to have been to this particular school to understand the sort of respect which was reserved for “Pa”, (yes, we called him that, behind his back of course). Chief Peter Adinma Dunkwu became the school’s Principal in 1968, and left the post in 1973, yet, his successors and ex-students still call him “Principal”.

He was the third Principal of that school – behind the founding Principal, the late Ambassador Cyril C. Uchunno and the late Rev. Father Anthony McDonagh, an Irish S.M.A. Priest. Dunkwu inherited a superlative structure and nurtured it fittingly. For instance, in 1967, a year before he became Principal, the school produced Mid-West state’s best student in the West African School Certificate examination, in Prof Christopher Ogbechie (now of Lagos Business School) and perhaps the second best in Engr Evans U. Jegbefume.

When Dunkwu took over in 1968, St. Anthony’s became the undisputed field and tracks powerhouse from Agbor to Asaba, and the following year, won the Frank Giwa-Osagie Football Cup for Mid-West as well as scored a solid 100% pass in School Cert exam. By 1970, her athletes such as the late sprinter, Peter Ofili alias (CKC) was already conquering Nigeria in the sprints and the school was posting first and second positions routinely in the Divisional and Zonal AAA encounters. Also, it became the best ever in Table Tennis in the entire Mid-West/Bendel – winning the Adeola Table-tennis Cup year for almost uninterruptedly from 1970 until the competition stopped.

Chief Peter Adinma Dunkwu is among those who do not know when to retire. He is in his 90’s, yet, he just recently launched a second edition of his book, A HISTORY OF OPKANAM. Oh, he wrote the original one while he was in his 80’s. That was the typical Dunkwu, a man of variegated sides, a has never been satisfied with his own best, no matter how superlative it may be – whether as a man, a teacher or school administrator. That was how, in 1969, he engaged the late football buff, late Pa John Chukwuma Ojidoh, (yes the FIFA-badged referee and sports administrator to help train the school in sports for several years. It was no surprise that Ojidoh was on the Anthonian side when it bagged the Giwa Osagie football cup.

In 1972 the state experimented with the league structure of football competition instead of the usual knockout, Anthony’s could not progress beyond the zonal level, because she drew several matches. “Coach Ojidoh”, as we called him, gave the state authorities the names of three students to invite to the Academicals camp. They doubted how a school that did not go beyond the division could have three footballers worthy of the Academicals camp. Ojidoh stuck to his guns and a special match was arranged between Anthony’s and St. Columba’s, Agbor, as he also was pushing that some boys be invited from there.

It was a 2-2 draw. In the end, Okonji Emma Ogeah and Kabadi Joseph (they scored the two goals for the school), Dike Pius, Alika Andrew, Sunday Ezeana and two others were invited to the Bendel Academicals camp that year, instead of the three Ojidoh had recommended. Several Colomba’s boys, including the superlative goal keeper, Kwasalopo, were also invited.

Okonji later continued his education in Lagos where he mingled with other footballers, in and off the camp, and became friendly with bourgeoning stars – a benefit the mates he left behind in Anthony’s sourly lacked. But the Anthonian in him had the upper hand for he chose academics over soccer and today, he is a London-based health professional with a booming hospitality business in Asaba as a side kick.

St. Anthony’s College had starter-blocks for sprinters – even in Dunkwu’s time. The goal-keepers had knee pads too. That village school had two concrete Lawn Tennis and even played Cricket in Dunkwu’s time, even as the students had to go to the Iyi-Ago stream to fetch water, while their mates at Immaculate Conception College or Edo College, Benin or Hussey College or Urhobo College, Warri or Federal Government College, Ughelli, had pipe-borne water.

This village school had facilities,  including six Table-Tennis halls (one for each hostel and a massive central one). It had a Basket Ball and Volley Ball pitch. But Table Tennis dominated as every flat surface become an improvised Table Tennis board. She excelled in everything, including cultural displays and drama. She had it all.

Yet, as Mr. Chuks Egbe (1969 set), pointed out to me, to dwell on sports is to do Anthony’s a real disservice because the school’s main focus was academics – pure and simple. Egbe, a well-connected businessman who once worked at the Nigerian Mission to the UN, was right; his set made a 100% pass, even as the civil war raged and the Anioma area was in disarray.

Many Anioma schools did their Biology, Physics and Chemistry practical there as the school’s laboratories were impressive.  Hey, even Geography lab was there in my time.  One day, four boys representing different classes attended a scholarship award exam in Benin; they all passed! The school’s old boys abound in academics and the professions.

Looking back, Dunkwu prepared well for the job. This Okpanam chief studied Maths at the University College, Ibadan, and King’s College, University of London, and had a special interest in Educational Psychology. He toured Europe in 1962-63 on Comparative Education study tour – while on a leave of absence from Anthony’s.

He remained for many years Secretary, Amateur Athletics Association, for Asaba Division, the Secretary, Conference of Principals of Secondary Schools (Mid-West), later Vice-Chairman, Union of Teachers (Mid-West), represented Bendel State in the West African Examination Council and has served as National President, University of Ibadan Alumni Association. He is a pillar of his community, and helped found the town’s first secondary school; St. Mulumba.

To Anthonains, he remains “Pa” the PRINCIPAL!

Nigerian Universities and the Imperative of E-Learning — Economic Confidential