I’m bouncing along on a washboard road raising dust in great billowing clouds and wondering what the hell I am doing. My friend and I were struck by the Baja Adventure Bug at the same time and I talked her into taking a drive with me to a place I’d seen on the map west of the vineyards of Santo Tomas called La Bocana. I was actually hoping to get a story about early wine production and the shipping that was said to have happened there, predating the Russians in the Guadalupe Valley. But as sometimes happens, the story became the adventure.

We passed by great expanses of onion fields in a lush valley cut by the dark green mountains of Sierra Seca. I marveled at the production going on as workers sat by huge piles of green onions, the aroma reminding me I was hungry. I stopped to take a picture and waved. By the hearty response, you would have thought a party had just broken out.

Still considering I was making a big mistake, we pushed on deeper into the valley toward the illusive Pacific. The hills became a mixture of red stone and golden sandstone. We stopped at a cattle crossing and the fence to the right had a sign that read Punta China. Later I would learn from Horacio Gonzales of Terra Peninsular that La Bocana was actually where in the early 1900s illegal Chinese immigrant were dropped to make their way to the fields of Mexicali. Just south of La Bocana the point of land was named after the Chinese immigrants. Sadly, uncountable numbers never made it to Mexicali and their dream of finding work.

Finally we arrived to where the “mouth” met the sea, and it was so foggy we couldn’t see the ocean. I was really disappointed as I saw my “story” was turning into basura, Spanish for garbage. The La Bocana store was closed and we wondered if it was actually ever open. A grassy area for camping was inviting with shade trees, a lagoon and bird sanctuary. At one time this was a busy fish camp, but this day it appeared peaceful and quiet. Certainly La Bocana is ideal for fishermen and hardy campers who want to stay for awhile. We saw nary a soul on the beach. Surfers, also a hardy breed, venture to La Bocana because, as they say, an”exposed sandbar/point break has fairly consistent surf. Summer offers these favored conditions. The best wind direction is from the northeast. It tends to receive distant groundswell and the best swell direction is from the south/southwest. The beach breaks peel to the right and also offers a left hand point break too. Rarely crowded. Watch the rips!”

I didn’t get the collaboration I wanted about wine shipping by sea, but I happened upon a real find after I got home and did some research. As it turns out,La Bocana is the location where a now famous book, “God and Mr. Gomez,” was set. Jack Smith, a LA Times columnist decided in 1969 to build a getaway home in Baja. Having just driven the 17 miles of dirt road it must have been a nightmare 43 years ago. I couldn’t imagine why he would have picked a place so difficult to haul his materials to when the northern Baja coastline was fairly untouched at that time. Jack met a man named Romulo Gomez, considered the patriarch of La Bocana. Together they built a house. Most who love Baja know the very humorous story. The house still remains just north of La Bocana near Punta Santo Tomas. As it turns out, the adventure became a story of living life in Baja and the surprises along the way when you get out your map and go for it. La Bocana offers camping, good fishing, surfing, and literary history on “a road less traveled.” 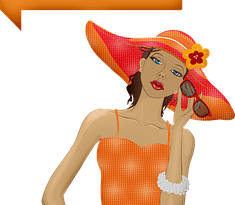 The Most Beautiful 1 Way to go Braless Every Single Day

Fourteen Magazine Reviews For You and Your Family

Women With No Voice – A Testimony