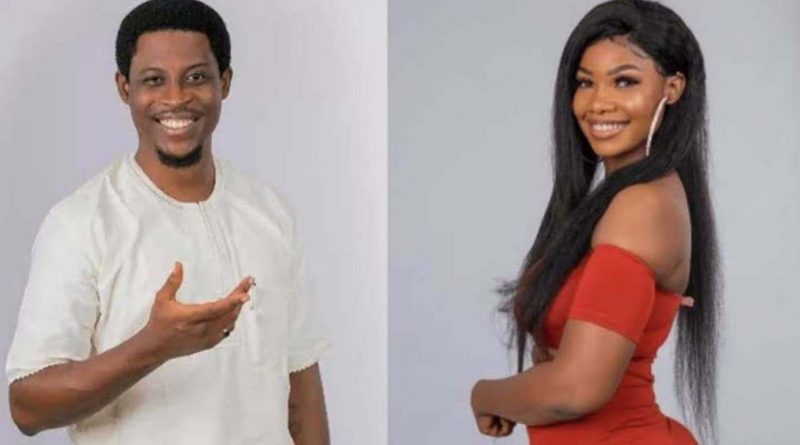 Entertainment
June 19, 2020June 19, 2020 Stan 0 Comments
Shares3LinkedInFacebookTweetPin
LiveChat will greatly increase the number of your satisfied customers. I've already tried it and I can recommend it as a go-to customer service tool! Sign up today for a free trial!

On BBNaija Pepper Dem Reunion Day 11, some of the ex-participants, who had unresolved issues while in the House, finally got the chance to reconcile.

Here are some of the highlights of the show;

Seyi started off saying he honestly doesn’t know how they stopped being friends but Tacha switched up on him, saying he has not achieved what she has achieved at her age.

Tacha, in her defense, said she thinks they had misunderstandings which they sorted it out but then he made some statements and used words like ‘pxta’ which means ‘prostitute’ on her.

The grandson of nationalist, Obafemi Awolowo explained what respect means to him as he went on to say that because she can shout louder than everybody doesn’t mean she correct and common sense is not common.

Seyi said he has buried the hatchet and has nothing more for Tacha while the latter said they are neither enemies nor friends.

Seyi’ gave Tacha a punch on the face with this line “you see Common sense is not too common, it’s rare”. Follow me I follow back instantly!
.
.#BBNaijaReunion
pic.twitter.com/nHJNcCAj46

We’ll just drop this one here.

Isilomo and avala fight over ‘man’ on BBNaija reunion show

Avala said she felt betrayed that Isilomo didn’t have her back during a particular confrontation with a person and this hurt the latter.

Isilomo explained that she can be a friend without accepting some of the things the person does but it doesn’t make her disloyal and Avala should have let her know if she felt wronged because “they’re adults.”

Avala said being friends with Isilomo is too much work and she can’t do it.

Although, she didn’t go into details on the incident that broke their friendship but when she was pushed by Isilomo, she said it was because of ‘man’.

The singer said that the famous Instablog fight between Ella and Isi was about her but When it comes to man Isilomo.

Diane and Tacha speak on their fight in the House

Diane noted that she thought her and Tacha were cool but the next day, Tacha went to say some stuff about her in Daddy Freeze’s interview.

Beautiful Diane
What was the fight about #BBNaijaReunion #BBNaijaPepperDemReunion pic.twitter.com/hOXvi2TV7c