A High Court presided over by Justice Edem Ita Koofreh has restrained the Petroleum Tanker Drivers (PTD) from collecting any tariff or levy accruing to IPMAN in the state.

Justice Koofreh said after hearing Mr. A. A. Anah, counsel to the claimants, “An order of interim injunction restraining the defendants whether by themselves, agents, privies…in any manner whatsoever and otherwise however from collecting any IPMAN tariff in Calabar unit pending the hearing and determination of the claimants’ motion on notice”

Umana and others had dragged the National Chairman of PTD, the Zonal Chairman of PTD, factional chairman of IPMAN in the state, Prince Obi and seven others to court in-suite No HC/451/2019 challenging why they are still collecting levies on behalf of IPMAN and why Obi was still parading himself as Chairman of IPMAN when the Supreme Court had since December 14, 2018 declared Elder Chinedu Okoronkwo as the National President of IPMAN and by extension all the State executives like that of Umana which he (Okoronkwo) put in place as the true leadership of IPMAN.`

The State government in a press statement signed by the Chief Press Secretary to the Cross River State Governor, Mr Christian Ita had ordered the immediate suspension of IPMAN activities in the state saying, “consequently, no group is to parade itself as the leadership of the association” and went ahead to announce that a 12-man interim committee led by Mr. Robert Obi was put in place after due consultations with all relevant stakeholders.

But the Chairman of the Eastern Zonal office of IPMAN, Chief Larry Nworuh, the Zonal Legal Adviser, Obasi Nnanna Esq and some other officers of the zone had declared that IPMAN has one leadership in the country led by Elder Okoronkwo and the members in Cross River State know that as the crisis of leadership in IPMAN was at the national level but was effectively laid to rest by the judgment of the Supreme Court that gave legitimacy to Elder Okoronkwo led Exco.

Reacting to the injunction placed on them by Justice Koofreh, Obi and his group have petitioned the Acting Chief Judge of the state, Justice Akon Ikpeme, asking for the matter to be transferred from Justice Koofreh’s court to another as they are not sure of justice and at the same time accusing him of bias.

But Okoronkwo has condemned the action of Obi and his team running from one lower court to another instead of obeying the December 14, 2018 Supreme Court judgment and going against it “is an abuse of court process and the law of the land.

The matter was to come up on January 20, 2020 for motion on notice but was shifted indefinitely pending when it will be reassigned and the earlier injunction dated January is still subsisting. 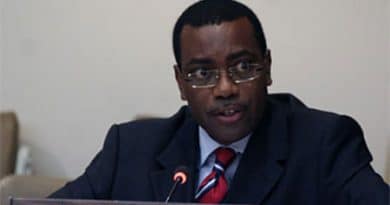 Any Conspiracy From The Western Block? — Economic Confidential