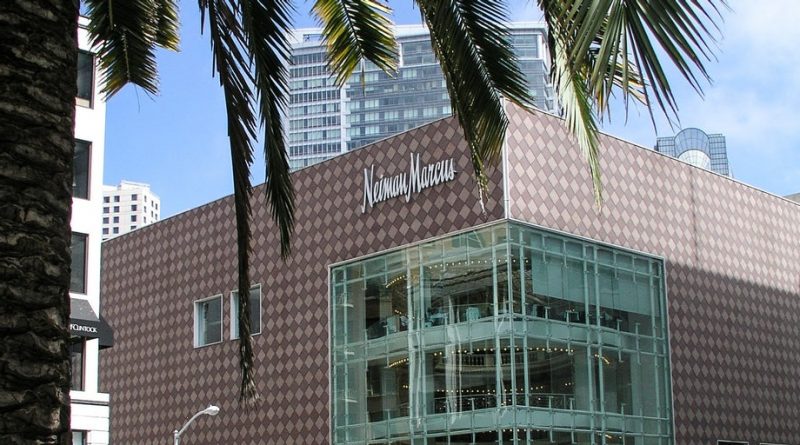 Kamensky, 47, was arrested and charged with crimes including securities fraud, extortion and obstruction of justice for pressuring an unnamed investment bank to drop its bid, the US Attorney’s Office for the Southern District of New York said in a statement. Kamensky was sued over the same allegations by the Securities and Exchange Commission, which identified the bank as Jefferies.

Kamensky, after learning July 31 that Jefferies submitted a higher bid than Marble Ridge for Neiman shares, contacted the investment bank and threatened to use his position on the luxury retailer’s creditors committee to block the offer if it wasn’t withdrawn, the SEC said. He added that if Jefferies went ahead with its bid, Marble Ridge would cease doing business with the firm.

The allegations offer a rare glimpse into the bare-knuckled tactics sometimes deployed in distressed-debt investing. Even more unusual is the prospect of a fund manager facing criminal charges for actions they take in serving on special panels that are meant to protect creditors in bankruptcy cases.

Kamensky declines to comment, a representative for him said in a statement.

After Kamensky pressured Jefferies, it did pull its bid. But the bank also reported his conduct to the creditors committee, prompting Kamensky to reach out to Jefferies to urge it to aid him in covering-up what he had done. Kamensky admitted to Jefferies that he was at risk of going to jail. Jefferies declined to help him, according to the SEC, which is seeking sanctions including civil monetary penalties

Creditor representatives like Kamensky who serve on official, court-supervised committees have a fiduciary duty to look out for the interests of the panel. Kamensky told the U.S. Trustee’s office — the Justice Department’s bankruptcy watchdog — that he understood he was required to act “in the best interest of unsecured creditors generally and put those interests above your own personal interests,” according to the criminal complaint.

Kamensky’s fall was prompted by Joe Femenia, an ex-Navy SEAL who’s now Jefferies’ head of distressed-debt investing, Bloomberg News has reported. Femenia was the recipient of Kamensky’s initial threat as both Marble Ridge and Jefferies were vying for a piece of Neiman’s valuable online business, Mytheresa. Femenia flagged their conversation to Jefferies’ general counsel, and the bank disclosed the discussion to the creditor committee.

The panicked money manager then called Femenia back a second time, asking the Jefferies banker to treat the conversation as off the books, while pushing Femenia to change his recollection of their earlier chat, according to the criminal complaint. Unbeknownst to Kamensky, Femenia had started recording the call.

“[I]f you’re going to continue to tell them what you just told me, I’m going to jail, OK?” Kamensky said on the call, according to the complaint. “Because they’re going to say that I abused my position as a fiduciary, which I probably did, right? Maybe I should go to jail. But I’m asking you not to put me in jail.”

Marble Ridge’s involvement with Neiman started in 2018, when the retailer decided to ease its heavy debt load by shuffling some of its most valuable assets. Among them was Mytheresa, its online German retailer. The unit was regarded as one of Neiman’s fastest-growing and most valuable at a time when sales at the rest of the company were struggling.

Marble Ridge complained that the move voided any claims that creditors might have on Mytheresa as collateral — a problem if the company ever went bankrupt — and sued to reverse the transaction. A Texas judge dismissed the case without looking at the underlying accusations about the transfer. Meanwhile, Neiman countersued Marble Ridge for defamation; that case is still pending.

By May of this year, the retailer had indeed gone bankrupt, and the fate of Mytheresa was again in play. This was resolved by giving lower-ranking creditors — which would include Marble Ridge — a stake in Mytheresa. It was Kamensky’s participation in the committee representing those creditors that landed him in legal trouble.

The saga forced Kamensky, a former Paulson & Co. partner who started his career as a bankruptcy attorney, to wind down Marble Ridge. The New York-based firm, which was founded in 2015 and manages about $1 billion, specializes in distressed-debt investments and the restructuring of troubled issuers.

Judge David R. Jones, who is overseeing Neiman’s reorganisation, suggested during a Wednesday hearing that any settlement of the issues Kamensky faces in bankruptcy court would require that he be barred from ever sitting on an official creditor’s committee in a Chapter 11 case.

By Matt Robinson and Katherine Doherty