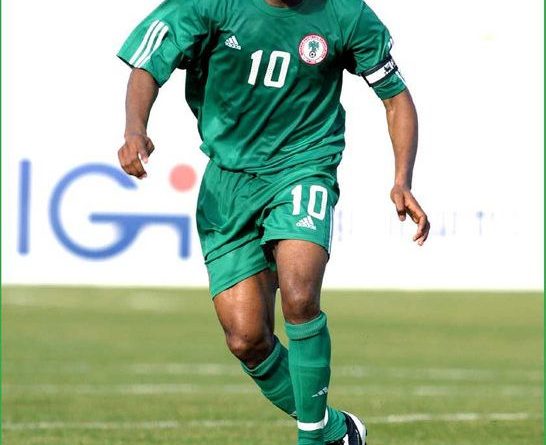 The two-time BBC Africa Player of the Year was a vital member of the Nigerian squad that lifted the 1994 African Cup of Nations and also qualified for the FIFA World Cup for the first time that same year.

A talented and skilful playmaker, Okocha was named Nigeria Player of the Year a record seven times and is considered by many as the best Nigerian footballer ever.

Many took to the social media site, Twitter, to send birthday wishes to the man who once had fans enthralled with the ball between his feet.

Happy birthday to the magical @IAmOkocha. Too good he was named twice. Have a good one legend! pic.twitter.com/Snusl2X6AK

🇳🇬 A Super Eagle and a sensational talent 🪄

Throwback to him embarrassing Oliver Kahn with this goal 😳

So let’s remember the time he robbed Oliver Kahn and the entire Karlsruhe defence of their dignity.pic.twitter.com/QqfsqwYogp

Here he is at 20 years old pulling the great Oliver Kahn’s pants down. pic.twitter.com/FMYC1skDb0

Jay-Jay once said of his childhood, “We used to play with anything, with any round thing we could find.”

What an absolute privilege it was to watch him play with a round thing on a football pitch. pic.twitter.com/rxWbpwpAgU

Okocha scored 14 goals in 73 games garnered across 13 years for the Super Eagles before he retired in 2006.