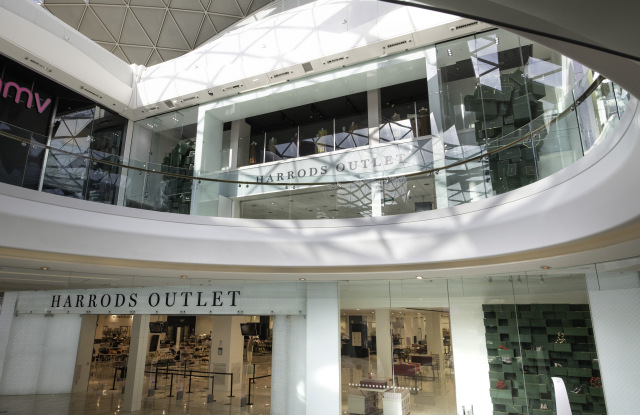 It has been a fraught few days for the retailer, which earlier this week revealed plans to lay off 14 percent of its staff and witnessed one of its retail partners, Intu Properties, file for bankruptcy. But that has not stopped it from unveiling a new concept store – and attracting hundreds of shoppers ahead of the opening.

On Friday morning, the retailer opened the doors of the first Harrods Outlet, a concept store at Westfield London that is currently selling spring/summer 2020 stock across men’s, women’s, children’s, beauty and accessories. The store is set to remain open until the end of March, 2021 and also plans to sell fall/winter sale merchandise as the seasons evolve.

This is a major move for Harrods, which until now has had just one flagship in Knightsbridge and a clutch of airport stores in the U.K. In September, Harrods will open the first H Beauty concept store at the Lakeside Mall in Essex, England, and will follow it up in February with a second unit at another mall in Milton Keynes, 50 miles northwest of London.

Located in the former Debenhams space at Westfield, the new Harrods Outlet spans 80,000 square feet over two floors. Conceived and built in five weeks, it was designed with social distancing in mind. The space is brightly lit, spare, easy to clean and with simple display units that are spaced far apart. Some 120,000 product units from 100 fashion and accessories brands will be stocked in the new space.

Customers are encouraged to keep their distance from each other, and not to touch the merchandise. As with the Knightsbridge flagship, if clothing is tried on, but not purchased, it’s cleaned and then quarantined for 48 hours before hitting the shop floor once again.

Some 365 customers are allowed in the store at the same time. The same computer system currently being used at Harrods Knightsbridge counts people arriving through the Outlet’s ground floor entrance, and leaving via the second floor exit.

“It’s a concept born out of crisis,” said Annalise Fard, beauty, fine watches, jewelry and accessories director at Harrods, during a walkthrough shortly before opening. A line of customers had begun building early Friday, and by late morning it was curling around the outer perimeter of the vast, West London mall.

As reported, Harrods wants the new outlet to take footfall pressure off the main store, especially during the key sales seasons. The Knightsbridge flagship re-opened, along with a raft of other U.K. retailers, on June 15, and is asking customers to stand at least two meters (6.6 feet) apart at all times.

Fard said the Outlet will serve many purposes. “There are products here that never even reached the shop floor at Knightsbridge, and now clients can access them.” Harrods is sitting on vast amounts of stock: The Knightsbridge store has 1 million square feet of retail space, and was shut for three months. Once it re-opened, principals made the decision to focus on new arrivals and pre-fall.

Fard said the Outlet’s shop floor will be replenished daily, with larger deliveries arriving on a weekly basis. Zimmerman and Missoni are among the brands that will drop weekly in the store.

Fard said that while there are some sale items on Harrods.com, most of them will be sold through the Westfield outlet. Harrods’ re-platformed its web site just before lockdown. As reported, it is operated by Farfetch’s white label service, Platform Solutions.

The Outlet’s ground floor houses inventory from Harrods’ beauty and perfume halls, with sales up to 40 percent off on brands including Perricone MD, Sensai, Ormonde Jayne, Bond No. 9 and Roja Parfums. Accessories sit nearby with shelves full of bags by brands such as Salvatore Ferragamo, Loewe, Michael Kors, Mulberry, Tom Ford, Longchamp and Off-White.

There are also men’s and women’s shoe spaces, and dedicated areas for sunglasses and luggage. Upstairs is ready to wear, featuring sparkling dresses and gowns by brands such as Needle & Thread and Self-Portrait and more laid-back looks by names like Ganni and Zimmerman. Collections at the Outlet range from Stella McCartney, Balmain and Vetements to Ralph Lauren and Max Mara.

Going forward, Fard said that Harrods will be as flexible as possible with seasonal deliveries. “We are taking direction from our brand partners, and trying to be agile with the shifting dates of fall/winter deliveries,” she said.

The Outlet is also helping to save jobs: Fard said that some Knightsbridge staff have been transferred to the Outlet. Earlier this week Harrods outlined plans to cut 14 percent of its workforce, or about 670 jobs, due to the consequences of lockdown from COVID-19.

The flagship, a London landmark, is heavily reliant on tourists and with international travel on hold and quarantine restrictions in place, recovery will be a slow process.

“We’ve had to be agile and innovative and our goal is to protect as many roles as possible,” Fard said of the planned layoffs.

Looking ahead, the H Beauty units will open despite the fact that Intu Properties, which owns the Lakeside and Milton Keynes shopping centers, filed for bankruptcy at the end of June. Both malls will likely be sold off, but Fard said Harrods is absolutely committed to both beauty openings.

“H Beauty is very much still part of the strategy. The appetite for beauty has not waned,” she said. Similar to Harrods’ beauty hall, H Beauty will have virtual mirrors for trialling new makeup without having to touch it and will offer click-and-collect services.

Later this year, Harrods also plans to plant a flag in Shanghai with The Residence, a Japanese villa-style store for high-end, private shoppers.

Harrods Knightsbridge continues to unlock: The hair salon will re-open on Saturday, July 4, as will all of the retailer’s restaurants. The Brasserie, a new Harrods restaurant that soft-launched just before lockdown, will open officially on July 4.

How 2020 canceled the concept store  – Glossy 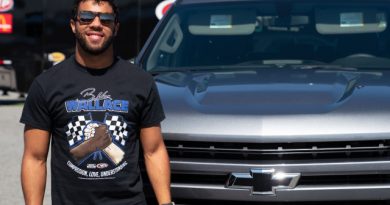 One thought on “Harrods Outlet, a First for the Retailer, Opens at Westfield London – WWD”