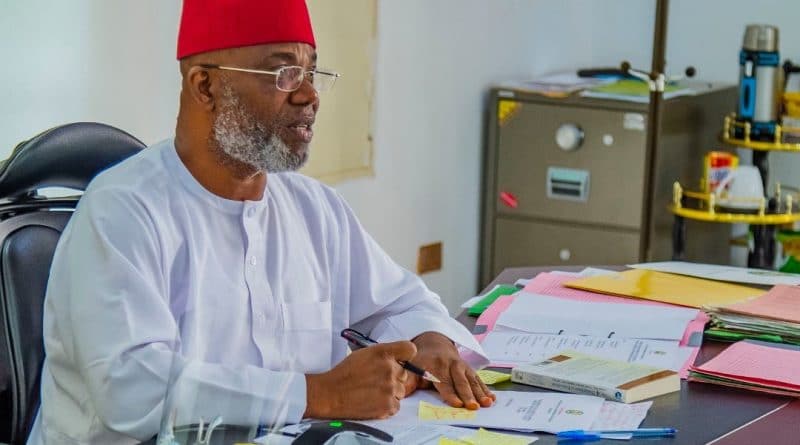 •Commends SPWBs that have commenced refund

As you are all aware of the Saudi Arabia Government’s position on the 2020 Hajj in which only few residents of the kingdom would perform the pilgrimage instead of the 2.5 million citizens across the globe that did same on a yearly basis.

I have expressed in many fora that the decision has been much painful to us as both Muslims and Hajj Administrators. Nevertheless, I want to pay glowing tribute to the Kingdom of Saudi Arabia for the decision which in my considered opinion, is a wise one in the current circumstance. Though we know many Muslims are disappointed that we won’t be able to take part in one of the most important five pillars of Islam (Hajj) enjoined by the Almighty Allah to be performed by able Muslims – physically and financially at least once in a lifetime, yet we give gratitude to Allah (subhanahu wa ta’ala) in every circumstance we find ourselves whether positive or negative.

“I, therefore, sympathize with the people and Government of Saudi Arabia who have over the years play the role of a good host to millions of Muslims around the world during the great month of Zhul Hijjah. We are fully behind them at this auspicious time.

“In the same vein, I wish to use this medium to pay tributes to all our intending pilgrims, many of who have been looking forward and praying anxiously for the day when they will face the Ka’aba. Now, that hope has been dashed. However, they should take consolation in the belief as a Muslim that nothing ever happens except with the permission of Almighty Allah. Our prayers, therefore, is May Allah spare our lives and gives us the good health to be a participant at the 2021 Hajj. (Amin)

Gentlemen of the press, in spite of this setback, I have great news and some glad tidings to share with you, the intending pilgrims and Nigerians as a whole.

“Any intending pilgrim who desires to recover his/her deposit from the State Pilgrims Welfare Boards or the Private Tour Operators shall be refunded his money. However, those who may wish to leave or rollover their deposit for the 2021 Hajj shall be accorded the highest priority and “Rights of first refusal in 2021 Hajj. The Commission has started the process of refund to the various State Pilgrims Welfare Boards for on-wards disbursement to the pilgrims.

“We believe that the various boards would by now have informed the public on the modalities for the refund of their deposit. On this note, I want to commend some of the SPWBs who has commenced the payment of refunds to their Pilgrims.

“Likewise, those who decide to keep their 2020 deposit with the relevant agencies will have to sign a written agreement indicating their willingness to roll over their deposit against 2021 Hajj. The rollover fund will be deposited in the Hajj Savings Scheme which will soon take off.

“The operation of the much-awaited Hajj Savings Scheme will commence very soon. The contributory savings scheme is an idea whose time has come. I believe with the scheme in place, we will be able to make the cost of in the near future more affordable as well as boost the economy of the Muslim ummah in terms of employment generation, revenue profile of the Commission and aid the long-term preparation/plan for Hajj.

“Similarly, NAHCON advises intending pilgrims who have made deposits but do not have a bank account and wish for a refund to hasten in opening one. If they are not ready or willing to hold a bank account, NAHCON strongly advises them to secure their deposit with the commission until 2021 or until they can move it safely.

“Intending pilgrims who made deposits to private Tour Operators and want a refund are also advised to approach their respective travel agency with the duly signed service agreement. Where disagreement arises, it should be promptly referred to the commission for intervention.

“Considering that Hajj and Umrah did not take place, NAHCON management has decided to refund Licensed Tour Operators their License Fees and Caution deposits.

“The Commission has begun a transformation journey to the digital world- a Strategic Transformation Plan (2020-2024)- in which our idea will be driven by technological innovation. A survey has been sent to stakeholders to make their inputs. That will serve as a Tool to engineer a brighter future for NAHCON.

“Gentlemen of the press, we want to solicit for everyone’s support at this critical time for the world Muslims. This is a time for us all to build a unifying universal bond in supplication to the Almighty Allah to cleanse the earth from the scotch of the pandemic and return the world to normalcy so that Muslims can perform their Holy pilgrimage unhindered as before.