A woman known for severe neglect of animals donated $53,970 to the Greens over 2019 and 2020, but despite saying it wasn’t aware of the abuse, the party – known for its strong stance on animal welfare – won’t be giving the money back. Pete McKenzie reports.

The Green Party says it won’t return two five-figure donations from a woman convicted of animal neglect which required several horses to be put down.

Three weeks before being sentenced in the District Court for animal neglect described by the SPCA as amongst the worst it had ever seen, Lindsay Fraser donated $29,000 to the Green Party’s 2020 election campaign. She had also donated $24,970 a year earlier, making her one of the party’s biggest donors.

Green Party co-convenor Penny Leach said: “Unfortunately, we cannot predict that donors may be sentenced for animal welfare charges after they have donated. The awful news was made known to our team when we were contacted by a journalist.”

When asked about the level of scrutiny applied by the Greens to prospective donors, Leach said, “The Green Party have a robust process for accepting significant donations. Donations are run through an ethics committee before [being] accepted and we are proud of this transparent, ethical approach.”

During her prosecution, Fraser had interim name suppression. Media reports of Fraser’s neglect only appeared after she pleaded guilty in early September 2020 – three weeks after her donation.

However, the SPCA and local community had been aware of her neglect for at least two years prior to her prosecution. In 2020, Andrea Midgen, chief executive of the SPCA, said “the defendant had a history of taking on more animals than she could handle which created a pattern of malnourished and diseased animals despite SPCA intervention”. SPCA inspectors visited Fraser repeatedly throughout 2018 and 2019 – at least once in response to calls made by locals about the poor condition of her horses.

Details of Fraser’s animal neglect are now among the first results when ‘Lindsay A Fraser’ is entered into Google; it took Newsroom less than 10 minutes to discover her history of neglect after identifying her as a Green Party donor.

Leach said the Greens “absolutely condemn animal welfare abuse of any kind. Animal welfare campaigning, so that our voiceless friends are treated humanely, has long been part of the Green Party kaupapa.” Leach also promised the party would not accept any further donations from Fraser.

According to a spokesperson, the Greens will not return Fraser’s money. And when asked whether they might instead donate it to an organisation like the SPCA, the spokesperson asserted that by law, “we are required to use donations for a political purpose. We are not allowed to channel the donation to another organisation. Moreover, we spent [Fraser’s] money last financial year, so we wouldn’t even be channelling her donation.”

Fraser’s neglect extended to at least 43 sheep and five horses. Of the horses, one (Max) was found in a bare paddock starving and tangled in a covering. Another (Cookie) had severe parasites and gum ulcers. A third (Missy) had a large neck wound and a significant painful area over its right shoulder blade, and a fourth (Venus) had extensive maggot-infested wounds on its withers and neck. Missy, Venus and Max were all euthanised due to the severity of their injuries.

When first discovered by the SPCA, the sheep were on a paddock with no grazing available. Six sheep were taken into SPCA protection. Two had maggot-infested inflammation, peeling skin and wool loss. Three had flystrike and clinical parasitism. One later died despite treatment from the SPCA.

Midgen said at the time: “Words can’t describe the pain and suffering these animals must have gone through with a lack of food and no treatment sought for their severe injuries…It is inconceivable that any person could not notice that intervention was required for these animals.” In her comment, Leach acknowledged the animal neglect was “extremely distressing”.

Newsroom visited Fraser at her Masterton farm and confirmed she made the donation. She also asserted she was a long-time member of the Green Party who has repeatedly contributed financially to the party’s political efforts. She then alleged she was the victim of an illegal campaign of “harassment and bullying” by the SPCA.

In the District Court, Fraser was sentenced to 150 hours of community work and was ordered to pay reparations of $15,000 to the SPCA. Judge Chris Tuohy also disqualified her from owning stock animals – apart from two – for a period of 10 years.

A person familiar with Fraser’s court case, speaking on condition of anonymity in order to talk frankly, said Fraser viewed herself as an animal welfare advocate. The person suggested her behaviour may have been the result of physical or mental health issues.

Tuohy said: “This is a serious case in which a number of animals suffered lengthy and significant pain and distress due to neglect … To put it bluntly, Max died over a period of months of negligence on the property where Fraser lived.”

In her comment to Newsroom, Leach promised the Greens would “continue to push for all animals in Aotearoa, and around the world, to be treated humanely and with care”. 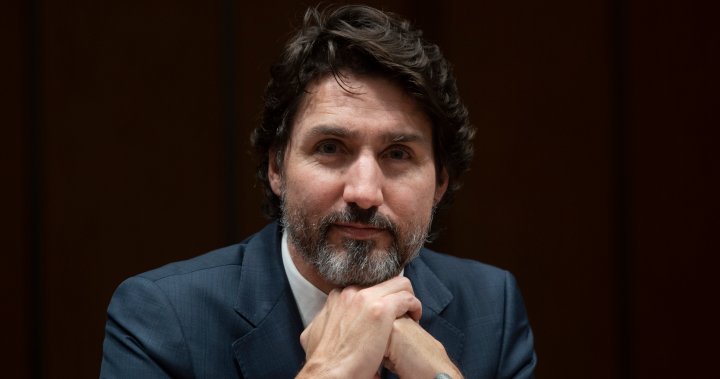 Trudeau took centre stage amid the pandemic, and it may have paid off politically