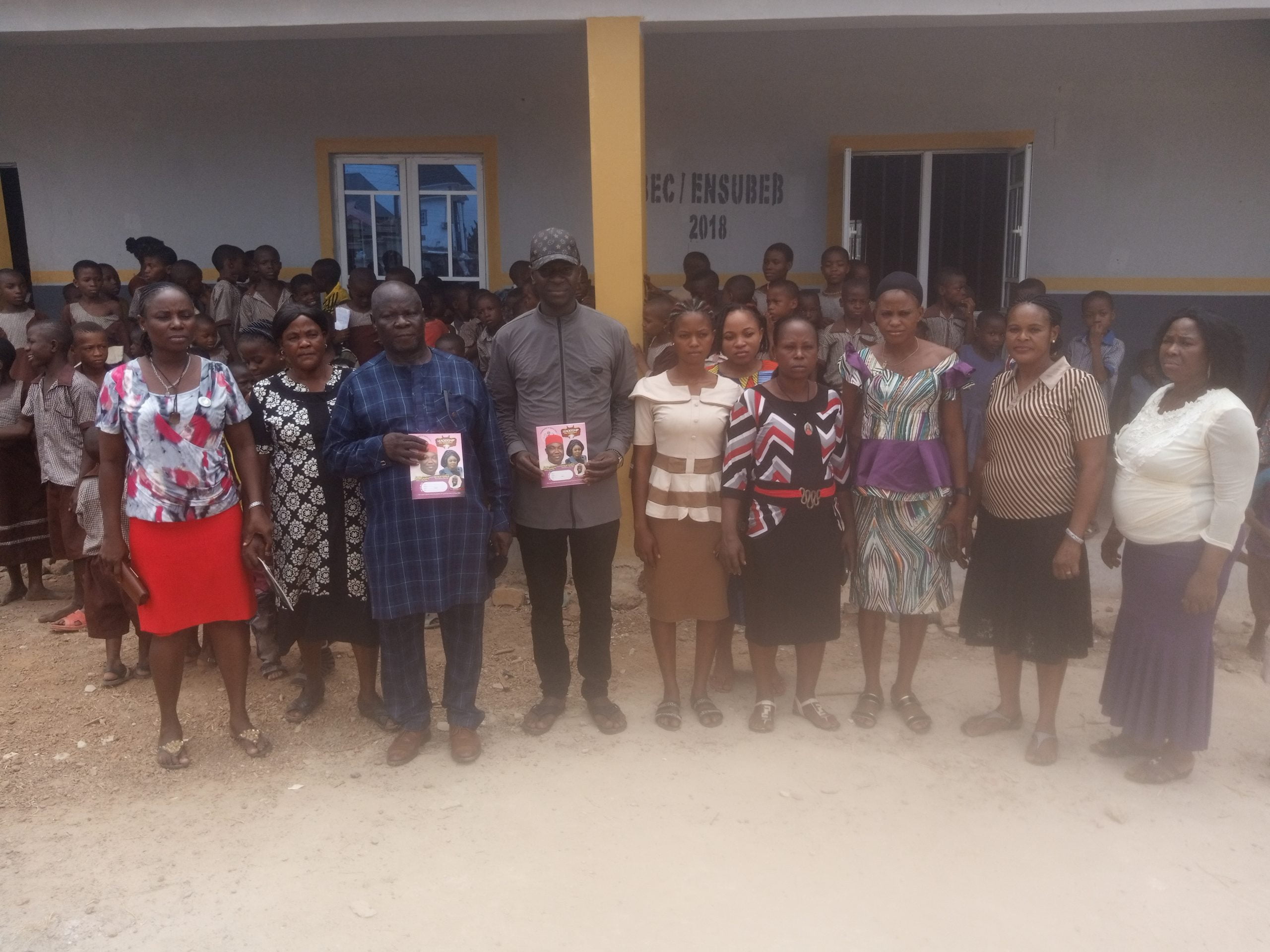 A community leader, Chief Michael Ekwueme has hailed Governor Ifeanyi Ugwuanyi of Enugu State over his administration’s investment in the area of education, describing it as massive.

He spoke when he moved round some primary schools in Amandim-Olo, in Ezeagu Local Government Area of Enugu State, where Governor Ugwuanyi’s administration built brand new structures with modern facilities.

Ekwueme is the President-General of the Community.

During the tour, he presented free exercise books, first-aid kits and sports items for the use of the pupils.

He said the action was to support what Governor Ugwuanyi had done in the area of education.

While faulting what he called biased criticism of the government by some people, he said the Governor had changed the face of education in the State.

Ekwueme told the media after the tour that: “they made me the President of Amandim Olo, and I happen to have access to the Governor, who I know is a very kind man.

“I told him that our schools needed attention and he took interest in my request and in less than three months, there was special intervention and three brand new schools were built for us.

“Our health centre was also bad; I also pleaded with him and it was renovated and equipped, almost 10 rooms.

“So, in order to support him, I and my exco members, we met and decided to do this; the government cannot do everything because the allocation is very small. We need to give back to society; this is my effort to support his Excellency and encourage other youths that we should not wait for the government to do everything. If God has blessed you, come out and do one thing for your community.

“These exercise books will go a long way, the football- the children are happy. The first aid box, if there is any emergency, the children will be attended to here before going to the hospital.”

While rating the Governor’s performance in the area of education, Ekwueme said, “the matter speaks for itself; it is massive. You can see the quality of schools the government is building, with modern facilities. Of course, he cannot finish all the schools in the State but the good thing is that he is doing it to standard. You can see the chairs, the board, fans and all of that. I score him 95 percent in education.”

Headmistress of Central Primary School, Amandim Olo, Mrs. Ofeghu Abigail, who while expressing gladless over the gesture, said Ekwueme had always been a source of succour to the school.

“You can see how all the kids were excited when they saw him; he has been our pillar and we are grateful to him and His Excellency the good Governor of Enugu State for building this good learning environment for us,” she said.