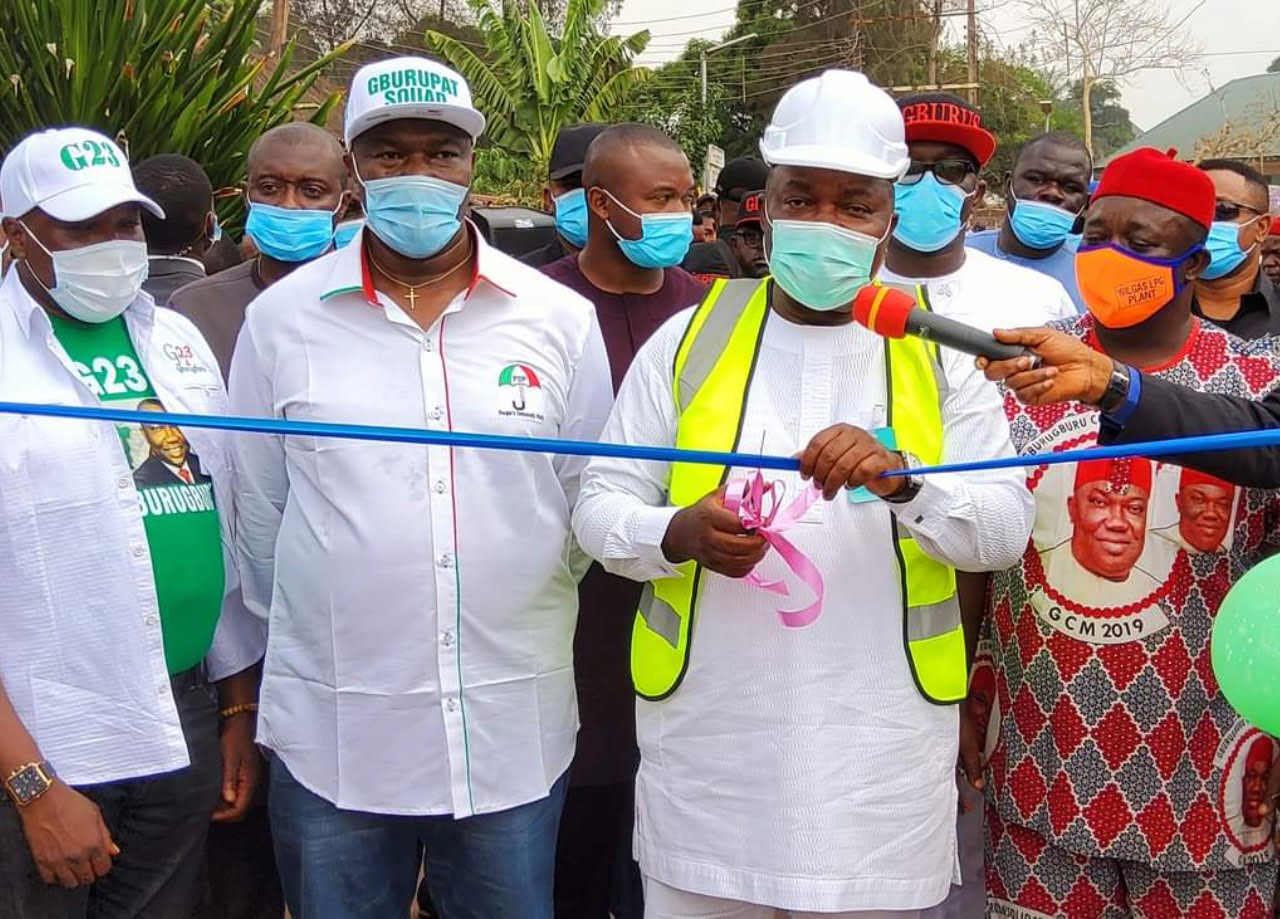 Governor Ifeanyi Ugwuanyi of Enugu State has disclosed that the stepping down of 30MVA in Nsukka from the 132KV Makurdi Feeder, which his administration facilitated, to improve the quality of electricity supply in the area, is one of the state government’s greatest achievements.

The 30MVA Injection Sub-Station in Nsukka, was the programme of the National Integrated Power Project (NIPP) but received maximum support from Gov. Ugwuanyi’s administration which provided sundry assistance such as resolution of all legal issues concerning the project, bush clearing as well as dealing with other obstructions impeding the line’s passage, and construction of the outgoing feeders to supply power to end users.

Speaking during the inauguration of some rehabilitated access roads in Nsukka and Igbo-Eze South Local Government Areas which were among the Constituency Projects attracted by the member representing the council areas in the Federal House of Representatives, Rt. Hon. Dr. Pat Asadu, Gov. Ugwuanyi stressed that the stepping down of the power line was “one of the greatest achievements we made, including peace”.

Gov. Ugwuanyi also flagged off the construction of Nru road, in Nsukka LGA, which is another Constituency Project of Rt. Hon. Asadu.

The governor, who recalled how the Nsukka axis of Enugu State had experienced low voltage power in the past, revealed that the next plan is to commence the second phase of the programme “to bring electricity back to Nsukka”.

Pointing out that no past administration in the state ever experienced two recessions in five years, Gov. Ugwuanyi reiterated his administration’s commitment to peace and good governance in spite of the economic, security and public health challenges confronting the country, saying: “I will continue to serve with the fear of God”.

The governor commended Hon. Asadu for keeping faith with the mandate given to him by the people of the council areas, by attracting road projects, commencing the construction of another one, among other numerous interventions.

He equally thanked the federal lawmaker for the distribution of some empowerment and Christmas gift items to the constituents, including cash donation for various categories of people to start businesses, clothing and food items.

Speaking at the distribution of the empowerment materials and Christmas gifts, such as vehicles and motorcycles, to assist the beneficiaries economically as well as support the state government’s security efforts in the rural communities, political and traditional leaders in the federal constituency, applauded the lawmaker for the gesture and the working partnership between him and the governor.

The Chairman of Nsukka LGA, Hon. Cosmas Ugwueze, thanked Gov. Ugwuanyi for his administration’s massive development of Nsukka, and for empowering people from the area. He noted that the gesture was responsible for the peace being enjoyed in Nsukka. The Council Chairman also thanked Hon. Asadu for attracting the Constituency projects to the area, stating that it was in line with the governor’s vision for the state.

A former Chairman of the Peoples Democratic Party, PDP, in Enugu State, Engr. Vita Abba, said he was impressed with the cordial relationship between Gov. Ugwuanyi and Hon. Asadu, appreciating the latter for initiating the empowerment programmes and other interventions.

On his part, a former Secretary to the Enugu State Government, Dr. Dan Shere described the event as “a demonstration of the universal brotherhood of Nsukka people”.

Dr. Shere said: “What we are seeing today shows that the Governor has a good team. What we saw today is a united Nsukka, togetherness. I thank the Governor for his support, we shall remain one”.

On his part, the chairman of the Enugu North Senatorial Zone Council of Traditional Rulers, His Royal Highness, Igwe S.N. Ezeh noted that, “we are seeing all you people are doing; we are behind Gburugburu (Gov. Ugwuanyi); we are behind Pat Asadu.”

In his speech, Hon. Asadu commended Governor Ugwuanyi for his commitment to the progress of the people.

“Part of the reason for this event is one to thank the Governor for the good work he is doing in Enugu State. Secondly, to thank our people for their support.”