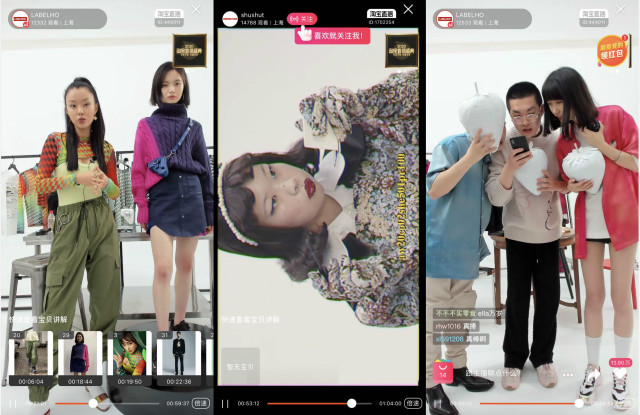 
PARIS — As the coronavirus pandemic continues to play havoc with travel plans, fashion weeks across the world are developing new formats and cultivating local audiences to ensure their survival in the absence of foreign buyers and editors.

While many postponed their latest editions or switched to digital-only showcases, the next few months will see a growing number of fashion capitals outside of the “Big Four” — Paris, Milan, New York and London — experimenting with a combination of physical and online events.

Mercedes-Benz, which before the COVID-19 crisis supported more than 70 fashion events a year in 40 countries, is maintaining an active schedule despite the restrictions enforced by many governments.

“As with all industries, we have taken time to reflect and to restrategize to future-proof the global fashion engagement,” said Bettina Haussmann, head of branded entertainment at Mercedes-Benz.

“Whilst, of course, it was not possible for some events to take place, we are seeing many markets optimistically reschedule in a new format, for example digital, or postpone until a later date,” she added. “Mercedes is still committed to those platforms, and also all the great fashion communities in all the countries.”

Haussmann estimated the German carmaker still supports between 50 and 60 events, though she said the total number was “fluid.” Digitalization has been key, with fashion weeks in Moscow and Mexico City among the early adopters of the online format in April. “The first experiences were successful,” she reported.

Among the company’s upcoming projects is the digital launch of its collaboration with Virgil Abloh on Sept. 8; an online version of Mercedes-Benz Fashion Week Istanbul from Oct. 12 to 16, and a digital MBFW Tblisi from Oct. 30 to Nov. 4, which will also feature other creatives, such as photographers or artists.

“The objective is to support the wider creative community who are also impacted by the pandemic,” said Haussmann.

In addition, Mercedes-Benz will sponsor an on-schedule show at MBFW Berlin in January for the Grand Prix fashion winner at the Hyères International Festival of Fashion and Photography, scheduled to take place from Oct. 15 to 19 at the Villa Noailles in the south of France.

Meanwhile, Prague and Madrid are due to hold events in September in a so-called “phygital” format.

“I think a combination of digitalization and physical events is key. I think a good example to mention is Copenhagen Fashion Week, where Mercedes has been a sponsor since 2009,” said Haussmann, noting that it partnered with Danish model Helena Christensen on a social media campaign promoting face masks.

“There is no kind of one-size-fits-all answer. It always must be in tune with local realities,” she added.

In terms of scale, few have had the impact of Shanghai Fashion Week, which hosted the world’s first online fashion week in partnership with Tmall amid lockdowns in March. The one-week event generated online sales of 500 million yuan, or around $72 million, and garnered a total of 11 million livestream views, organizers said.

For its upcoming edition, set to run from Oct. 8 to 16, Shanghai Fashion Week plans to return to a mostly physical event. While the season drew more than 150,000 visitors in October 2019, including fashion shows, trade fairs, forums, parties and other events, very few overseas media, buyers and brands are expected this time around.

Still, the event is holding up. “We do not have funding problems for the moment,” said a spokesman for the Shanghai Fashion Week Committee.

In areas with less-developed infrastructure, people are seeking strength in numbers. Senegalese designer Adama Ndiaye, creator of Dakar Fashion Week and Fashion Africa TV, has long been pushing for various fashion events held across the African continent to coordinate their efforts.

In May, she organized a series of quarantine fashion shows, featuring models parading in their outfits at home, in Dakar, Senegal; Abidjan, Ivory Coast, and Bamako, Mali. “We got some orders, which is a good thing,” Ndiaye reported, though logistics were complex.

“It took me months to put this together. In lots of different countries in Africa, the Internet is not working really well,” she explained. “That was a challenge, but everybody was so willing to do it. Honestly, the coronavirus also brought us together.”

As COVID-19 upends consumption habits, Ndiaye believes African brands should seize on consumers’ growing dissatisfaction with fast fashion and promote handmade, ethical goods instead. “I’m telling them that we need to organize more our artisanal fashion and sustainable fashion, and try to work together,” she said.

“Right now, what we need to do is structure and make a calendar, all of us by region. And after that’s done, we will create a platform where we can all showcase digitally our fashion shows,” she explained.

While the next editions of Lagos Fashion Week and Glitz Africa Fashion Week in October will be digital, she hopes to switch to a hybrid model for Dakar Fashion Week in December, despite the technical challenge of flying in models from countries like Mali, Democratic Republic of Congo, Gambia and Ivory Coast.

Even before the global health crisis, Ndiaye had also been working to attract more African buyers and editors to the Dakar shows. “That’s something we already planned, to have European press have less control of what we’re doing. It’s a big pressure,” she said, noting the high cost of flying over and hosting European guests.

Over in Europe, talks are also taking place between the various fashion weeks, according to Joana Jorge, project manager of ModaLisboa in Portugal.

“We are analyzing the shift in the industry and are active members of the ongoing discussion between players. We are open to implement changes that can help the industry become more sustainable, inclusive and relevant towards future challenges,” she said.

ModaLisboa is still working on the format of its next edition, scheduled for Oct. 7 to 11, having staged its last event in relatively normal conditions in March just before COVID-19 hit Portugal.

“We are planning on multiple fronts, trying to be prepared for whatever circumstances we may face in October. We are reinforcing the digital experience alongside physical parts of the event. Nothing is off the table, as long as it complies with the health and safety measures of our local authorities,” Jorge said.

“We are taking this time to reinforce partnerships and relationships, respecting different paces — from brands, designers, professionals and guests — and working on solutions accordingly. The feedback we’re receiving is positive, people are ready to return, but finding new processes due to the changes the market has imposed on their individual businesses,” she added.

For buyers, in particular, adapting to the new landscape has been a challenge. Ida Petersson, buying director at Browns, said the members of her team are used to working remotely, given that they normally spend 10 months a year on the road, but they quickly faced new problems, starting with Shanghai’s virtual shows in March.

“There were some lessons learned. The content that was there was amazing — I was really impressed with it — but, of course, the whole experience was in simplified Chinese. From a language perspective, I was lucky that I have a Chinese speaker on my team, but it was still quite complicated, even for her,” she noted.

“At the same time, it’s very clear that for the next year, people will be very limited in terms of traveling,” she added. Browns buyers typically attend fashion weeks in South Korea, Japan, Australia, Brazil, Ukraine, Georgia, Denmark and the United States, among others.

“Because we’ve been going so regularly, we have a really good understanding of the collections that are there, and we were able to buy the collections anyway, even without the virtual showrooms, because we have the connection with the brands and we understand the quality of the garments,” she said.

“And that is probably the biggest challenge that has yet to be overcome: how do you compensate for not being able to see something in real life?” Petersson said. “There’s a risk for the brand as well, because you give the retail partner more power to return it, if it’s not what they think it is online.”

While such practicalities made the first virtual buying season bumpy, Petersson says the switch to digital has a potential silver lining for brands from emerging markets. “Of course, it’s going to be a period of adjustment, but long-term it can be a real opportunity to reach a much wider audience, if you do it well,” she said.

She recommended that in order to maximize their online reach, young designers should show under the umbrella of a national showcase or a multibrand showroom with a state-of-the-art digital platform.

And she is determined to overcome any hurdles, noting there is still consumer appetite for new brands. During the lockdown, Browns introduced labels including Korean brand LVIR, Nicholas Daley, Marine Serre men’s wear and Danish cycling brand Pas Normal.

“We will do whatever we can to get over these stumbling blocks. New talent is everything to me and I think it remains so, because otherwise what we end up with is a very established playing field, but there is none of that amazing magical energy that you need to pivot your assortment and make it stand out,” she said.

Still, Petersson is mulling a more intelligent approach to global fashion weeks going forward. “What I am not just hoping for, but I will be very keen to put in practice, is that we don’t travel to the level that we did before, because it wasn’t healthy. It wasn’t good for anyone, not the least the well-being of my team,” she explained.

“These guys that are outside of the Big Four cities, to me, shouldn’t be penalized in that, because actually, what I would like to do is maybe cut down some of that, you know, 500 times in Milan, 500 times in Paris, to actually allow us to do some really interesting traveling,” she continued.

“It’s a cultural exchange as much as it is a business exchange. That, to me, is really key that that remains. I think it’s the wonderful part of what the fashion world is, and without that cultural exchange, then it becomes a bit less colorful,” Petersson concluded. 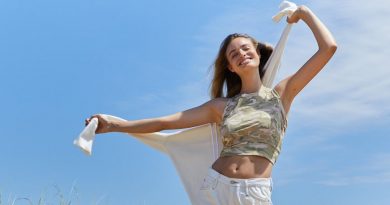 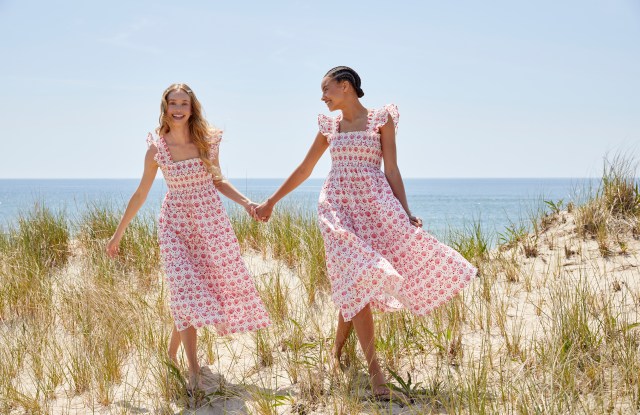 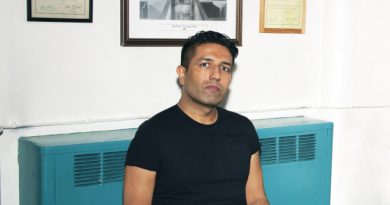