Fashion reflects the mood of the times, and fashion illustration can still define those moments. Although a rare inclusion in today’s fashion publications, it created a niche career for the artists working at Women’s Wear Daily in the second half of the 20th century at the height of a fashion explosion.

Glenn Tunstull was one of those artists. “As a fashion illustrator, you wanted to work with WWD. It was the center of the world for fashion art,” said Tunstull, who was the first Black fashion illustrator hired at the printed daily in 1972. He spent the early years of his career working with a team of artists, many still friends who left an undeniable mark on fashion’s visual language. His work can be seen in the pages of WWD from 1972 to 1975. 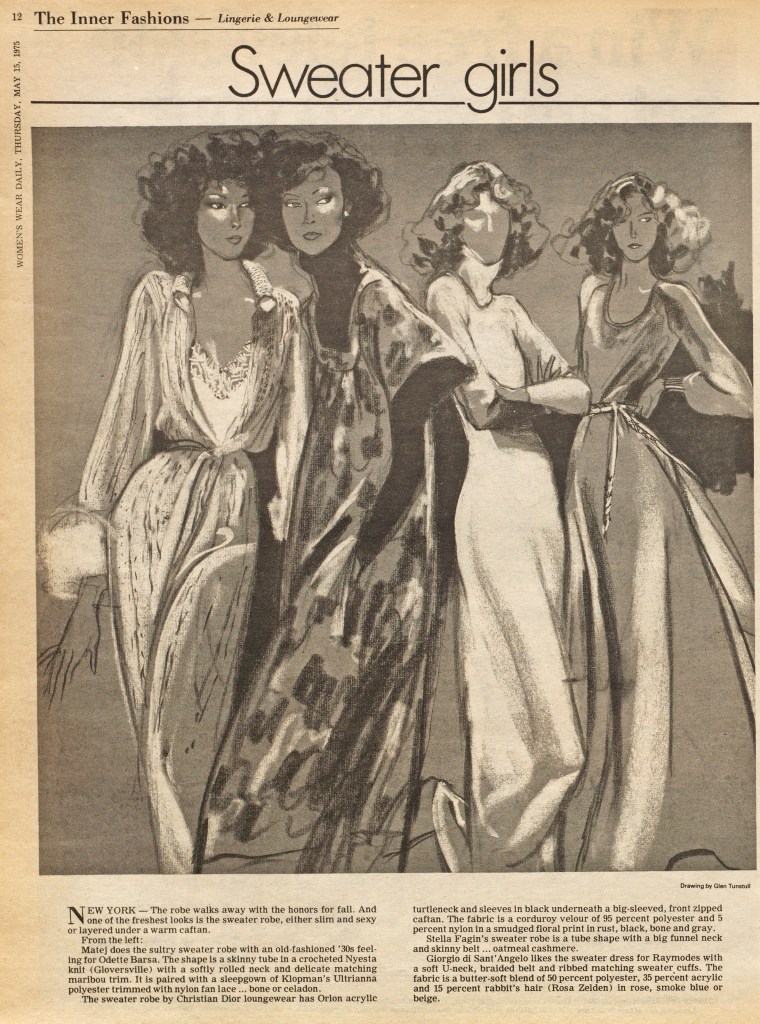 “Sweater Girls, the Inner Fashions,” featured in a 1975 issue of WWD. Illustrations by Glenn Tunstull.

Tunstull’s work captured the essence of fashion in an elegant painterly style. Still, fashion illustration was actually not at the top of his career list. “I didn’t think being an artist was something I could do. I actually was going to study business,” he told WWD. Luckily a conversation with an uncle changed that trajectory. The Detroit native got hooked on the art form by taking a class at CASS Tech High School, where he was being trained in commercial art — the catalyst of computer-generated graphic design today. After one course in the art form, he knew he wanted to pursue fashion illustration as a career. Tunstull attended the fashion illustration program at Parson’s the New School of Design but left early to pursue his career.

Learning the art of fashion illustration is quite different from fashion design drawing. There is a strong distinction between the two. “You aren’t creating something exacting. It really is about creating that fantasy, the desire which captivates the fashion ethos. Knowing the placement of a seam isn’t something you can displace in interpretation, I didn’t know that at the onset,” he said. 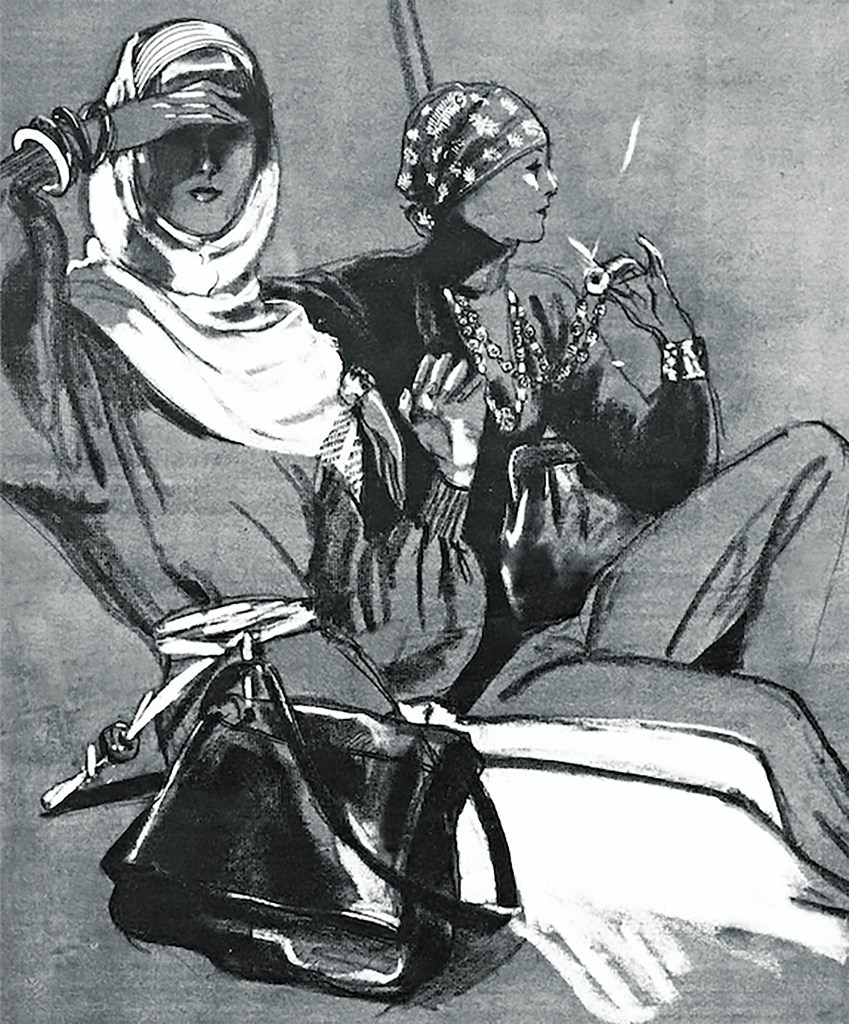 Before applying at WWD, he learned a lot about garment construction from freelance work at Vogue and Simplicity Patterns. The training helped evolve his style and understanding of how fashion in illustration, although not required to be exacting, felt more realistic for the viewer with those details in place.

“I came into the world of fashion illustration just after the Civil Rights Movement.” Getting hired by WWD at that time, out of all the applicants who would have applied, was amazing. “It was a moment of change for my career. I went from being anonymous to having a tagline in the most influential fashion publication to date. I was now a name in the world of fashion as a part of this niche set of illustrators. Working with WWD was a great way to establish yourself as a fashion artist,” Tunstull said.

“Of course, we all wanted to cover everything, especially the couture, but that was all Kenneth [Paul Block], respectively.” Fashion, especially the American industry, offered many opportunities. Tunstull, like his colleagues, would illustrate multiple categories and social portraits. A three-page editorial titled “Betty Ford Buys American,” published in 1975 during her term as first lady, not only compliments his style but envisioned Ford in wearable American fashion. “It was always a great opportunity to have a page one assignment because it was the urgent image of the day,” he said. 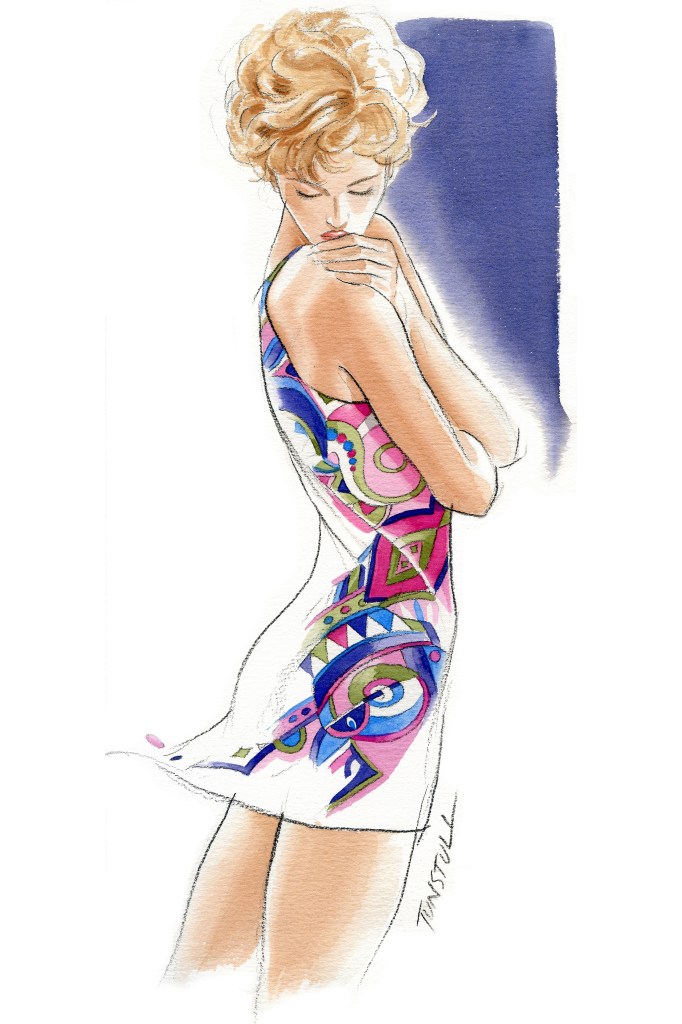 Other assignments included the double-fold layout on pages four and five, which was an opportunity for the fashion illustrators to showcase their style. “Those were the most precious to me,” recalled Tunstull. “We also did feature artist assignments, and I remember my first California market supplement. Being sent to California by myself to sketch what the designers were going to show was a lot of pressure,” he said. “But it was some of my best work during my time there.”

As the field of fashion illustration grew, Tunstull moved on to pursue his love of the arts. Moving to Paris in 1975 could have proved daunting for a young artist. He recalled his arrival in Paris and the need to find freelance work, which wound up reinforcing WWD’s influence. 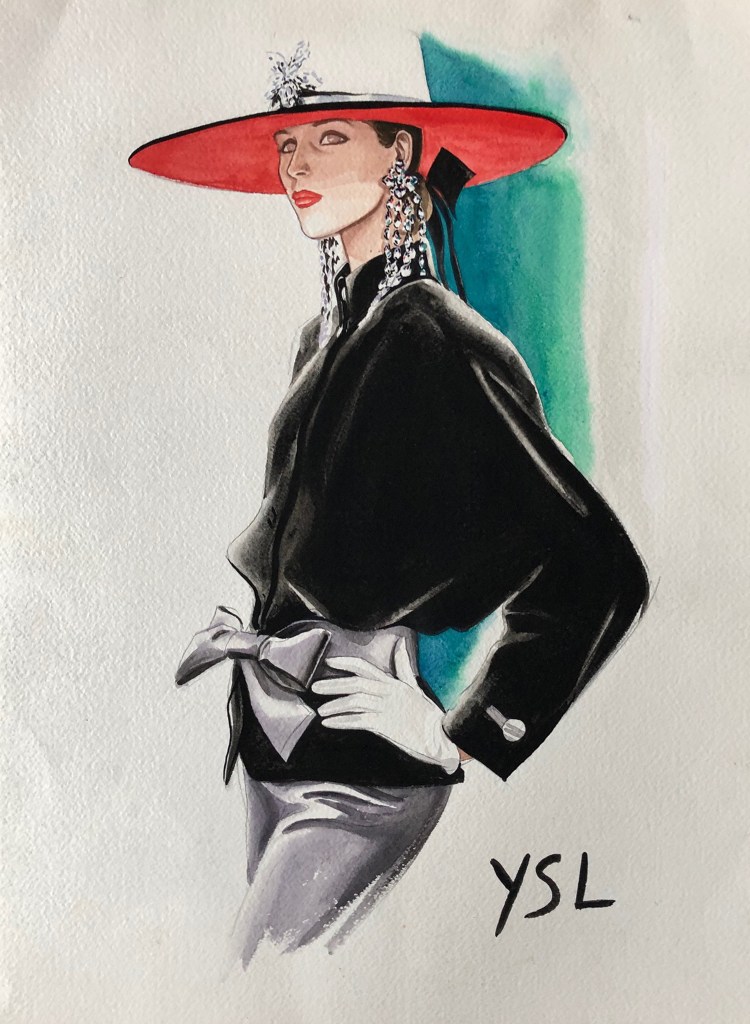 “I went on an interview to acquire freelance work, and the interviewer knew me because of my editorial work with WWD. I was astounded by the reach the journal had. I was hired on the spot. Thanks to Women’s Wear Daily, my work now had a global audience. I felt like the luckiest person in the world and continue to pursue my art,” he said.

Tunstull’s fashion illustrations are an influential piece of fashion’s visual history. His work with WWD helped him garner a successful career as a fashion illustrator, something he doesn’t regret. 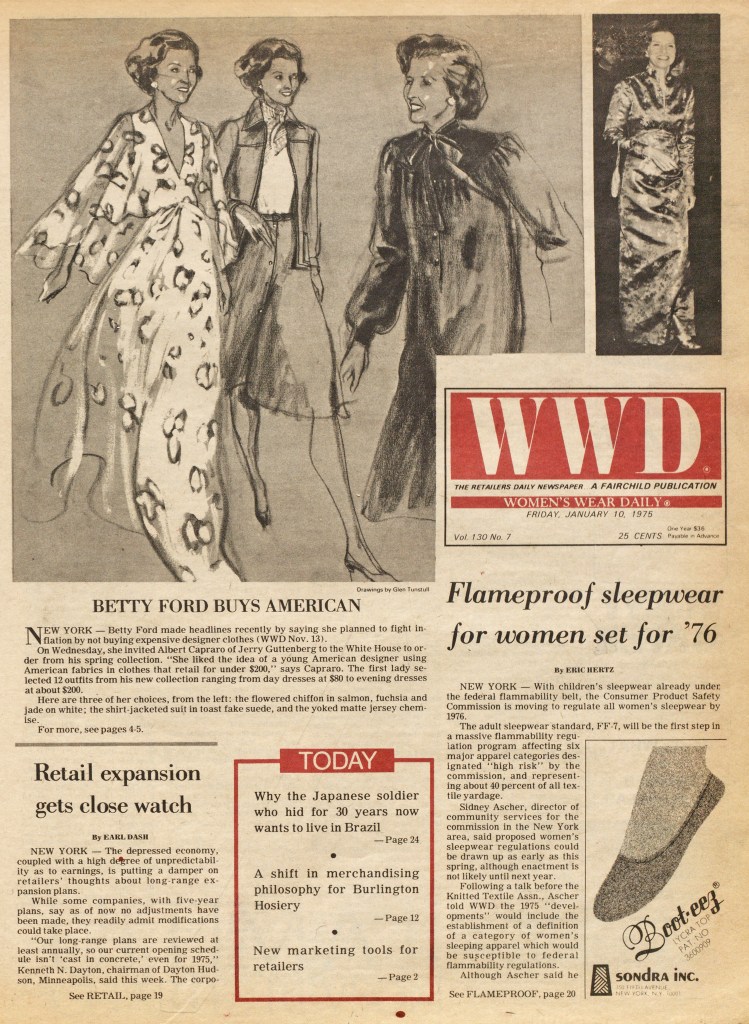