Popular boxer, Deontay Wilder has come out to blast Tyson Fury for lying about having Covid-19 to get their trilogy fight postponed.

He recently slammed the boxer during a recent interview, and the world has been reacting.

According to him, Fury is simply doing everything possible to evade their scheduled fight and it is very tiring at this point.

Wilder added that he deserves to be awarded the WBC world strap and paid in full if Fury eventually pulls out.

“That’s what I believe. And a lot of other people do too – the whole world believes it’s nothing but lies.”

“And it really sickens me to hear that because so many people have died of COVID.”

“People I know have had family members to die of it. To hear others using this as an excuse to get out of something is just horrible man.”

“May they burn in hell for that. Especially for something like this. Because the dude said he had COVID, then the next minute you see him in so many different places. It’s just ridiculous.”

“He’s been trying to run away from me since July of last year. He’s paid hundreds of thousands of dollars to try to avoid me.”

“They came up with so many excuses to try to avoid me. They contradict themselves so many different times and it’s just ridiculous at this point.”

What do you think?

Tyson Luke Fury (born 12 August 1988) is a British professional boxer. He is a two-time heavyweight world champion, having held the WBC, The Ring magazine and lineal titles since defeating Deontay Wilder in February 2020; previously he held the unified WBA (Super), IBF, WBO, IBO, The Ring, and lineal titles after defeating Wladimir Klitschko in 2015.

As of April 2020, he is ranked as the world’s best active heavyweight by ESPN, the Transnational Boxing Rankings Board (TBRB), and BoxRec, as well as the second-best active boxer, pound for pound, by BoxRec, sixth by the TBRB, and seventh by ESPN.

Tyson Luke Fury was born on 12 August 1988 in the Wythenshawe area of Manchester to Irish parents Amber and John Fury, and was raised in a house in Styal. Fury was born three months premature and weighed 1 pound (450 g). 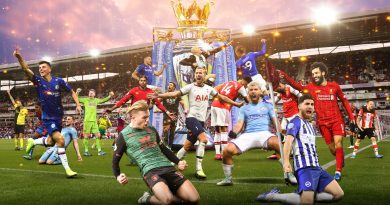