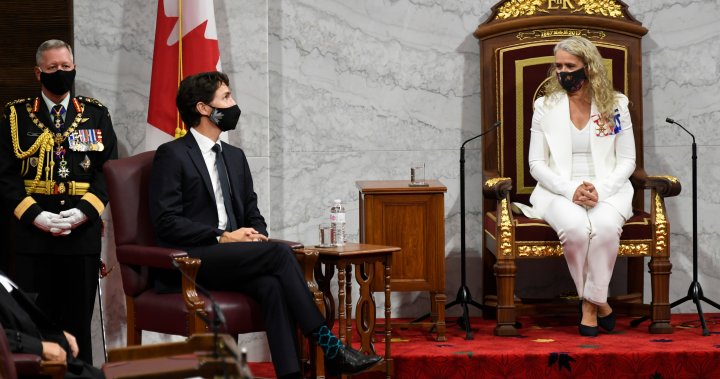 The federal government has allocated $30 million over the past 15 years to sustain charitable foundations created by governors general once they leave office.

But Prime Minister Justin Trudeau‘s office won’t say if the current government would offer the same support should Julie Payette choose to set up a foundation of her own.

Payette resigned as governor general last month, only three years into her five-year term, after a scathing, independent review concluded she had presided over a toxic work environment at Rideau Hall.

She has not thus far signalled an intention to set up a foundation and could not be reached for comment.

Consequently, the Prime Minister’s Office refused to say if it would consider funding one.

“This is not an entitlement and the decision to provide financial support, including the amount of support, to a foundation established when a Governor General leaves office is made on a case-by-case basis,” said Fenelon.

She added that foundations created by former governors general are “subject to the same reporting requirements as other Canadian charitable foundations.”

There is a long tradition of former governors general engaging in philanthropic work, dating back to Vincent Massey, who held the viceregal post from 1952 to 1959 and contributed to an existing family foundation after retiring.

For each of the three governors general who preceded Payette, Fenelon said the government contributed a $3-million grant to help establish foundations and committed to give up to another $7 million over 10 years to match funds raised from other sources.

Adrienne Clarkson, who held the post from 1999 to 2005, created The Institute for Canadian Citizenship. According to the institute’s website, it employs 22 people and “delivers programs and special projects that inspire inclusion, create opportunities to connect, and encourage active citizenship.”

The institute’s 2018-19 annual report says it brought in $5.2 million, 68 per cent of which came from “government” and 28 per cent from donations. It does not specify whether governments other than the federal government contributed.

The statement says the institute spent 89 per cent of that money on programs.

Clarkson’s successor, Michaelle Jean set up the Michaelle Jean Foundation when she left the post in 2010. It employs a staff of five and aims to help “fragile and excluded youth ? find themselves through the arts and civic participation,” including providing bursaries to young artists, according to its website.

According to its 2018-19 annual report, Jean’s foundation had revenue of $1.6 million, 41 per cent of which (just over $657,000) came from the federal government’s Canadian Heritage department.

Payette’s immediate predecessor, David Johnston, set up the Rideau Hall Foundation when he retired from the viceregal job in 2017.

According to its website, the foundation was established to “amplify the impact of the office of the Governor General as a central institution of Canadian democracy, and to better serve Canadians through a range of initiatives linked to learning, leadership, giving and innovation.”

It employs 25 staff and, according to its 2019 annual report, had revenue of $10.5 million. It does not specify how much of that came from the federal government.

The Rideau Hall Foundation spent nearly $9 million, $3.8 million of which went to programs and another $3.8 million to grants and scholarships. It is now a partner with the Michener Awards Foundation, established by Roland Michener, governor general from 1967 to 1974, to celebrate excellence in journalism.

Other governors general who set up charitable foundations after leaving the post include Ray Hnatyshyn, Jeanne Sauve, Jules Leger, and Georges Vanier.