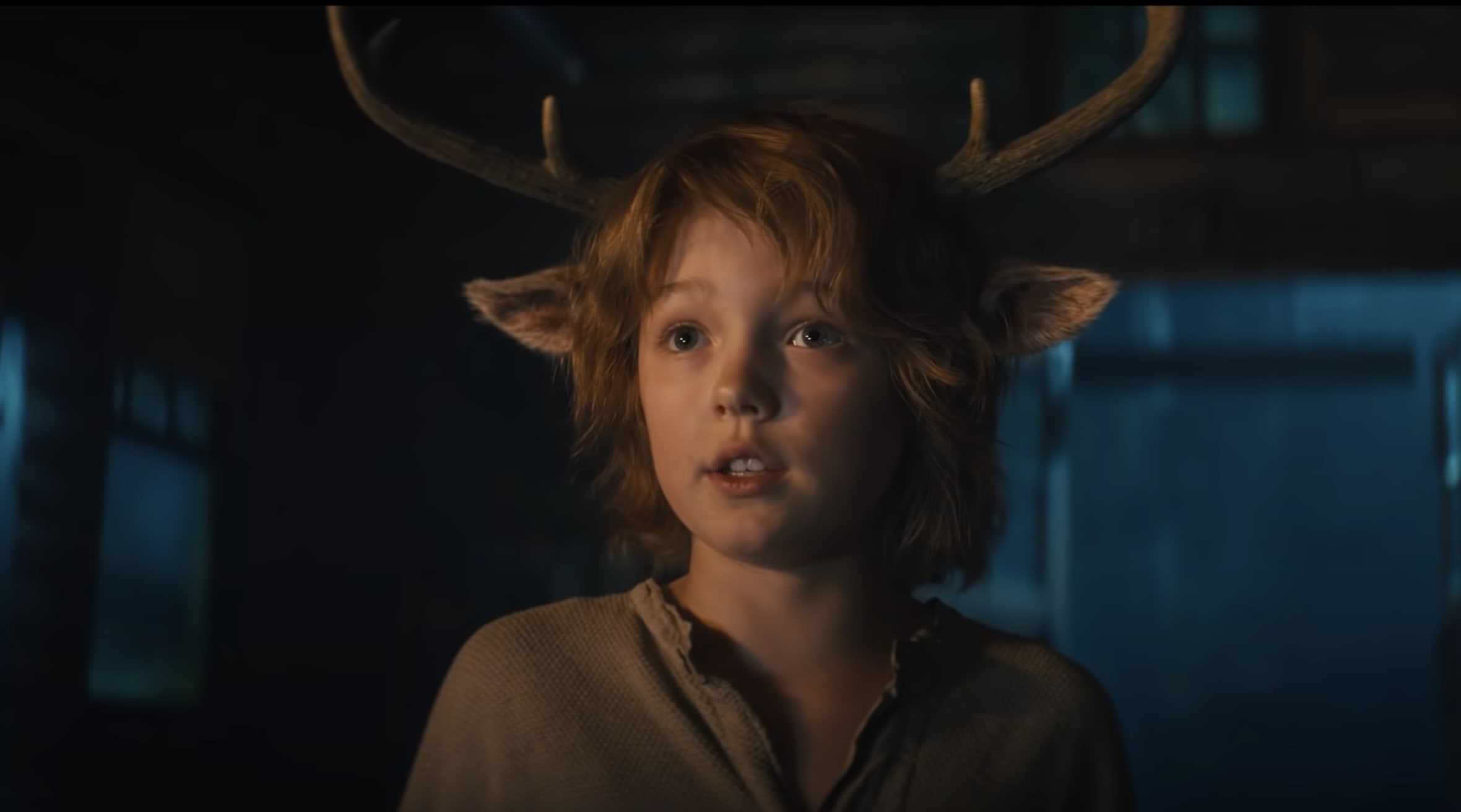 Netflix’s new series Sweet Tooth is the latest in a long line of fantasy films and TV shows shot in Aotearoa New Zealand.

Sweet Tooth, based on a series of DC comic books by the same title, is set in a post-apocalyptic world ravaged by a pandemic known as ‘the sick’. The spread of the deadly virus coincides with the appearance of the ‘hybrids’, a new breed of half-human, half-animal children believed to be somehow connected to the emergence of the pandemic.

The plot revolves around Gus, a deer boy raised in peaceful isolation inside Yellowstone National Park by his father, who feared both the effects of the pandemic and the widespread social hostility towards hybrids. Following the death of his father, Gus embarks on a journey to search for his mum across a post-apocalyptic America with muscular drifter Jepperd, encountering a series of enemies along the way.

In order to render this verdant, overgrown version of the United States, the show was shot around Otago, Waikato and Auckland, where local theme park Rainbow’s End doubled as the ‘Animal Army’ headquarters.

According to executive producer Susan Downey, New Zealand was considered the perfect location for the production since the beginning: “We brought it up really early in the process because we were like, ‘We need to find somewhere that has a fairy tale America kind of feel’.”

Similarly, co-executive producer Amanda Burrell credited the scenic beauty of the country for the producers’ choice: “We knew what Sweet Tooth was, but being in New Zealand made us fully understand it. The magical beauty of New Zealand is otherworldly.”

In the early 2000s, New Zealand gained global exposure for standing in as the fantastic world of Middle Earth in Sir Peter Jackson’s Lord of the Rings trilogy and since then a huge number of international fantasy productions, including The Chronicles of Narnia films, Bridge to Terabithia, Avatar, The Hobbit trilogy and Pete’s Dragon, have been shot and produced in the country.

But even before the international success of Lord of the Rings, New Zealand had provided locations for fantasy films and TV shows such as Willow (1988), Hercules: The Legendary Journeys (1993–1999) and Xena: Warrior Princess (1999­­2003).

So why is New Zealand such a popular location for international fantasy screen productions?

The availability and easy access to a wide variety of spectacular natural locations able to stand in for pre-industrial fantasy universes constitute an obvious answer to this question. And yet there are a number of other economic, industrial and cultural factors that should not be underestimated.

First, New Zealand is able to provide a relatively large pool of skilled, English-speaking actors and crews. Eighty percent of the cast and 95 percent of the crew members for Sweet Tooth were New Zealanders and three of the episodes were directed by Kiwi film-makers Robyn Grace and Toa Fraser.

Fantasy is one of the most expensive genres to produce, as it often requires the creation of complex sets, make-up, props and special effects. The financial incentives provided by the New Zealand Government, which offers a 20 percent cash rebate for qualifying local expenditure, are particularly appealing to international large budget productions.

Similarly, the absence of film unions, courtesy of the controversial ‘Hobbit Law’ passed by then-Prime Minister Sir John Key in 2010, makes the life of large corporations such as Warner Bros and Netflix (the producers of Sweet Tooth), much easier.

The history of fantasy cinema as a genre has been connected to technological innovations in the field of special effects. Since the 1990s, companies like Weta in Wellington have been able to provide special effects for large-scale productions such as Xena and Lord of the Rings. While initially the main competitive advantage of Weta over its North American counterparts was the low cost of the special effects it could produce, since Lord of the Rings it has acquired an international reputation for developing cutting-edge technology, which, in turn, has attracted and made possible large-scale fantasy productions such as King Kong, Avatar and The Hobbit.

New Zealand’s popularity as the location of screen fantasy stories, however, cannot be fully explained by mere production factors. It could be argued both the colonial history of New Zealand and its geographical location have played a crucial role in facilitating the multiple transformations of the country into various screen fantasylands.

For many international viewers, before Lord of the Rings New Zealand was a land as fantastical and mysterious as Middle Earth. Similarly, it was the physical distance of the country from the centres of the western world (mainly the US and UK) that made possible the development of colonial fantasies about the country.

The settler rhetoric that defined New Zealand as ‘Godzone’ or ‘The Country of the Golden Weather’ conflated notions of familiarity and exoticism, purity and abundance, that in turn pointed to the utopian character of the country.

In the 19th and 20th Centuries, New Zealand was constructed as a promised land, ‘a better Britain’ that could offer prospective British settlers the chance of a new life. From this point of view, the use of the local landscape as a versatile, transposable ‘otherness’ in countless fantasy productions is a corollary of the same colonial logic that conceived the country as the new utopian version of places that already existed elsewhere.

So if Aotearoa becomes ‘New’ Zealand, Christchurch the quintessential English city and Dunedin the Pacific rendition of Edinburgh, it makes sense that contemporary New Zealand continues to mutate into fantastical places such as Narnia, Middle Earth or a post-apocalyptic American Midwest.

Is this the symptom of an identity crisis or rather a testament to the magical nature of the country? Hard to say, but for now we can feast our eyes on the beautiful world of Sweet Tooth knowing it’s a bit our own too.

What is the National Security Whistleblowers Coalition? 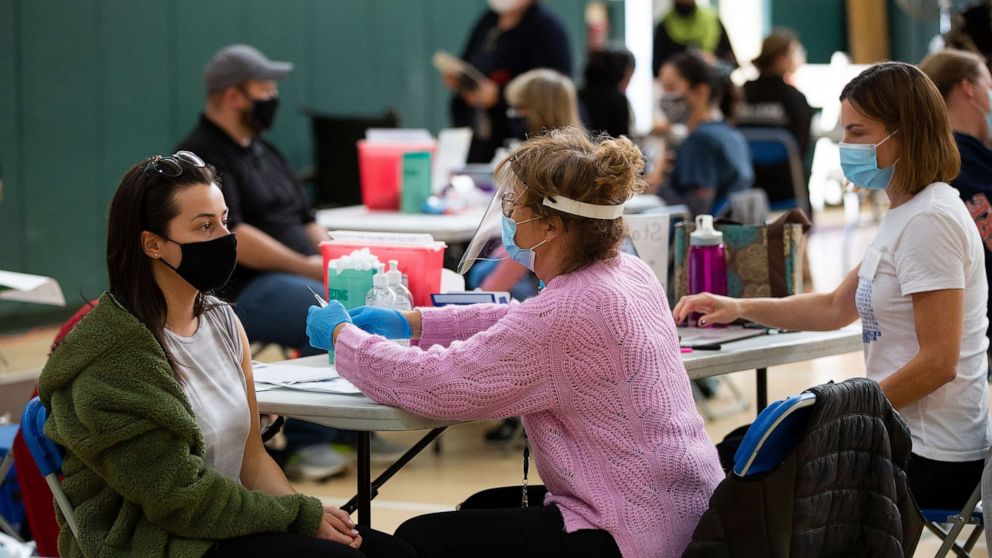 As states open up eligibility, the 1st big test of America’s vaccine hesitancy