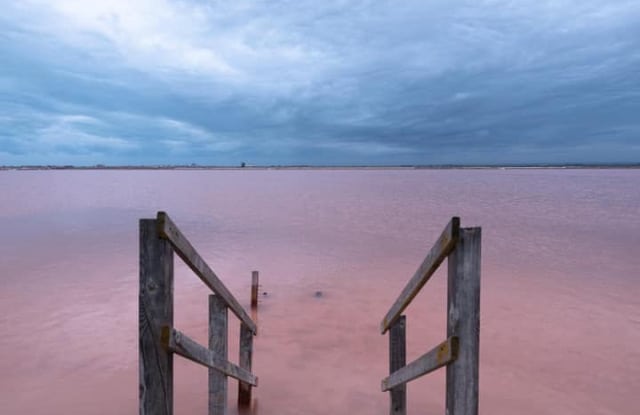 
MILAN — Fashion continues to be in Frida Giannini’s heart, but Gucci’s former creative director is today focused on channeling her energies into projects that are dear to her. And from her observation point, she is candidly giving a shoutout to her friend Maria Grazia Chiuri, while she hopes pure luxury will return and edge out all streetwear and untrained designers.

Giannini, who is a member of the board of Save the Children and has for years supported UNICEF, receiving in 2011 the UNICEF Women of Compassion award, is the godmother of a photo exhibition organized by association Angelo Azzurro that is part of the A-HEAD project, opening on Oct. 23 in Rome and running until Nov. 2. Called “Circuiti,”  the exhibit displays photos by Luca Centola.

While at the creative helm of Gucci, which she exited in January 2015, the Roman designer made social issues a focus both for the brand and for herself. In particular, in 2013 together with Beyoncé Knowles and Salma Hayek Pinault, she and Gucci launched Chime for Change, created with the goal of supporting women’s and girls’ education, health services and justice.

In 2018, the designer made a brief comeback to fashion for a humanitarian project in partnership with retailer OVS, for which she created a Christmas capsule collection of sweaters benefiting the nonprofit association Save the Children.

While Italy is seeing a new wave of COVID-19 infections, Giannini said organizers of the photo exhibition were doing everything in their power to make sure it would take place, with all the due precautions, as it is a fundraiser.

“Mental health is an issue that is often ignored, it’s sneaky and many times it’s invisible, it does not leave visible scars, but they are there,” said Giannini from her home in Rome. “This is a new project for me, after years devoted to shining the light on war children and hunger. Sometimes families do not understand what mental health is or they are ashamed to tackle the problem.” Victims can be children, bullied for example; adolescents affected by eating disorders, or adults. The pandemic has affected people tremendously, she continued. “With the lockdown, there’s been a huge surge of anxiety, depression, panic attacks. It’s a disturbing moment for everyone, even those that are solid.”

The intention of the exhibit is to reinforce the fight against the stigma often associated with mental health issues. “If someone has problems, they are either considered strange or crazy and they are not seen as patients, which leads to marginalization. These individuals have a hard time finding a job or to continue their studies, some don’t have the money or the ability to see a psychiatrist, and our goal is to be near them, they should not be left alone, ” Giannini continued. “They are helped to be integrated in society through the development of new creative skills,” she explained.

Creativity remains central in Giannini’s life, although she has been out of the fashion limelight since her exit from Gucci. She admitted she’s had “silent consultancies” with a few brands, and that she has been helping the team at Golden Goose, as reported. “I’ve been a customer and a fan of the brand early on and for years,” she said. “I have a beautiful friendly relationship with the team and I’ve been greeted there as a member of the Golden Goose family.”

Her own family has been through some changes, since Giannini is separating from her husband, Patrizio di Marco, a former Gucci chairman and chief executive officer and also a former chairman of Golden Goose, with whom she shares a daughter.

Asked if she is planning a comeback with a designer brand, Giannini admitted she does “not have anything on the table,” and expressed her doubts about the fashion scenario.

“I find there’s a lot of confusion and uncertainties, and lots of copycat designs. I see a lot of improvisation, designers that have no experience and brands that rely on the number of [social media] followers in their choice of creative heads,” she contended. “And so many designers are working far from the artisans, or for more than one brand, I don’t understand that.”

Giannini also expressed her frustration at the amount of streetwear in fashion. “Enough, let’s return to beautiful, luxurious products, materials and hides. I think after the pandemic people will want to return to dress well and lots of useless things will disappear. Shopping we all know is therapeutic, but you want to buy beautiful pieces, and not only because they are fashionable.”

She singled out the work of her friend Maria Grazia Chiuri, artistic director of women’s collections at Dior, however. “She is talented and she proves that you can design beautiful things that sell, not only key chains but also coats, ready-to-wear, bags that you see people actually wear. Dior is performing so well despite the difficulties, and I am very happy for her success. I still believe this industry is sexist, so I am very happy that a woman has the space to express herself,” Giannini said.