The interns & the law firm

A former Russell McVeagh partner has been found guilty of misconduct over accusations of groping summer clerks, in a ruling the legal profession’s disciplinary tribunal says sends a clear message there is “no place for objectification of women or indeed any person” within the law.

James Gardner-Hopkins, who can for the first time be named after losing name suppression, must now wait to see whether his behaviour will cost him the ability to practise law in New Zealand.

The first five charges related to his behaviour towards four summer clerks at an out-of-office Christmas function which took place in Wellington, while one involved consensual events with a fifth summer clerk (not testifying to the tribunal) at a “team” Christmas party held at the lawyer’s home.

In 2018, Newsroom revealed a group of summer law clerks in Wellington had been subjected to sexual assault and harassment during their time at the law firm two summers earlier – with the reporting leading to a damning review into Russell McVeagh’s handling of the allegations and marches to protest sexual harassment in the workplace.

During the week-long tribunal hearing, one woman spoke of feeling like “a field mouse being hunted by a tiger” at the firm Christmas function, while another witness said the clerks had been treated as “broken and hysterical” when they approached Russell McVeagh with their concerns.

In its decision released on Thursday, the tribunal found Gardner-Hopkins guilty of misconduct on six charges (a seventh, alternative charge of cumulative misconduct was redundant given its decision, although the tribunal said he would have been found guilty on that count if required).

“In our view, Mr Gardner-Hopkins has not previously been able to accept that he acted in the manner described by each of the complainants. Put colloquially, he has been in denial.”

The tribunal described evidence given by the complainants as honest and compelling, with all accepting the difficulties in recalling the precise detail of events from more than five years ago while providing a clear recollection of Garden-Hopkins’ actions on the night.

It had considered the possibility that their recollection of events may have been influenced by discussions between witnesses after the party, as well as previous reviews into the allegations, but was “impressed by the care taken by the witnesses to recount events from their own memory”.

“On more than one occasion, the witness referred to a clear memory of how she had felt at the time, because even if peripheral details had been lost to memory, the feeling (including that of powerlessness) had not.”

In contrast, the tribunal said Gardner-Hopkins’ evidence had “evolved” over the course of the disciplinary process. Initial denials gave way to some admissions when eyewitness evidence was shared with his legal team, and only after he had heard the testimony and cross-examination of the complainants during the hearing had he accepted the honesty of the evidence given against him.

“In our view, Mr Gardner-Hopkins has not previously been able to accept that he acted in the manner described by each of the complainants. Put colloquially, he has been in denial.

“He has no real recollection of what occurred that night. Since the allegations were first put to him, his attempts at reconstruction have been influenced by a belief that he could not have acted in the manner described.”

Concessions regarding specific behaviour were “only made when inescapable”, and his suggestion that the touching of the summer clerks at the firm party had been accidental was not credible.

“We consider that it is highly unlikely that the practitioner could have inadvertently touched four different young women (some of the most junior present at the party, therefore likely to be in awe of him), in a manner which was intrusive and intimate, completely accidentally.

“The practitioner’s version of events that he was drunken and oafish in his behaviour may well be true, but it does not explain how the ‘oafishness’ always managed to manifest itself in intimate touching of vulnerable young women.”

On whether the offences had taken place while Gardner-Hopkins was involved in “the provision of regulated services” – as required for a finding of misconduct under some parts of the relevant law – the tribunal said the concept of legal services included interactions “designed to enhance inter-personal relationships and to build a competent and trustworthy team whose combined talents will ensure a high standard of professional services are rendered”.

While some social events would clearly fall within a lawyer’s personal life, it was clear from evidence that socialising with clients and staff members was a strong expectation within the firm.

The firm Christmas party was paid for, and only open to members of, Russell McVeagh, while preparations for the summer clerks’ skit was “seen as so connected with the work of the firm that there was a code for recording preparation time”.

Gardner-Hopkins had paid little or no regard to his professional obligations at the firm Christmas party, including the need to model appropriate behaviour for his junior staff.

“In particular, he ought to have been aware of the obvious power imbalance between a partner and a junior staff member interacting at a social function. The seriousness of his poor choices on that evening is compounded when added to his acknowledgement that when drunk, his behaviour was to have ‘no respect for personal boundaries’.”

When it came to consensual events with the fifth summer clerk, Gardner-Hopkins’ argument that she had initiated the contact was “irrelevant”, the tribunal said.

Given the enormous power imbalance between the partner and head of the team and the summer clerk in that team, conduct which comprised intimacy only just short of sexual intercourse, can only be characterised as disgraceful and dishonourable.”

“It is a mark of shame for the profession that its most junior members have shouldered the burden of bringing these events to notice, but it reflects only positively on them.”

The tribunal said its ruling made “no definitive assessment of the firm’s [Russell McVeagh] culture as a whole”, aside from the ‘work hard play hard culture’ which a number of witnesses had described, due to the limited evidence in that regard and the fact it was not the focus of the inquiry, as well as the fact it had not been represented at the tribunal.

In addition, it did not want this decision to be read “as one which prevents enjoyable or even warm interactions between practitioners, or to be read as enforcing a humourless, rigid code of behaviour on the legal profession, which is already a stress-laden one”.

“A careful reading of the evidence recorded in this case, and understanding of the relevance of power imbalances, will reveal the stark differences between healthy collegiality and what happened here.”

Instead, the decision affirmed what had always been the case, that “indecent, unconsented or unwelcome touch by a lawyer on another” breached the standards expected by a member of the profession.

“The profession expects of its members that those who work with lawyers are respected and safe. A basic behaviour expected of lawyers towards those they work with is that they are respectful and do not abuse their position of power.

“There is no place for objectification of women or indeed any person, by those in the profession of law.”

Two of the complainants and witnesses had left New Zealand since the events in questions – one as a direct result of what took place – while at least one other had left the legal profession and another had changed their area of practice to avoid contact with Gardner-Hopkins.

“It is a mark of shame for the profession that its most junior members have shouldered the burden of bringing these events to notice, but it reflects only positively on them…

“They had the moral compass to know what had happened was wrong and the courage to speak out. In doing so, in no small part they have initiated long overdue and necessary steps to ensure this conduct is not repeated on others.”

In a media statement following the release of the decision, NZ Law Society president Tiana Epati acknowledged the courage of victims and witnesses who came forward and gave evidence in what was an important case for the legal profession.

“The decision by the tribunal sets a clear benchmark for the standards expected of lawyers, not only within an office environment but when attending work functions and events.”

Epati said previously announced changes to Law Society rules of conduct would come into force from the start of July, with an emphasis on addressing bullying and harassment and new reporting requirements “which emphasise the shared responsibility of law firm partners to ensure this behaviour does not happen”.

A Russell McVeagh spokeswoman said the firm had cooperated with the Law Society’s investigation and acknowledged the events under examination were unacceptable.

“Since this time the firm has focused on making changes, including commissioning and making public a wide-scale review of the firm’s culture, policies and practices, and has provided subsequent updates.”

Both the Law Society and Russell McVeagh said they would not comment further given the tribunal’s penalty hearing was yet to take place. 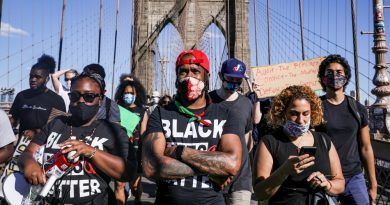 Why We Need To Elect People With Knowledge, Relevant Experience/ Expertise?: 5 Keys