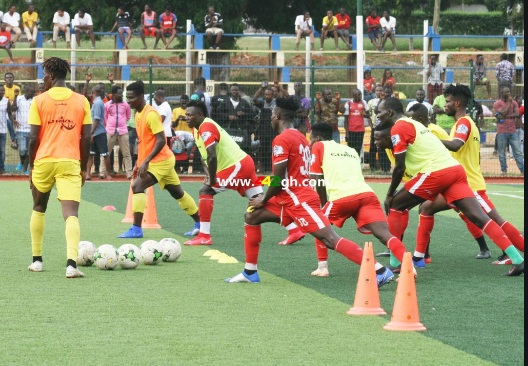 Sport
May 26, 2020May 26, 2020 Mary 0 Comments
LinkedInFacebookTweetPin
LiveChat will greatly increase the number of your satisfied customers. I've already tried it and I can recommend it as a go-to customer service tool! Sign up today for a free trial!

First it was the Korean K-League and then it was the German Bundesliga. Now, more football leagues around the globe – mostly in Europe – are returning to action.

The News Agency of Nigeria (NAN) reports that this week marks the return of a wave of leagues that will start back up across Europe after going into a forced break due to COVID-19 pandemic.

By the end of May, a number of leagues around the world will be playing to conclude their 2019/2020 seasons.

The first to restart was the Estonia top-fight with three matches being played on May 19. Estonian football plays spring to autumn and play was suspended after just one matchday.

They will now have the chance to complete the season and there is hope that fans will be allowed to attend matches as early as July.

Joining Estonia was another smaller football league as the Costa Rican Premier League (CRPL) also restarted on May 20.

The CRPL is the first league in the Americas to restart after the breakout of the pandemic.

With cases still rising in the United States, Mexico, Brazil and Argentina, the CRPL is likely to be the only league back in action for a few more weeks at the very least.

Costa Rica plays an apertura/clausura split season. The league’s clausura still had seven games plus the playoffs to go when it was suspended in March.

There will be plenty of football to play in the country to finish out the campaign.

The Czech Republic top-flight resumed on May 23, as the clubs finish out the final six games of the season.

The top-flight in Hungary is close with Fenrencvarosi just three points ahead of second-placed MOL Fehervar. Fenrencvarosi have two games in hand, however.

Just weeks ago, it felt like football, the most important of the least important things, would never return.

The round leather game is now back with more leagues resuming or starting in the final week of May and first week of June.

Although, the German Bundesliga is so far the only ‘major’ league to return, La Liga is progressing in their bid to restart.

For the Nigeria Professional Football League (NPFL), the League Management Company (LMC) says talks are ongoing by the various stakeholders to unveil a potential return of the NPFL in a format still under consideration.

Shehu Dikko, the Chairman of the LMC, speaking on a live television programme on Monday outlined the four formats being considered to conclude the league which has been on hold due to the outbreak of COVID-19.

“We have been having useful conversations with the NFF and indeed with the Government authorities on what options are available to us with regards to the NPFL and indeed other leagues.

“We have had several private meetings with government over the last week to sound them out, feel the pulse and determine what could be possible in view of the challenges,” he said.

Dikko further explained that there were four major options available to pick from in order to conclude the season.

“Four options are available to be considered toward the conclusion of the NPFL, subject to government approvals and time permitting which are:

“Option (A): End the league as it is, adjust the table based on Points Per Game (PPG) system so as to bring all the teams at par to guarantee sporting merits and sporting fairness.

“Then LMC organise a Playoff, which would be a one venue event for 7-10 days, to determine the Winner and CAF slots.

“Option (B): End the league as it is, adjust the table based on PPG system so as to bring all the teams at par to guarantee sporting merits the sporting fairness.

“Then submit the top-ranked teams for CAF competitions. This option is only considered if there is no time for the playoffs.

He however explained that option (C) was only open with time permitting and huge support from government, and only if the country reopened completely and interstate travels allowed.

According to him, option (D) would be to conclude the league as normal on basis of home and away provided time permits, the country reopen completely, the health issue completely under control and with huge support and approval from government.

The NPFL was suspended on March 27 after the completion of Matchday 25, with Plateau United, Rivers United, Lobi Starts all gunning for the title and Enyimba with five games outstanding occupying fifth on the log.

Football fans can rejoice because there are further leagues returning this week as well.

From May 18, players have been able to train in groups of up to 10. It is a good sign and hopefully, the English Premier League (EPL) won’t be too far behind.

So, who is back playing and when are other leagues set to return?

• Belarus – played through pandemic breaks taken by other leagues

• France – Has cancelled the season

By the end of May, it is estimated that around 15 professional top-flight football leagues will be back in play. (NAN)