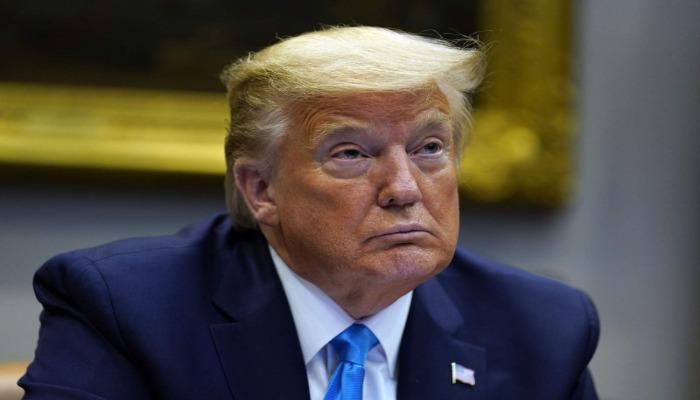 Business
May 11, 2022May 11, 2022 Mary 0 Comments
TweetPinPrintLinkedInEmailFacebook

MTN, NAHCO, other stocks cause market’s first loss this week

Despite the Tuesday’s dip, the market’s week-to-date (WtD) return is still positive at 1.70percent while the market has risen by 4.36percent and 21.28percent since beginning of this month and this year respectively.

MTN Nigeria led the losers league after its share price decreased from N249 to N240, losing N9 or 3.61percent, followed by NAHCO which dropped from a preceding day high of N6.79 to N6.51, losing 28kobo or 4.12percent of its day-open price; while Wema Bank also made the top laggards league after it decreased by 14kobo or 3.73percent, from N3.75 to N3.61.

The Nigerian Exchange Limited (NGX) All-Share Index (ASI) and market capitalisation decreased from preceding day’s highs of 51,903.44 points and N27.981trillion respectively to 51,805.41 points and N27.928trillion. On the gainers list, Okomu Oil Palm led other stocks after its price rose from N170 to N187, adding N17 or 10percent. 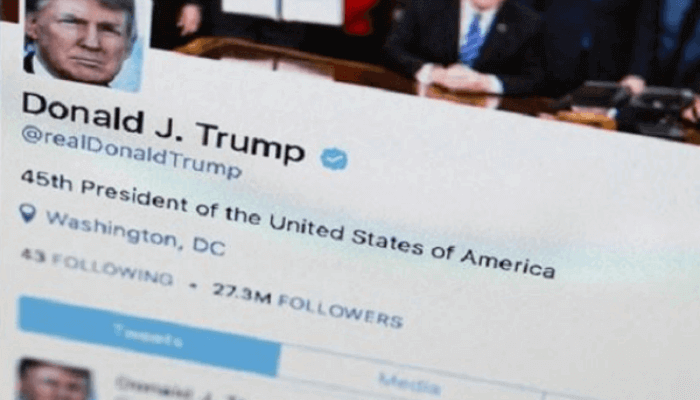 The world’s richest man, Elon Musk, has said that he would reverse the permanent ban on former US President Donald Trump once his ownership of the microblogging company is completed.

BREAKING: @ElonMusk says he would reverse Trump’s suspension from Twitter and called the ban “morally wrong” and “flat out stupid.” pic.twitter.com/ahRTaO5caV

He even condemned the policy of a permanent ban on the company platform following the violation of laid down rules. He believes that a temporary ban should be adopted instead to encourage all shades of opinion but with punitive punishment that controls free speech.

In an exclusive interview with Benny Johnson of the Financial Times, which was posted on his Twitter account (@bennyjohnson), he said that the ban on Donald Trump was “morally wrong and just plain stupid.”

He said he had spoken to Twitter co-founder, Jack Dorsey who agreed “that permanent ban should rear and only reserved for accounts that are blocked or spam or there is no legitimacy to the account at all”.

He agreed that the decision to ban out rightly Trump alienated a large section of subscribers in the country and made the company feel like it was only affiliated with the far left.

“It doesn’t end Trump’s voice. It will amplify it among the right. That’s why it’s morally wrong and outright stupid,” he said.

“They’re just coming at it from an environment that is very far left. But it fails to build trust in the rest of the United States and perhaps other parts of the world.” He added.

One of the changes he promised to introduce once his takeover bid is completed is that he would put an algorithm on GitHub which will allow anyone to make suggestions and for human interventions to be highlighted.

Read also: Why Emefiele would want to run for president without first resigning 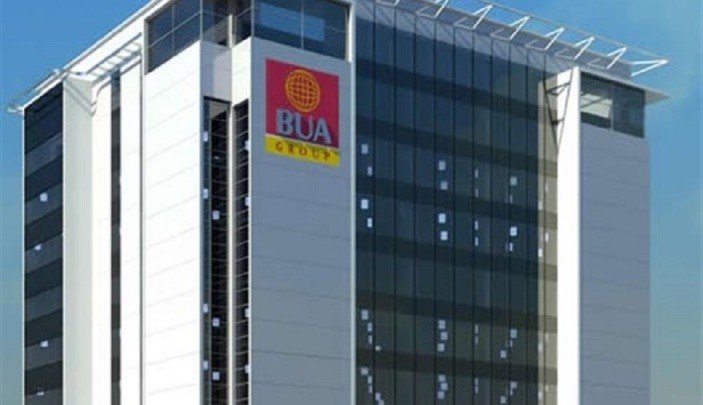 BUA Foods Plc has announced that it has bought the first of two ships that will be used to help the company export sugar.

This information was made available via a press statement sent to the Nigerian Exchange Group and signed by the company’s Director, Marketing & Corporate Communications, Adewunmi Desalu.

The company, which is a leading food business with a strong presence in the Fast Moving Consumer Goods industry, said that it has in its possession one of the two shipping vessels which will help its sugar export operations to the West African market, which kicked off earlier this year.

Following this giant stride, the country said that “its export of refined sugar will benefit the economy, providing an alternative source of income, while significantly diversifying the company’s markets.”

Desalu writing on behalf of the company stated that “The vessels will depart and berth at BUA’s port and terminal increasing export capacity while reducing operating cost. The Mitsubishi of Japan-built vessel is named MV Bundu – after the area in which the refinery is located. The vessel’s cargo capacity is suited to enhance quick and sustainable delivery of more refined sugar in the face of growing export demand from across the African region”.

“The refined sugar of high-grade quality is processed from BUA Foods’ ultra-modern sugar refinery located in Port Harcourt. This state-of-the-art refinery with a capacity of 750,000 metric tons, is also equipped to process all grades of sugar”.

Abdul Samad Rabiu, while speaking on this milestone achievement, stressed the economic benefits of this acquisition to all stakeholders. He said, “As we drive our business for growth with a focus on sustainable returns, and benefit to all our stakeholders and the Nigerian economy, owning a shipping vessel is an important step in the BUA Foods strategy”.

“We see an increased and continued demand for refined sugar across the region with attendant increase for logistics support to aid timely delivery, which is why it is important for us to strengthen our current capability with our own controlled asset as we advance further in our business strategy. These new vessels will create operational efficiencies in our business and open possibilities for new services.” He concluded.

It is agreed that this acquisition will help reposition the company to take advantage of the AfCFTA agreement. Speaking on this, Engr. Ayodele Abioye, Managing Director of BUA Foods, said, “Owning a vessel to export sugar is a crucial enabler of flexibility and agility in our total supply chain as it allows our customers to tackle time-critical fulfilment challenges due to the timely availability of their goods.”

“As we expand our customer base into the region, we strongly believe in working closely with them towards meeting and surpassing their needs in time and in full”. He concluded.

Desalu, concluded in the press statement that the second shipping vessel is expected to arrive by the end of the second quarter of 2022 to promote cross-border trade to businesses across the West African region and other African countries.

Uganda has announced that it has acquired land for the construction of East Africa’s first nuclear plant in its attempt to boost electricity generation capacity in the region.

Bloomberg reported that this announcement was made by the Minister of State for Energy, Okasai Sidronius Opolot, without providing details about where exactly the plant will be sited. In the past, the country had planned to build a 2,000 megawatt nuclear power plant by 2032.

Uganda, which currently has an installed capacity of 850 megawatts, gets approximately 645 megawatts from its hydro plants while the remaining 101.5 megawatts is thermal. This is according to the Electricity Regulatory Authority of Uganda.

According to Bloomberg, the International Atomic Energy Agency (IAEA) director, Aline des Cloizeaux, said that the nation is ready to build the nuclear plant.

There are hopes that this development will give Nigeria’s plan to build a nuclear power plant a much-needed boost.

Information made available on the bank’s website revealed that the motivation behind this move was the problems making it difficult for the country to attain self-sufficiency in food production. some of which are “poor water usage, environmental degradation, vulnerability to climate change and lack of access to finance and nutrition information”.

The country, ranked one of the poorest in the world, finds “nearly 82 percent of its population employed in the agriculture sector, and with low productivity in that sector, the knock-on effect has a terrible impact on their livelihood”.

According to the AfDB, the African Development Fund initiative (ADFi), which is a Multinational Program to Build Resilience to Food and Nutrition Insecurity in the Sahel, has succeeded in dealing with the continent’s food shortages and “building up the overall resilience of vulnerable populations of farmers, fishers, and pastoralists in the country”.

Through the African Development Fund initiative, the AfDB has given $32 million, half of it in grants, to the government of Burkina Faso.

The objective of the programme is to empower women and improve “infant wellbeing”. Added to it is the development of rural infrastructure to support sustainable hydro-agriculture, forestry, pastoralism, fisheries, and beekeeping.

According to the bank, the AFDi has had a significant impact on the economy of the third-world country. “The programme promotes the economy of post-harvest sectors and access to markets.” It dwells equally on improving the nutritional quality of food and making it more widely available to vulnerable populations. ”

92 communities spread across different regions in the country have gained so much from the fund, which was established in 2015 to tackle the issue of food insecurity in countries like Burkina Faso. “Since the program’s inception in 2015, it has provided much-needed support to the most vulnerable populations in 92 communes in the Centre, Centre-South, Centre-West, Central Plateau, Boucle du Mouhoun and Sahel administrative regions of Burkina Faso.”

The bank used the opportunity to present some of the benefits of the fund, with some livestock farmers seeing their revenue increase by almost 30 percent. There is the belief that more beneficiaries will experience this same level of growth. “Access to public infrastructure has improved, resulting in strengthened value chains and healthier living.”

“In the village of Saria, livestock farmer Barkissa Rouamba describes the impact the programme has had on her life.”

Other benefits include but are not limited to the construction of over 200 public sanitation facilities and 60 village wells. Cécile Kantiono, President of the Yidjandureega women’s group, said about the programme.