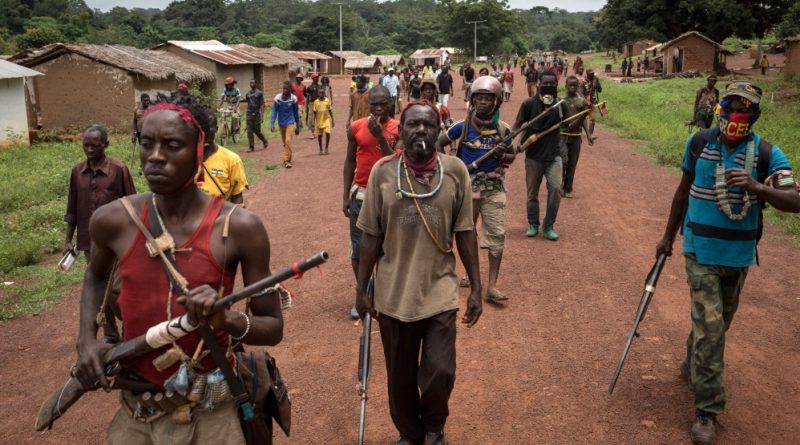 Five leaders of a predominantly Christian militia in the Central African Republic have been handed life sentences for war crimes and crimes against humanity after dozens of Muslims were slaughtered in a southeastern town in May 2017.

Twenty-eight individuals were on Friday also given terms of between 10 and 15 years of forced labour, mainly for murder and illegal possession of weapons.

“It’s the first time that a sentence for crimes against humanity has been handed down by a CAR court,” Justice Minister Flavien Mbata said.

The trial at the criminal court in the capital Bangui broke new ground in a country struggling to provide justice for victims of militia violence.

The trial concerned an attack on a district in the southeastern town of Bangassou and a nearby United Nations base on May 13, 2017.

According to the UN, 72 people were killed, 76 were wounded and 4,400 people were displaced from their homes.

The militiamen especially targeted members of the Muslim community who had taken refuge in the town’s Catholic church.

Ten UN peacekeepers were killed in attacks by armed groups in the Bangassou area between May and November 2017.

The sentences can only be appealed once under CAR law.

The CAR has been grappling with violence since 2013.

The Pino Pino militia was one of the predominantly Christian and animist armed groups that sprang up to combat a mainly Muslim rebel coalition, the Seleka.

Vicious fighting brought the country to the brink of sectarian war, prompting intervention by France, the former colonial power.

CAR President Faustin-Archange Touadera now governs with the support of MINUSCA, a 14,700-strong UN peacekeeping force whose full name is the Multidimensional Integrated Stabilization Mission in the Central African Republic.

But armed groups control two-thirds of the country, typically claiming to represent a religious or ethnic group and frequently fighting over CAR’s rich mineral resources.

The Water Pressure Is High, But Reform May Bring Some Certainty

The Ocean and a Question of Legal Personhood