For finance and business majors, one of the most coveted offers to have at graduation is an analyst position at an investment bank. Business students are attracted by the pay, the prestige and the fast-pace lifestyle that these twenty-something analysts live. But before collecting that (rather large) signing bonus, prospective analysts should make sure they understand what they’re getting themselves into.

Though many will seek investment banking careers, few will succeed. There are only so many IPOs, mergers and leveraged buyouts that take place each year, therefore the industry can only support so many jobs. Furthermore, there are many peaks and troughs in this market, so even if you have a job one year, you may not have it the next.

Despite the high degree of competition and the job insecurity, the resume drop box for analyst positions is always full at the business school’s career office. So what kind of person are these firms looking for?

Getting in the Door

Yes, corporate finance looks for bright minds who can clearly articulate business insights. But investment banks are also looking for students who are driven and disciplined. Athletes often have the ideal personality type for investment banking. They work with a team and practice every day to win. That’s the type of mentality that succeeds in the corporate finance world.

In terms of education and experience, bankers are generally looking for candidates with business and finance backgrounds. Good majors include finance, accounting, business administration and economics, but even math and engineering majors can make their way into an interview if they can demonstrate that they are bright and understand the industry that they’re getting themselves into.

Internships and other work experience that relate to finance are also very important. If a candidate can demonstrate that they’re comfortable with financial modeling and analysis, they are likely to get an interview. But the interview process is where the fun begins.

Once selected for an interview, it is time for analyst candidates to start sweating. These interviews are often the toughest in the business world, and potential candidates should think twice before entering an interview without several hours of practice interviews as well as a few interview study books under their belts.

In these interviews, bankers are looking to verify that the aptitude that they perceived on a resume is actually there. They may do so with brain teaser questions, rigorous financial analysis exercises or strange questions that are meant to throw the candidate off and test how they react to pressure.

Interviews may involve several rounds – on campus, off-site at a hotel or at the firm. The interview process usually culminates in a “super Saturday” round in which the top candidates meet with all the bankers at the firm and socialize – perhaps taking in a sporting event.

Super Saturday helps the firm to make a final decision on which candidates are the best cultural fit. Offers are extended, signing bonuses are accepted, and the newly-minted analysts enter the crazy world of investment banking.

What do Analysts Do?

So why does someone who is fresh out of college get paid such a large salary? In short, analysts have to constantly work their rear off. They may start their day at 8 am and not finish it until 1 or 2am – and sometimes they don’t go home at all. They usually plan to come in on the weekend to stay on top of projects. When all is said and done, analysts regularly put in 80 to 100 hours a week at New York firms and perhaps 60 to 80 hours at firms off of Wall Street.

To understand what it is that analysts do, it’s important to understand the deal cycle of the corporate finance department. Investment bankers – the vice presidents and managing directors – will either approach or be approached by companies with ideas for potential transactions. These deals may include IPOs, follow-on offerings, private placements, mergers and acquisitions.

If the company is impressed with the firm and interested in pursuing a deal, then it will engage the firm to execute the transaction. Depending on the type of transaction and the conditions of the market, these transactions can take anywhere from a few months to a few years to complete. At any point in time, bankers can be working on several pitches and deals all at once.

Investment banking analysts rarely get to work on anything more than the pitch books for the bankers. Depending on the firm or the level of confidence that senior bankers have in an analyst, they may get to accompany the senior bankers on a pitch and might also assist in some of the deal execution.

As simple as it sounds, though, preparing pitch books is no easy task. The bread and butter of the analyst position is the comparable companies analysis – or “comps.” Comps are a valuation methodology in which public companies that are similar to the company in question are used to create multiples from which the value of the company can be extrapolated.

Comps are a great way to learn the intricate details of financial statements and develop a fundamental understanding of how value is created in a particular industry or market niche. But after a few months of doing one comp analysis after another, they get extremely tedious.

In addition to comps, analysts might be called upon to prepare a discounted cash flow analysis (DCF) for a pitch book. A DCF model is a bit more involved and requires putting together financial projections for a company, calculating its weighted average cost of capital (WACC) and using it to discount the cash flows to determine its value.

Other forms of analysis that investment banking analysts may be called upon to prepare include leveraged buyout models (LBOs) and precedent transactions analyses (similar to comps). Analysts are also under a lot of pressure to triple check their work to ensure that no errors make it into the pitch book – otherwise, they are likely to get an earful from embarrassed senior bankers returning from a failed pitch.

Many firms offer excellent training programs and have developed several model templates to help analysts up a very steep learning curve and to perform at a high level. The pressure, however, can still be quite intimidating and many of an analyst’s all-nighters occur during the first months as they spend extra time trying to learn their trade.

What are the Perks?

So with all the pressure and long hours, there’s got to be some incentives for analysts to stick around, right? Certainly. Depending on the firm, starting salaries for analysts can range from $60k to $90k, but when you add in bonuses that are often north of 50%, total compensation can range from $100k to $140k.

But wait, there’s more. Many firms have a policy that when analysts have to stay at work past 7pm (basically every night), they get their dinner paid for. Given the expense of the restaurants located in the financial districts, this perk can quickly add up to a lot of money, and many analysts quickly become dining connoisseurs.

Other perks often include reimbursement for cell phone or blackberry bills, free cab rides for late trips home and the occasional opportunity to celebrate with other bankers at a lavish closing dinner. With all these opportunities to save money and the long hours, analysts often have a hard time finding ways to spend their money.

After about three years of the investment banking grind, many analysts decide to go back to school for their MBA. If they haven’t been turned off by the late nights and long hours, they may decide to continue their career in the industry by taking an associate position in corporate finance. Associate positions are usually geared toward recent MBA grads, but depending on the firm, some analyst may be promoted to the associate level without an MBA.

Should an analyst choose to leave investment banking altogether – and many do – their experience can often be leveraged to move into positions that would normally require more experience. After all, many analysts wrack up double the hours of the average worker and have to perform their work at an intensity level that is among the highest in the business world.

Before jumping headlong into the corporate finance world, a potential analyst should carefully weigh the realities of the position and ask whether this is really something he or she is looking for – or ready for. 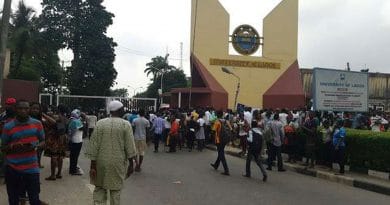