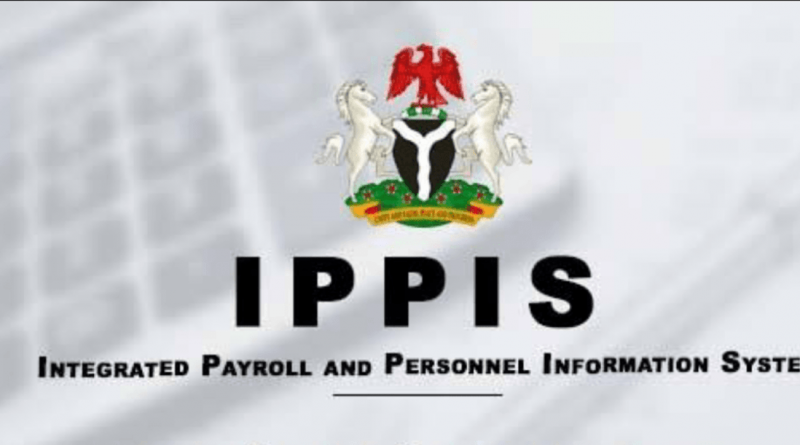 Education
June 22, 2020June 24, 2020 Mary 0 Comments
LinkedInFacebookTweetPin
LiveChat will greatly increase the number of your satisfied customers. I've already tried it and I can recommend it as a go-to customer service tool! Sign up today for a free trial!

The Federal Government has directed bursars of universities to compile list of problems associated with payment of salaries through the Integrated Payroll and Personnel Information System (IPPIS).

Sen. Chris Ngige, Minister of Labour and Employment, made this known while addressing newsmen on Sunday in Abuja.

The minister also spoke on the notice of strike issued by the non teaching staff in universities and allegation of payment of half salaries to staff by the IPPIS office.

Ngige said federal government was in touch with bursars of universities to compile all the problems associated with the payment of salaries through the IPPIS platform so that they could be addressed.

“We are on top of the situation, we have received their letter. Their letter borders on shortcomings of the IPPIS system and I have spoken with the Finance Minister and the Accountant General of the Federation.

“They said that they are in touch with the university bursars to correct certain peculiarities and send back to them to treat.

“However, it’s important to point out that one of the shortcomings which the universy workers pointed out is that the IPPIS is over taxing them.

“They also said that the IPPIS skipped some of their people who have taken leave of absence. These are matters that can be easily adjusted.

“The IPPIS office informed me that immediately the lockdown is over, the bursars are to come up, but before then that they should by e-system try to give them additional information on some of those shortcomings and that they will try as much as possible to correct them.

“We have equally gone out to the unions and asked them that we want to meet with them and the IPPIS; so we are trying to see if we can arrange a special pass so that their leaders could come up here and we would have the meeting,” he said.

Ngige said since zoom meeting would not be able to correct some of the problems, government had decided to have a physical meeting as soon as possible.

He said that his office was planning to apply for special pass from the Presidential Task Force (PTF) on COVID-19 for a physical meeting with the unions to thrash out all the contentious issues.

Ngige said his ministry had received the strike notice from the non teaching staff unions in the universities and was making efforts to meet with the leaderships of the unions.

It would be recalled that the Joint Action Committee (JAC), comprising Senior Staff Association of Nigerian Universities (SSANU) and Non-Academic Staff Union of Universities and Associated Institutions (NASU), has  threatened to embark on strike over problems associated with the payment of salary through the IPPIS platform.

The non teaching staff has also issued a 14-day ultimatum to the government to correct all the problems associated the IPPIS and the release of their Earned Allowances before the easing of the lockdown, otherwise its members will not resume duty when schools resume.

Mr Samson Ugwoke, Chairman of JAC and President of SSANU, in a telephone interview, said that non teaching staff of universities have been passing through hardship since they enrolled into the IPPIS platform.

Ugwoke noted that in the past four months, members have not received full salaries, while deductions made for the servicing of bank loans which members took have not been remitted to the banks and cooperative societies.

“Since the inception of the IPPIS contrary to what the platform is supposed to be, what we were told and what we believed before we accepted the platform.

“SSANU members and the non teaching staff in the universities have not received complete salaries.

“From January 2020 till date, we have not received full salaries and since that time till now, no pay slip has been released by IPPIS to the universities. So all that our members have received as net pay is what IPPIS wants to give us.

“It’s that worse because if you have your pay slip, you will know what are the deductions made from your salary.

“Up till now, the other deductions that are meant for our members and their welfare are being withheld by the IPPIS and the Office of the Accountant General of the Federation.

He said that the implication was that salaries have not been paid in full since the inception of the IPPIS.

He said that some members were indebted to cooperative societies, banks, among others, by agreement reached with the organisations, the repayments are made monthly.

He added that the accumulating interest are compounding the problem on our members.

Ugwoke noted that other issues affecting the non teaching staff include the earned allowances, payment of benefits, pension of retired members, retirement age, among others.

“We have written to the Minister of Labour and Employment, we are yet to get a reply even though they are talking about calling us for a meeting.

“But we insist, you do not need to call a meeting to pay us full salary or release pay slips. We have made it clear to the minister that they should do the needful.

“We have also made it very clear that if all these things are not addressed, any time the universities are going to reopen after the lockdown, we are going to embark on total strike.

“We have written to notify them that we will commence a 14-day warning strike in the first instance and thereafter it will be total and indefinite,” he said.(NAN)