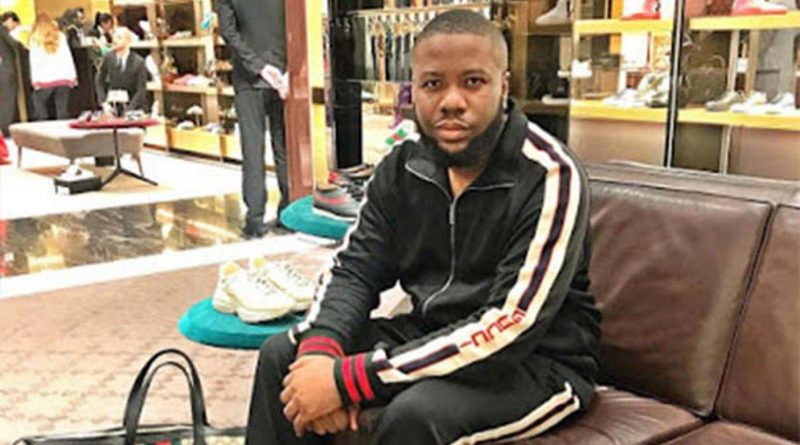 The legal counsel to Nigerian Instagram big boy, Ramon Abbas, (a.ka. Hushpuppi) has claimed he was “kidnapped” from Dubai by the United States Federal Bureau of Investigation (FBI).

According to Gal Pissetzky of Pissetzky & Berliner, the FBI and the United States government “acted illegally when they kidnapped him from Dubai without any legal process to do so,”

Pissetzky in defense of the Dubai based Instagram celebrity told BBC that “There was no extradition, there were no legal steps taken, there were no court documents filed, it was simply a call to the FBI. He is not a citizen of the United States, the US had absolutely no authority to take him,”,

In an analysis by our correspondent, Henry Ojelu, Hushpuppi’s extradition may have been made possible through a formal application by the Federal Bureau of Investigation, FBI, as the United States of America, USA, does not have an extradition treaty with the UAE.

However, the Dubai police in a Facebook statement had claimed the FBI director thanked them for extraditing Hushpuppi and his accomplice, Woodbery.

Buttressing his argument, Hushpuppi’s lawyer, Pissetzky noted; “If Dubai wanted to expel him, they should have expelled him back to Nigeria. I’ve never heard of anything like that. That is the real story here.”

Defending Hushpuppi’s source of wealth, he told the BBC, “He is a social media influencer with millions of followers, with millions of people that respect and loved him, and he loved them, and that’s what he did. In today’s society, that’s a business,”

What is Hushpuppi’s alleged offence?

In June, the Dubai Police had arrested Ramon Abbas (a.ka. Hushpuppi), Olalekan Jacob Ponle (a.k.a. Woodberry’), and 10 others in an operation tagged ‘Fox Hunt’.

A press statement on his arrest by the US Department of Justice read; “A Dubai resident who flaunted his extravagant lifestyle on social media has arrived in the United States to face criminal charges alleging he conspired to launder hundreds of millions of dollars from business email compromise (BEC) frauds and other scams, including schemes targeting a US law firm, a foreign bank and an English Premier League soccer club.”

“In 2019 alone, the FBI recorded $1.7 billion in losses by companies and individuals victimized through business email compromise scams, the type of scheme Mr. Abbas is charged with conducting from abroad,” said Paul Delacourt, the Assistant Director in Charge of the FBI’s Los Angeles Field Office.

Pissetzky had earlier told Forbes that his client is “absolutely not guilty of [the] charges they are accusing him of,” adding, “[Abbas] was running a legitimate business and a very legitimate Instagram account and did not take part in any scam or fraud.”

Asked how Abbas paid for his lifestyle, Hushpuppi lawyer told the magazine, “He’s an entrepreneur. He has real estate involvement … [he’s] an Instagram personality. He was promoting brands and that’s how he was very legitimately making his money.”

On his relationship with Premier League footballers Tammy Abraham and Ezri Konsa, Hushpuppi lawyer said he, “is friends with a lot of people. Somebody who has that many followers – obviously he knows and has friends in a lot of places … it’s all legitimate.”

2. According to the firm, “Clients come to us when they want a bulldog in the courtroom. Our Chicago criminal defense attorneys take on serious criminal cases. We handle federal charges, white collar crimes, large-scale drug crimes, sex offenses, violent crimes, and more.”

3. Describing its track record, the firm boasted; “We have obtained reduced charges, dismissals, and acquittals in high-profile cases that were deemed unwinnable by many attorneys.”

5. In a case at UNITED STATES DISTRICT COURT CENTRAL DISTRICT OF ILLINOIS URBANA DIVISION, Case No: 19-CR-20010, a man “was federally charged with possession with intent to distribute methamphetamine. After reviewing the discovery and videos in the case, the law firm recognized that the police officers violated CK’s 4th Amendment Rights when they stopped, searched, and arrested him. Mr. Pissetzky filed a Motion to Suppress Evidence.

“During the hearing, the attorney cross-examined the police officers and demonstrated to the judge that the officers violated CK’s Constitutional Rights. In addition, the law firm’s attorney called a canine expert to testify in order to prove that the police’s canine was not reliable. After the hearing, the Federal Judge issued a written ruling Granting the motion to suppress. Following the judge’s ruling, the government dismissed all charges against the defendant.”

Where is Hushpuppi now?

Hushpuppi is currently held at MCC Chicago Prison. This was confirmed by a search conducted by Vanguard on the US Federal Bureau of Prisons website using the Find an Inmate feature.

Minister of Foreign Affairs Geoffery Onyeama has said that Nigeria and its image abroad cannot the judged by the actions of a very few criminal elements who give the country a bad name.

Onyeama, who was the special guest on News Agency of Nigeria (NAN) Forum, said despite the involvement of a few Nigerians in the recently uncovered high profile scams, many more Nigerians were doing good and positive things abroad.

He described as unfortunate the perception in the media that bad news made better news than good news.

The minister called on the Nigerian media to shine its lights on the good deeds of Nigerians abroad. He, however, noted that no country in the world had taken action against Nigeria on the account of the bad deeds of an individual.

“Another thing we do is also to highlight the positive things that Nigerians are doing around the world.

Chairman, Nigerians in Diaspora Commission, Abike Dabiri-Erewa has called for the law to take its full course on Hushpuppi who was recently arrested by the United State’s Federal Bureau of Investigation (FBI) for fraud. Dabiri-Erewa said this on her twitter handle @abikedabiri in reaction to the arrest of the popular Instagram celebrity.

She expressed sadness over how the activities of Hushpuppi and his likes are making the efforts of Nigerians abroad futile.

She wrote, “while many Nigerians abroad are working 3..4 jobs to make ends meet fraudsters like Ramoni Igbalode are spoiling their image. The law must take its full course.”

The Spokesman for EFCC, Dele Oyewale said in a statement made available to Vanguard that the anti-graft agency ‘is familiar with grisly details of his money laundering transactions, involving many high-profile cybercriminals’ facing trial in Nigeria.

Dele said: “The Commission is engaging with the FBI in tracing the victims of his fraudulent transactions and other fraudsters having direct involvement with him. “Local cybercriminals with money laundering networks with him, are also being investigated”. 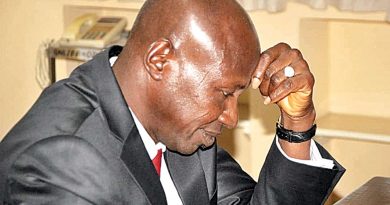 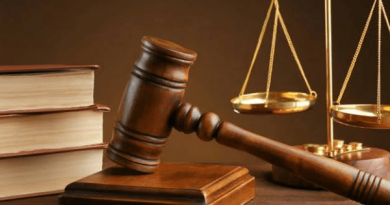