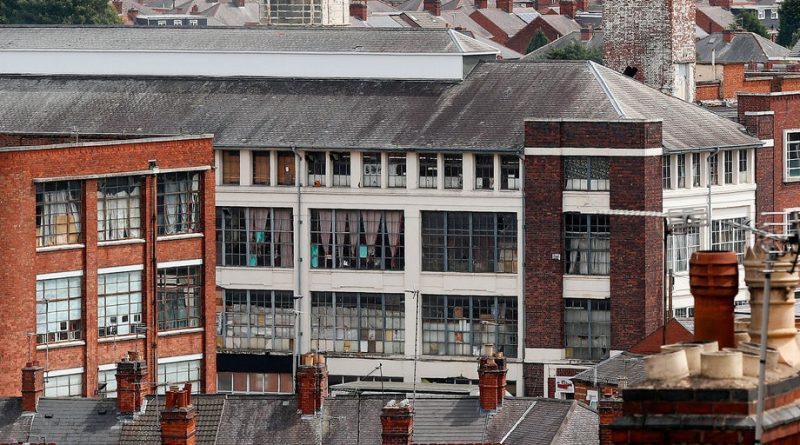 
LONDON, United Kingdom — In 2018, Asos made a bold commitment: by 2019, all brands sold on its website would be expected to meet a set of minimum requirements for ethical and sustainable sourcing.

The online retailer appointed a team of six to monitor roughly 1,000 third-party brands, which account for around half of Asos’ annual sales. Brands must fill out a self-assessment questionnaire and receive support to meet the criteria. Asos said all of its 100 biggest brands by sales met the requirements last year.

But the new standards aren’t foolproof. Earlier this month, Asos pulled items made by Boohoo after the ultra fast fashion group became engulfed in a scandal over working conditions in Leicester. The city is a garment manufacturing hub in the UK, but the industry there has come under intense scrutiny as allegations of illegal pay and unsafe working conditions were linked to a coronavirus outbreak.

A spokesperson for Asos said the company’s programme is “just one step in mitigating the risks of forced labour and worker abuse.” It’s an effort that “helps to raise the bar,” but tackling systemic issues within the industry requires collaboration, as well as legislative reform and enforcement, the spokesperson said.

For the fashion industry, pledging to root out workers’ rights abuses and actually delivering on that promise are two different things.

Los Angeles Apparel said it took “every measure possible” to protect its employees, and infection rates at the factory reflect those in the surrounding community. Boohoo has launched an independent review into its supply chain and pledged £10 million ($12.9 million) to eradicate malpractice.

But these incidents, as well as others that haven’t made international headlines, poke holes in the idea that, when it comes to the exploitation of garment workers, the fashion industry can solve its own problems. Audits can be faked, and rules circumvented. The way clothes are bought and made also frustrates reform. The biggest brands often source products from a constantly shifting, global network of factories that is difficult to police. Meanwhile brands frequently insist on the highest ethical standards, and then demand clothes are manufactured at a pace and price that make delivering on them impossible.

It’s a complex, opaque and multifaceted set of systemic challenges that no individual company can resolve on their own. That’s why even as consumers demand better standards and brands make bigger and bolder commitments to ethical sourcing, workers continue to toil in poor conditions.

“For well over 20 years now, we’ve been deploying these models … but we’ve really little to show,” said Sean Ansett, who started his career as an auditor, before going on to work in corporate responsibility at Gap and Burberry. He is now president of sustainability consultancy At Stake Advisors.

The current system of private audits and certifications arose in the wake of a series of sweatshop scandals in the 1990s. It has since ballooned into a multi-billion dollar industry.

The system works based on corporate codes of conduct enforced by private audits and certifications. Though it has succeeded in driving some improvements, in many cases it fails to weed out problems even where they are well known.

A report published last year by labour organisation Clean Clothes Campaign identified fatal shortcomings in the existing auditing system, noting that accredited auditors deemed facilities in Bangladesh’s Rana Plaza compliant shortly before the building collapsed in one of the deadliest disasters in the industry’s history.

There is absolutely no evidence any of this is working.

New research from Cornell University’s School of Industrial and Labour Relations identified numerous flaws in the current system, and found that on average audits are based on unreliable or falsified information more than 40 percent of the time.

“There is absolutely no evidence any of this is working,” said Sarosh Kuruvilla, professor of industrial relations, Asian studies and public affairs at Cornell.

Increasingly, industry watchers are calling for a mandatory system of due diligence, supported by tighter government regulation. This is also shifting scrutiny onto brands and their role in driving bad practices.

Until the start of this year Kim van der Weerd was working as general manager for a manufacturer in Cambodia. Over the course of the last 10 years, one of the factory’s biggest customers drove down prices by 30 percent even as wages rose significantly.

“I was often put in a difficult situation where I felt like it was lose-lose,” van der Weerd said.

A growing number of studies have shown how big brands’ demand for ever-lower prices continue to drive workers’ rights abuses, even as corporate social responsibility teams work to address them.

A report by the UK House of Commons’ Environmental Audit Committee published last year, raised concerns that the buying practises of e-commerce players, including Boohoo, were putting UK manufacturers in a position where they could only afford to pay illegally low wages.

Even where companies are considered to follow best practice with robust compliance systems in place, a disconnect between buying teams and those responsible for ethical sourcing often means business practises that push for lower prices at the expense of working conditions continue unchecked. Manufacturers and sourcing experts say brands still routinely switch supplier factories and even countries to get the best price, often shifting to geographies with fewer worker protections.

“If you are just saying on the one side you have a human rights audit system and on the other side you have buying, and you hop promiscuously through suppliers, the audit system will never be good enough,” said Mike Barry, a consultant and former director of sustainable business at Marks & Spencer.

No Brand Is an Island

As the International Coordinator for the Asia Floor Wage Alliance, a coalition of trade unions, workers rights and human rights organisations, Anannya Bhattacharjee spent 10 years pushing brands to accept they were responsible for ensuring their suppliers pay a living wage.

Progress has been slow and painful, but it points to increasing acceptance within the industry that real change will only come about through collaboration and engagement with all the stakeholders involved. Brands, governments, manufacturers, and especially workers themselves all have a role to play in driving progress.

“The only thing that does work is monitoring and vigilance by human rights workers and unions,” Bhattarcharjee said.

To be sure, the pandemic has served to jeopardise progress across fashion’s supply chain, with labour rights organisations reporting incidents of union busting around the world. But initiatives that give workers a bigger voice are also gaining traction as the limitations of the current system become increasingly apparent.

For instance, 20 major brands have teamed up with IndustriALL Global Union to form the Action, Collaboration, Transformation, or ACT, initiative. Signatories have agreed to work towards collective bargaining agreements that secure minimum living wages in key manufacturing countries. Participating brands must ensure that the prices they offer support the pay increases and their suppliers are expected to allow unions and freedom of association. The group’s goal could not be achieved by any one individual company, and in aiming to establish living wages goes beyond the compliance required by most audits at present.

“The auditing system in place does not account for or address or perhaps adequately identify the biggest issues because the biggest issues within the apparel supply chain are systemic,” said Kate Heiny, director of corporate responsibility at Zalando, an ACT member. “The only way to address them is through collaboration.”

But while such initiatives show promise, they fall short where key players do not participate. For instance, Boohoo has consistently failed to participate in industry efforts to address working practices in Leicester. In response, the company pointed to a recent letter to the UK Home Secretary, in which it supported a proposal to introduce a licensing system for garment factories. Meanwhile, PVH Corp is the only big American brand currently participating in ACT.

“In any market environment, if you don’t have the significant players involved in improving the market, I suspect you’re going to be highly unlikely to be able to improve the market,” said Nigel Venes, strategic lead for apparel and textiles for the Ethical Trading Initiative, a group of companies, trade unions and NGOs whose members have been involved in trying to tackle some of the issues in Leicester.

For the last five years, Fashion Revolution’s Fashion Transparency Index has monitored the amount of information a selection of the world’s largest brands disclose about their social and environmental policies and practices.

The latest report published in April showed the industry remains woefully opaque, despite some signs of progress. The 250 companies covered scored best in publishing their policies and commitments, but much worse in demonstrating real outcomes. Fewer than half of the brands disclosed any information on the results of their factory audits.

“These [audits] should be posted for everyone to see, and even drafts should go to workers and their representatives,” said Mark Anner, director of Pennsylvania State University’s Centre for Global Workers’ Rights. “We need fully transparent systems.”

This may sound radical, but precedent exists. The Bangladesh Accord, established following the 2013 Rana Plaza disaster and arguably one of the industry’s most successful multi-stakeholder initiatives, published its audit reports on its website.

Many critics say brands will only police their supply chains if there are painful penalties when they fail.

To date, regulation that does exist has been poorly enforced. The issues in Leicester have persisted for years despite well-recorded allegations that some manufacturers were operating illegally. Throughout the supply chain, laws intended to protect workers are routinely ignored or not enforced. Brands, who generally don’t own the factories they work with, are rarely held accountable for abuses.

“It’s just like drops in the bucket,” said Marissa Nuncio, director at worker rights group Garment Worker Centre. “It’s not enough to make factory owners and manufacturers and the brands that use them feel the need to be worried about this inspection and have everything up to par.”

That may be changing, at least in some parts of the world. The European Union is due to introduce mandatory human rights due diligence legislation in 2021. In the UK, the allegations around poor working conditions in Leicester have sparked calls to provide authorities tasked with monitoring and enforcing labour rights with tougher powers. But progress has been slow and fraught, and there is little sign of change on a global level.

“The fashion industry needs to accept that it needs to turn voluntary action into something with real teeth, or there will be regulation,” said Barry. “People will get sick of the industry repeatedly causing problems for human rights and the environment.”

Can Anything Shake Consumers’ Addiction to Fast Fashion? 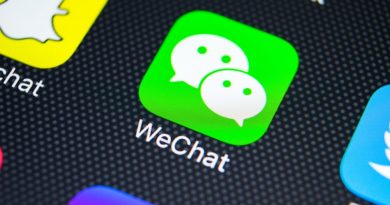 What Does a US Ban on WeChat Mean for Fashion? | Global Currents, BoF Professional 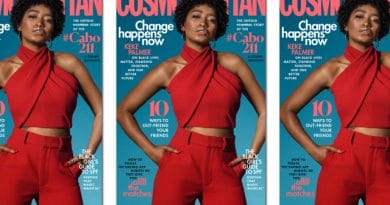