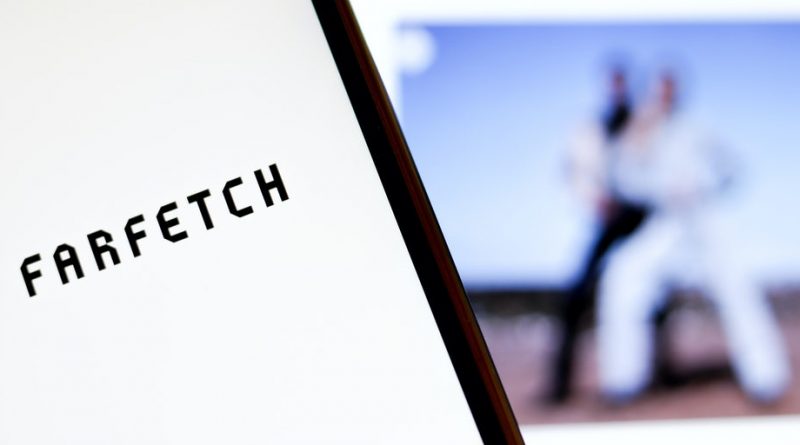 NEW YORK, United States — Luxury shoppers logged online to buy in huge numbers while under lockdown, according to the latest financial results from Farfetch.

The results reveal that Farfetch is benefiting from some of the same forces hurting many of the brands offered on its site. The pandemic has proven to be an exceptionally challenging period for the luxury fashion business, which Bain & Company projects will shrink by as much as 35 percent this year.

“What we are witnessing is a real paradigm shift, and I think this paradigm shift is happening from the demand side and the supply side as well,” Farfetch Founder and Chief Executive José Neves told analysts during an earnings call on Thursday.

Farfetch is planning to ride the wave to profitability. The fashion marketplace went public in 2018 and has been dogged by criticism from analysts in recent years for its high customer acquisition costs, shifting business model and acquisitions.

But analysts are bullish on the current prospects. The company’s share price has more than doubled this year, while Kering and LVMH have yet to recover from steep declines early into the pandemic.

Farfetch still expects to stick to its pre-pandemic timeline of breaking even in 2021, despite the continued uncertainty around consumer behaviour until a vaccine is widely distributed.

In the second quarter, adjusted EBITA shrunk by more than half to a loss of $25 million, versus$ 56 million last quarter and $38 million in the same quarter last year. Neves and Chief Financial Officer Elliot Jordan credited multiple factors for this reduction, including lower customer acquisition costs, which decreased by 30 percent year-over-year, and more higher-margin services, like its platform solutions which operates e-commerce sites for companies including for London department store Harrods.

The company expects its rally to continue. Jordan projected adjusted EBITDA loss of between $20 and $25 million in the third quarter, as well as a 40 to 45 percent growth of gross merchandise volume on the Farfetch marketplace.

The longer the pandemic drags on and makes in-store shopping less appealing for luxury shoppers across the globe, the more of an upside for Farfetch, wrote Bernstein analyst Luca Solca in a recent note.

What we are witnessing is a real paradigm shift.

The glut of inventory on the market due to depressed sales at many brands could also benefit Farfetch. The company’s marketplace stocks items sold by wholesale boutiques — like the newly signed Paris department store Printemps — which will need the platform to help offload unsold merchandise. And some of Farfetch’s competitors, particularly Yoox Net-a-Porter, have had warehouse issues that also make Farfetch’s service more dependable for shoppers, according to Solca’s note.

But there are still serious challenges on the horizon for Farfetch. The platform offers deeper discounts than its online rivals, according to data from Bernstein, and the more it attracts shoppers looking for deals, the harder it may be to keep those customers for the long term.

Jordan told analysts on Thursday that the platform is already seeing indications that new shoppers are sticking with Farfetch, and that the average order value, which dipped by 18 percent year-over-year to $493, is already recovering and expected to decline year-over-year by only low single digits in the third quarter.

While the weaknesses in the wholesale market may keep boutiques working with Farfetch, the multi-brand channel’s decline will shift more power to the individual luxury brands. Farfetch depends on products from big names such as Gucci and Saint Laurent to drive traffic to the site, according to Bernstein data. But in recent years, luxury brands have wisened up to the challenges in the wholesale market and cut down their distribution significantly, to as little as only 10 percent for Prada in the first half of 2020.

“We are a direct-to-consumer channel for brands and as they move away from wholesale, they actually double down on Farfetch,” Neves told BoF on Thursday, adding that the company is also “very keen to support” brands on their own e-commerce sites through its enterprise services offering, which powers websites for brands.

Neves said the top 20 brands that operate e-concessions directly through Farfetch saw their business double in the most recent quarter. He also highlighted exclusive collections with Gucci, Burberry, Fenty and other luxury brands as offerings that differentiate Farfetch from its competitors.

But Solca’s note said luxury brands’ increased focused on direct e-commerce may mean that Farfetch’s relationship can be less lucrative for the marketplace and contribute less to the promotions Farfetch typically uses to drive shoppers to the site.

Another question lies in the future of Off-White, the most important brand in the New Guards Group portfolio, which is driving significant profitability for Farfetch and serves as a key, low-cost traffic driver for the company.

The New Guards Group division saw sales decrease 6 percent in the third quarter, better than many peers that are seeing topline declines of more than 30 percent. With a profit margin of 41.8 percent, the division continues to drive profitable growth for Farfetch, and Neves highlighted an Off-White Jordan sneaker launch in July that drove “800 million hits” in online traffic with no paid marketing behind it.

The brand, founded by Virgil Abloh and produced by New Guards through a license agreement, is offering deeper discounts than many other luxury brands on the market, according to Bernstein, which could signal a decrease in demand for the brand. But the firm reports the brand’s sneakers are still driving strong interest from consumers.

Farfetch also announced significant changes to the board of directors, which Neves said was part of the natural shift following the IPO. Natalie Massenet (founder of Net-a-Porter), Jon Kamaluddin (partner at Felix Capital, chairman of the board at Klarna), Jon Jianwen Liao (chief strategy officer of JD.com), Danny Rimer (Partner at Index Ventures), and Mike Risman (Managing Partner at Vitruvian Partners) will step down. They will be replaced by Stephanie Horton (director of marketing for Google Shopping), Diane Irvine (former CEO of Blue Nile), Victor Luís (former CEO of Tapestry) and Gillian Tans (chairwoman of Booking.com).

Disclosure: Index Ventures is part of a group of investors who, together, hold a minority interest in The Business of Fashion. All investors have signed shareholder’s documentation guaranteeing BoF’s complete editorial independence.

The Problem With the Online Luxury Model

Farfetch Does Drops Now, Too