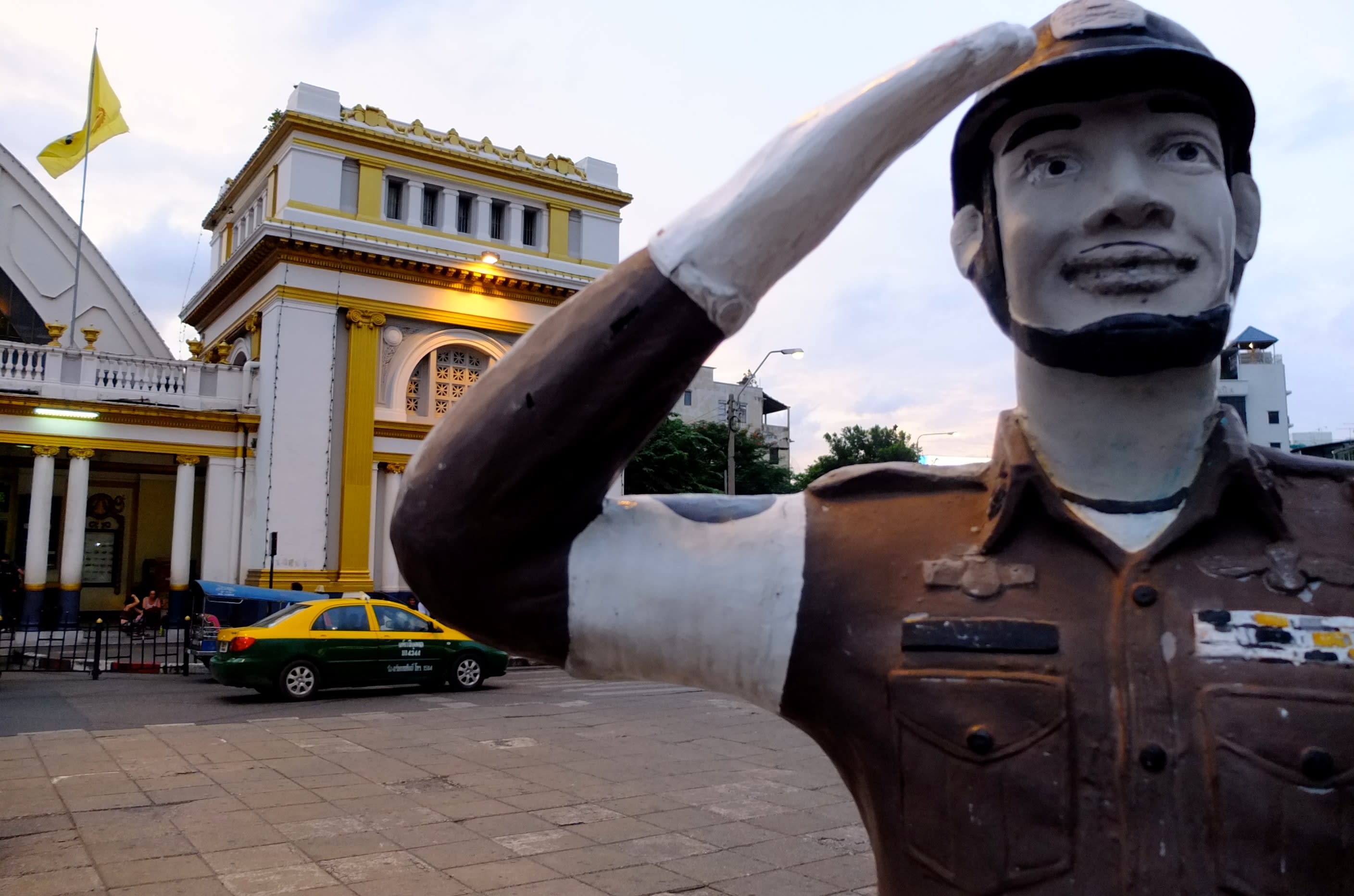 “The lab assistants developed various amphetamine habits, Linda in HR started sleeping with her co-workers’ wives, a few of the guys from down in IT went undercover as recruits in local criminal organisations and were instantly murdered”: a vision from Wellington writer Jordan Hamel

There are nine different incident reports, resource consents, declarations and liability waivers that need to be filled out for every bloated, sodden body fished out of the local swamp. Not to mention the hours spent down at the morgue, taking notes as the mortician dutifully swabs the moss and grime from every cavity and skinfold, the building of DNA profiles only to rule out the entire national offenders database and the cross-referencing of the spiral symbols, splayed across the body like a kaleidoscopic shag rug, with every regional homicide since the start of the Satanic Panic.

I guess what I’m saying is, without me there’s no way Detectives McConaughey and Harrelson could crack a case in eight episodes, and while I’m not in it for the credit, some validation would be nice. But every time I try to discuss workplace performance, my personal development plan, my contributions to team culture and efficiency with my manager I can only keep their attention until a parent’s shriek is heard from a cursed avenue, the camera pans out, the city becomes a character and the opening credits start…

From the dusty mesa

It’s the unreasonable deadlines that get to you first. It’s fine if you’re ex-Vice, returning from deep undercover, trading in crystal meth for conference calls, knife fights for case files, one addiction for another. But some of us actually value a work-life balance. I’m not married to the job, I’m married to a person. A person I don’t have to emotionally neglect in the pursuit of personal success because, like my parents taught me, open and safe communication always comes before justice. Sure we’re in couples therapy too and occasionally we see Detective Harrelson in the waiting room, covered in blood and whiskey with his disappointed wife avoiding eye contact and his creepy kids arranging barbie doll grotesques, but for us it’s more pre-emptive. A relationship is a muscle, it requires constant work, care and attention, to build it up and make it stronger. Not that Harrelson or McConaughey would know anything about that.

Also if they think I’m going to miss my daughter’s school glee club recital to stay late at the lab and test some residue found on a prominent businessman’s hotel key card they’re delusional. I’ll admit the harmonies are still hollow, the dancing is heartless and the tenor section hasn’t been the same since Jake B transferred to our rival school, but I think if they nail their “Say a Little Prayer” x “Livin on a Prayer” mashup they could honestly take regionals this year.

We’re known by many names: receptionist (male), examiner #3, state trooper on motorcycle, junior attorney, old deputy, old deputy’s young assistant, officer holding mug, lab technician #2, court reporter, bloody paramedic, forensic photographer (deceased). These titles still offend me, but the sting has dulled over time. Every day I become a little more defined by my job, every day I struggle a little less. There are moments I forget my given name. Harrelson busts in, slams his fists on my desk, says “hey tape guy, where’s that footage from the old warehouse, I need it yesterday!” I don’t correct him, I just fumble for tape, “right away sir, here you go sir” and from then on I’m “tape guy”; a sweating, stuttering personification of a function, a diluted memory of identity, a copy of a copy.

That reminds me, I told McConaughey I’d get those copies of the toxicology report to him yesterday.

But on my good days I’ll fight back, for all of us feeling dragged into their celestial void. Not in cinematic or narratively satisfying ways but with little things, morale boosters for the uncredited, a batch of cupcakes here, a silly printed out meme snuck onto my colleagues desk there. An office is a delicate ecosystem and should be treated as such. Once we tried to trick Harrelson and McConaughey into attending one of our HHH (Happy, Honest, Healthy) workplace seminars, but by the time they figured out what was going on they both screamed ‘there’s no time!’ and proceeded to run outside and fight each other in the parking lot for two hours over a romantic misunderstanding, no one had the heart to point out the irony.

Could you blame them? Do you know what it feels like to be an extra in your own story? The spotlights unfazed by your actions or moods, being relegated to living scenery. It’s an adjustment we’ve all had to make at some point and not a smooth one. There was a time when all of us gave up a part of ourselves for the chance to be the lead in our own eight-minute tracking shot chase sequence, or some explosive plot arc. The lab assistants developed various amphetamine habits, Linda in HR started sleeping with her co-workers’ wives, a few of the guys from down in IT went undercover as recruits in local criminal organisations and were instantly murdered, countless clerks and receptionists stormed into courtrooms across the country to tell Judges they were the ones who were ‘out of order’ before spending traumatic nights in the cells for contempt.

For me it was the allure of the big case, missing child, suspicious circumstances, possible ritual abuse and witchcraft. All the other detectives gave up, it was unsolvable. I wanted that lightbulb moment, deep in the flat circle of theories and circumstantial evidence. I repurposed the rumpus room as my headquarters, connected pictures and notes with string like paper constellations, took up smoking inside, spent most of my weekends sitting cross-legged on the floor staring at a picture of the child muttering “where are you” while my young daughter played on the busy road unsupervised for days on end. This might sound like the perfect set up for a gritty, prestige series. I lose my daughter through my own negligence and spend the rest of my life chasing her ghost, solving missing child cases trying to right my mistakes. Thank god it didn’t come to that.

I heard a sickening thud, tires skidding, various indecipherable shrieks. My mind went to the worst possible conclusion immediately. I sprinted outside to see the tarmac stained red and brown, there was viscera everywhere, kidneys and lungs and bones and fur. It turns out the neighbours’ pet hare had gotten loose. Still full of adrenaline and panic I retreated inside to find my daughter sitting oblivious on a stack of witness reports. She gave me one of our framed family photos and said “you’re the biggest celebrity I know”.

I broke down right there and then, threw the bottle of bourbon and the case files into the fire, swearing I’d never be tempted again. Never dive so deep I drown all those around me. Never leave my daughter with just a framed photo of me on the wall, and whispered remnants, stories and anecdotes from former colleagues who were luckier than me. Everyday when I hit the snooze button or sneak out of work at 4:30 I keep that promise to my daughter. Never did find out what happened to that missing kid though.

And rise with me forever

Across the silent sand

My philosophy these days is if everyone’s a wild card then no one is, we’re all just cards. I’ve lived long enough to value my own strengths in ways that others don’t, and honestly, that’s fine. Give me a life that looks quiet and unremarkable to the passing eye: child glee club recitals, summer wine tastings with friends, daily routines you could set your watch to. Stages are built with curtains for a reason and even though sometimes I have the urge to peek, I’m comfortable knowing there’s nothing behind them for me.

And the stars will be your eyes

And the wind will be my hands

Italicised lyrics are from “Far from any road” by The Handsome Family. Next week’s short story is “The Feud” by Shani Naylor