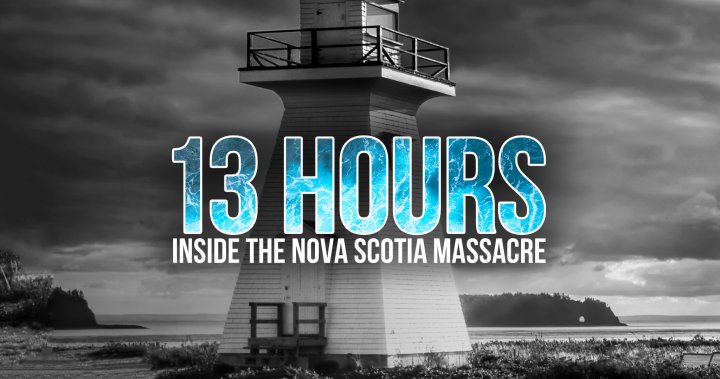 Late in the evening of Saturday, April 18, 2020, a gunman embarked upon one of the deadliest killing sprees in modern Canadian history.

Thirteen hours later it was over, leaving scars on the rural community of Portapique, N.S., the province and the entire country.

Click here to listen to episodes of 13 Hours: Inside the Nova Scotia Massacre

Twenty-two people lost their lives that weekend. Many more people lost someone they loved.

In Episode 4 of 13 Hours, Red Flags, we explore the gunman’s obsession with police memorabilia and how he obtained some of the items used in the attacks. We’ll also explore his possible state of mind in the weeks and days leading up to the killings.

Gabriel Wortman, the gunman, collected police uniforms and other pieces of equipment. His collection included items used in the attacks on April 18 and 19.

Police have not said where he obtained the uniform and other articles of clothing he wore during the attacks, although they have confirmed they were authentic.

This includes a 2017 Ford Taurus police interceptor which the gunman purchased for $10,990. He used this vehicle throughout most of the killing spree.

0:58
Surveillance video appears to show Nova Scotia shooting suspect getting out of car to change clothes

Court records also show that between March and November 2019, the gunman made online purchases totalling roughly $4,800 for items used to fix up his police vehicles.

PayPal said these items could be used to facilitate “domestic terrorist activities,” court records show. The company flagged the purchases to a federal intelligence agency, the Financial Transactions and Reports Analysis Centre (FINTRAC), adding that some items were intended for police use only.

The court records show FINTRAC prepared reports for the RCMP the week after the killing spree. It’s not clear when FINTRAC was first made aware of the gunman’s purchases or if the RCMP was aware of them prior to the shootings.

FINTRAC declined to provide details about the reports, citing federal legislation that prevents it from speaking publicly about specific cases. PayPal did not respond to questions about the timing of its suspicious transaction reports.

Some of the items the gunman purchased in 2019

Police did not publicly disclose the specific type of weapons used by the gunman during the killing spree.

But a briefing note prepared for Prime Minister Justin Trudeau on April 24, details of which were first reported by the National Post, revealed the make and model of the high-powered, semi-automatic weapons used by the gunman and found in his possession at the time of his death.

The briefing note also said the gunman had “over capacity ammunition boxes.” These would have allowed him to fire many more shots without reloading his weapons than is legal in Canada.

Three of the weapons the gunman used were smuggled into Canada from the United States, one was obtained illegally in Canada, and one was stolen from RCMP Const. Heidi Stevenson after she was murdered by the gunman, the briefing note said.

The gunman did not have a firearms licence and it was illegal for him to possess any of these weapons.

Weapons used by the gunman

Police and law enforcement experts have said the gunman’s motivation for killing 22 people and attempting to murder at least three others may never be known.

Some of the victims were known to the gunman, others were not.

In April, the RCMP said they weren’t ruling out the possibility that the attacks were premeditated. However, in an interview with the CBC published on June 29, RCMP Supt. Darren Campbell said there was no evidence the gunman planned the attacks the way they occurred on April 18 and 19.

“There’s been no evidence that he was pre-planning this,” Campbell told the CBC. “No direct information that someone has come forward (with) and said that they believed that he had this particular plan, that he was going to execute this plan in the way that he did on the date and the time that he did.”

Police sources said the violence started when the gunman bound and attacked his common-law spouse on the evening of April 18. She managed to escape and spent the night hiding in the woods.

At approximately 6 a.m. on April 19, police say she emerged from the woods and provided key details to investigators, including information about the gunman’s vehicle and police uniforms.

Police say she also told them after the shootings that the gunman had become increasingly concerned about the novel coronavirus pandemic in the weeks leading up to the attacks, that he was talking about death, and that he was “preparing for the end” of the world.

On Dec. 4, Nova Scotia RCMP charged the gunman’s common-law spouse, 52-year-old Lisa Diana Banfield, along with 64-year-old James Blair Banfield and 60-year-old Brian Brewster, with unlawfully supplying ammunition to the gunman that he used in the attacks. Police allege the three individuals provided the gunman with ammunition between March 17 and April 18.

The RCMP said that all three individuals are cooperating with the investigation and that none of them had any prior knowledge of the gunman’s actions on April 18 and 19. None of the allegations against the individuals have been proven in court.

Global News has previously not named the gunman’s common-law spouse. She is being named following the criminal charges in connection to the shootings.

Month before the shootings

On March 11, the World Health Organization declared COVID-19 a global pandemic. Over the next several days, cases of the virus were reported in New Brunswick and Nova Scotia.

On March 16, the gunman sent an email to Peter Griffon, a friend who police say helped make the RCMP decals on the gunman’s mock RCMP cruiser, saying that “beers on Friday” were cancelled and that he would be social distancing until the virus was under control.

On March 17 and 18, Nova Scotia’s government closed bars, restaurants, gyms and other businesses.

The next day, on March 19, the gunman closed his denture clinics in Halifax and Dartmouth, notifying the public that they would evaluate the situation on April 15 and decide whether to reopen.

That same day he sent an email to an unnamed associate, court records show. In the message, the gunman described the virus as “huge” and said it was unlike anything people had ever dealt with before. He said people would “need guns” when their cash ran out, adding “Thank God we are well-armed.”

On March 20, one day after he said people would need guns when the cash runs out, the gunman liquidated roughly $400,000 worth of financial assets, court records show. Then, on March 25, he sold off another $75,000 worth of investments and asked his bank manager for $475,000 in cash.

On March 30, the gunman drove to a nearby Brinks location in Dartmouth where he picked up the cash in $100 bills, court records show. The $475,000 in cash was placed into a fireproof bag and buried by the gunman.

The RCMP have said they recovered cash at the scene of the gunman’s burnt out properties in Portapique but haven’t said how much.

Police have also said the gunman stockpiled between $500 and $600 worth of gasoline in the weeks leading up to the killing spree, some of which he may have used to light homes and vehicles on fire on April 18 and 19.

Policing experts who spoke with Global News said some of the things that are known about the gunman, including his past history of violence, paranoid behaviour and “intimate knowledge” of firearms, are characteristic of the types of patterns associated with people who commit mass killings.

James R. Fitzgerald, a former FBI profiler, said the gunman’s obsession with police is not uncommon among the mass killers he spent his career studying.

“They have a close, if not secret, association with either military or law enforcement, and they’ve never actually served in either,” Fitzgerald said.

“We know the subject in Nova Scotia certainly had those interests with not only uniforms, but also somehow he got a used police vehicle.

“That certainly helped him get around and perhaps be successful in a few more of his killings over that elongated period.”

1:50
Psychological autopsy to be conducted on N.S. gunman

The RCMP have ordered a “psychological autopsy” of the gunman to better understand his motives. An expert will conduct interviews with people he knew to learn more about his personality and to assess his state of mind at the time of the killings.

The RCMP also said the gunman was able to stay ahead of police throughout much of the killing spree because he used a mock police vehicle.

His impersonation of a police officer allowed him to “circulate around the province, steps ahead of our investigators,” said RCMP Chief Supt. Chris Leather during an April 20 press conference.

“We can say that his ability to move around the province undetected was surely greatly benefited by the fact that he had a vehicle that looked identical in every way to a marked police car,” Leather said.

Darryl Davies, a criminology instructor at Carleton University, said civilians shouldn’t be permitted to buy or sell the type of police equipment the gunman owned.

While collecting police memorabilia on its own is not dangerous, the fact that the gunman was able to impersonate a police officer with a real uniform and a vehicle that looked nearly identical to the real thing is extremely concerning, he said.

“If you can order this type of material online, it means other people can. And all that should be prohibited by law,” Davies said.

Read more:
All too easy to impersonate a police officer: national association

In Canada, police forces have rules for disposing of old uniforms and equipment, but owning these materials is not itself a crime. It only becomes illegal when someone uses police clothing or equipment in a way that is “likely to cause persons to believe” they are a police officer, according to Canada’s criminal code.

“There should be absolutely no way that those types of items can be purchased by an individual,” Davies said.

The government, meanwhile, introduced new gun restrictions following the April killing spree, banning the use and sale of more than 1,500 “military-grade assault rifles” as of May 1. This includes two of the weapons used in the Nova Scotia attacks, both of which were obtained illegally by the gunman.

There’s been no indication of whether the government plans to ban the sale or possession of police uniforms, equipment or vehicles. However, in April, a spokesperson for Justice Minister David Lametti noted it’s a crime to impersonate a police officer in Canada. Offenders can be sentenced to up five years in federal prison.

A public inquiry into the killing spree, which will deliver its first preliminary report in May 2022, is examining a range of issues related to the shooting, including how the gunman obtained the items used in the attacks. This report and the inquiry’s final report, due in November 2022, could include recommendations about owning and selling these items.

Editor’s note: In previous episodes of 13 Hours: Inside the Nova Scotia Massacre, Global News has referred to the gunman’s common-law partner as “Beth.” It is the policy of Global News to avoid naming victims of domestic or sexual assault, and that’s what we did in this case. However, in light of recent criminal charges in connection to the shootings, Global News has now updated that decision based on the overriding public interest in this case.

To subscribe and listen to this and other episodes of 13 Hours: Inside the Nova Scotia Massacre for free, click here. 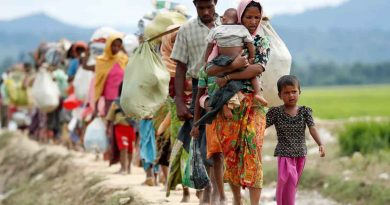