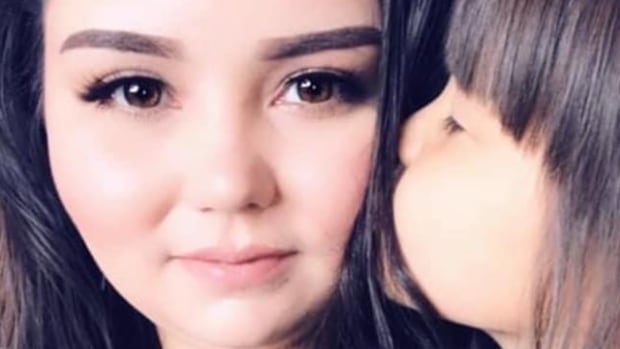 Moore, a 26-year-old woman from Tla-o-qui-aht First Nation was shot by an officer during a wellness check early on June 4.

Emails from Edmundston Police Force Chief Alain Lang to city officials suggest frustration over public perception of the force in the city of 16,000 in northwestern New Brunswick.

Lang’s emails are among hundreds of pages of documents released to CBC News following a right-to-information request seeking records about how the municipality responded to the shooting, including staff and council correspondence.

The records offer the first look at how Edmundston officials viewed the shooting that drew national media attention, a case Indigenous leaders point to as a reason to hold an inquiry into systemic racism in New Brunswick’s policing and justice systems.

“I do not accept the treatment that our own government has done publicly towards our municipality but especially toward our involved members,” Lang wrote in a June 14 email to Edmundston’s chief administrative officer, Marc Michaud.

“I have a lot of trouble with this situation. The more I think about it the more I am disappointed with our government that uses this tragic incident for political ends.”

Lang’s email appears to be a reference to comments by Prime Minister Justin Trudeau and Marc Miller, the minister of Indigenous Services.

“I’m pissed, I’m outraged. There needs to be a full accounting of what has gone on,” Miller said in Ottawa on June 5.

Miller told reporters he thought the shooting was a morbid joke when he first heard about it.

“I don’t understand how someone dies during a wellness check,” Miller said.

Indigenous Services Minister Marc Miller says there is a ‘pattern’ of police violence against Indigenous people in Canada, citing the shooting death of a New Brunswick woman earlier this week and a video that appears to show police in Kinngait, Nunavut, striking a man with the door of a pickup truck. 2:00

Moore’s death happened after protests over the death of George Floyd in the United States and videos emerged of acts of violence against Indigenous people by police in Canada.

Trudeau said in June the videos and reports were “disturbing.”

“They bring to light the systemic realities facing far too many Canadians,” he said.

The emails indicate that the police chief wanted the mayor to send a letter to the federal officials about their comments. The emails suggest that instead, the message was passed on through the national police chiefs association.

Lang didn’t provide interviews following the shooting and didn’t respond to a request for comment for this story.

Annie Dancause, a spokesperson for the City of Edmundston, said the municipality and its police force won’t comment at this point.

Dancause did say the officer, named in the documents as Const. Jeremy Son, remains on administrative duties pending a decision by the Public Prosecutions Services on whether to lay criminal charges against him.

Quebec’s police watchdog agency, the Bureau des enquêtes indépendantes, was asked to investigate the officer’s actions last year. Its findings were submitted to the Crown in December but not fully made public.

A news release with a summary of the findings says Edmundston police were called at 2:06 a.m. for a wellness check. At 2:32 a.m., it says an officer arrived at the woman’s home and knocked on the living-room window several times.

The news release says that after several minutes, the woman opened the door “armed with a knife and walks toward the policeman.” It says the officer stepped back onto a balcony, asked the woman to drop the knife “in vain,” and then fired his weapon.

In December when the BEI report was given to the Crown, a spokesperson for the New Brunswick government said the prosecution’s review of the case to determine if charges are warranted was expected to take “several weeks.” Four months later, that review is still going on.

Under the Criminal Code, officers can use deadly force to defend themselves or others or if the force is reasonable in the circumstances. Factors to determine if force was reasonable include whether a person has a weapon and if there were other means available for defence.

Edmundston police Insp. Steve Robinson told reporters in June that he didn’t believe the officer tried to use less lethal force before using his firearm. Edmundston police don’t have body cameras that could have recorded what unfolded.

The police force and municipality didn’t answer questions about whether it is considering purchasing body cameras.

Lawyer T.J. Burke, who is representing Moore’s family, filed a complaint with the New Brunswick Police Commission regarding Son’s actions. That probe is only expected to unfold after any potential criminal case.

A coroner’s inquest has also been ordered into the shooting, which will examine ways to avoid similar deaths in the future. That inquest would take place after any criminal or police discipline process.

“It’s not an easy one, specially in a small community like mine,” Lang responded.

“Like you know, can’t say anything to the public. From what I know, it could of been my member that would of not survived.”

The following day, June 7, Lang emailed the city manager about wanting to make a public statement.

Lang said he planned to speak with the commanding officer of the RCMP in New Brunswick to get his view.

“I would like to release a [statement] tomorrow on how I acted immediately upon learning of the incident in order to keep impartiality in this investigation,” Lang wrote to the city manager.

“Also to tell people that the police officer involved who has several years of service with a perfect record has been reassigned to administrative tasks.

“The police force has cooperated from the start with the independent investigation team and will continue to cooperate.”

Much of what was released to CBC consists of copies of news releases or draft news releases, while others include messages from the police chief to city staff.

The records were released in late March, eight months after CBC filed two separate right-to-information requests with the municipality and its police force.

CBC sought information from the police about any previous disciplinary actions related to use-of-force by the officer who shot Moore.

The force refused to release any records, citing exemptions in the access-to-information law that allow withholding documents that could affect a trial or adjudication or relating to a coroner’s inquest.

The second request, about how the municipality responded, went unanswered until September, when the city told CBC it thought the two requests were the same. It then said it wouldn’t release any records.

Under the right-to-information legislation, anyone unsatisfied with a response can file a complaint with the provincial ombud’s office which investigates and determines if requests were properly handed.

CBC filed a complaint. In March, the ombud’s office ruled the city was wrong to withhold most of the municipal records. It ruled the city correctly withheld reports and notes regarding the use of force by police in the Moore case, personal information of third parties, and records that would reveal the substance of a closed-door council meeting.

The city then released 990 pages to CBC.