From hunting and gathering fruits for subsistence, agriculture has been central to livelihood, trade and industrialization in every society’s evolution. Elsewhere, it now oils the economic machinery of most developed countries. In fact, according to a World Bank Report, agriculture accounted for one-third of the global Gross-Domestic Product (GDP) in 2014. Primarily, countries like China, the United States, Thailand, Australia, Israel and many others have developed on the gains of the agricultural sector.

In Nigeria, the story is not so different, as its economic growth stemmed from the successful agricultural ventures in the early 50s and 60s. But till date, the majority of Nigerian farmers have been unable to rise above subsistence farming due to lack of funds and the dearth of technology, which is further compounded by an unfriendly business environment. The combination of these factors, according to experts, had stalled agricultural growth which before the advent of oil, was the mainstay of the nation’s economy in the 1960s. Presently, the story is gradually changing for the better and Malam Nasir El Rufai, the Executive Governor of Kaduna State, is exploring new frontiers in this regard . With the dwindling revenue oil, there is a shift in focus and the emphasis is now on the diversification of the economy, with agriculture being the alternative sector that can pull Nigeria out of the woods.

Nigeria is an agrarian country with hundreds of thousands of arable land. More than 70% of its population is engaged in various farming activities but mainly at subsistence level. For the country to accelerate agricultural growth, there is a compelling need to move from this farm-to-eat and sell-the-surplus practice, to a more commercialized form. To achieve this, the value chain in agriculture, which includes production, storage, processing and marketing interventions must be developed appropriately. Afterwards, the seasonal produce will not only be available for local consumption but also for export. Likewise, the sector will create jobs, increase earnings for the farmers, as well as GDP, including foreign earnings for the country. In fact, the primary focus of El Rufai is a Kaduna State that is not just a producer of primary produce, but an agricultural-driven sub national that is one of the nation’s business hubs.

Significantly, they have been efforts to revamp agriculture by past administrations, both civilian and military regimes, at both State and Federal levels. The present administration has rolled out major initiatives such as the Anchor Borrowers Programme(ABP), which was established by the Central Bank of Nigeria (CBN) and launched by President Muhammadu Buhari on November 17, 2015. The programme is intended to create a linkage between anchor companies involved in the processing and Small Holder Farmers (SHF) of the required essential agricultural commodities. The ABP has been providing farm inputs in kind and cash to these farmers to boost production of these commodities. According to the Governor of CBN, Mr Godwin Emefiele,‘’two years into the implementation, the programme has contributed to the creation of an estimated 890,000 direct and 2.6 million indirect jobs.” Indeed, most states have keyed into some of the initiatives of the Federal Government with positive results. For example, the partnership between Lagos and Kebbi States has given birth to what is known as the Lake Rice. At the same time, many other states have also derived economic benefits from the sector.

However, Kaduna State is taking a Public-Private-Partnership approach towards elevating agriculture to the next level, by making it both a poverty alleviation vehicle, a revenue earner and job creator as well as a contributor to the nation’s GDP. Specifically, Governor El Rufai is leveraging on the State’s comparative advantage to add value to agriculture sector. In Kaduna State, 80% of the people actively engage in farming and it is the number one producer of maize, tomatoes, soya beans, ginger and sorghum. Blessed with 46000 square kilometres of land and most of it is arable, Kaduna almost every crop can grow in the State’s weather. The Governor is capitalizing on these available resources in land and workforce to attract investors into the state, and it has already started yielding results.

In 2017, El Rufai was joined by President Muhammadu Buhari to commission the single largest, non-oil investment in the country, the 150 million dollar Olam Poultry Farm and Feed Mill in Kaduna State. In fact, it was designed to produce 1.6 million-day-old chicks weekly and 360,000 metric tons of animal feeds annually, a significant milestone for the State and Nigeria in the quest for food security and economic diversification. In addition, it had created 2, 000 direct jobs and has impacted positively on the local economy, by creating jobs along the agricultural value chain. Similarly, the state is also home to several major Agri-processors companies like Falke oil, Fal rice, as well as many medium and small scale farmers.

Likewise, on Monday, January 27 2020, a week after the ground breaking of the N15 billion Damau Milk Farm, Governor El-Rufai was ‘’breaking another ground’’ at Kangimi, a town in Igabi local government. The groundbreaking ceremony of the N1.75bn Tomato processing plant, owned by the “Tomato Jos Company, took place on that day, with the CBN Governor, the Ambassador of United States to Mary Beth Leonard and several dignitaries in attendance . The company was established by the US-born Mira Mehta, with the aim of investing N10.25bn over five years in farming, processing and marketing tomatoes. Already, it had been providing 2,500 jobs even before the ground breaking and it plans to put 3,000 hectares under cultivation of its out-growers, from where it will be sourcing 150,000 tons of tomatoes. According to Mehta, the CEO of Tomato Jos Company Ltd, they have a target of producing 10% of local consumption. Presently, the processing facility will handle 80-100 metric tonnes daily and she plans to engage over 5000 more workers at the completion of the processing plan next year.

In 2018, PricewaterhouseCoopers (PWC) had identified Nigeria as the 14th largest producer of Tomatoes in the world and the second in Africa. Ironically, the report also ranked Nigeria the 13th largest importer of the same crop in the world and the 3rd in Africa. In addition, PWC also highlighted that the production of tomatoes in Nigeria stood at 2.3 million tonnes, with 200,000 farmers contributing 10.8% to the entire tomato production in Africa. However, due to the nature of the crop, 45% of these fresh tomatoes go to waste. Indeed, with the coming of Tomato Jos Company Ltd, this colossal waste will come to an end. Specifically, Tomato Jos will be joining GB foods, makers of Gino tomato paste in the business of tomato processing in Kaduna. At the same time, plans are ongoing by the Dangote group of companies to also establish a tomato processing factory in the State.

Significantly, these industries are keying into Governor El Rufai’s business-friendly policies and an enabling investment environment, which have made Kaduna State the first sub-national in the Word Bank’s ranking of Ease of Doing Business in Nigeria. In fact, this explains why businesses are flocking to Kaduna State and why Malam Nasir Ahmad El Rufai is always at ground breaking events. 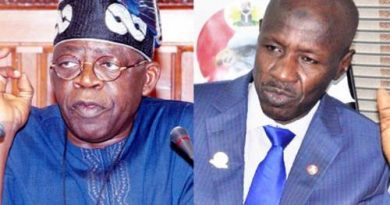 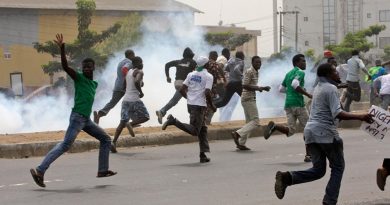 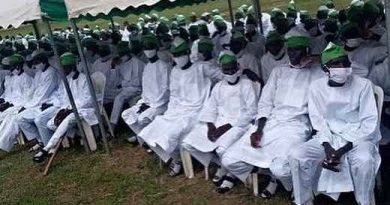