There was an existence of a standardized indigenous cultural values in various Yoruba communities, which are handed over to generations, in form of a legacy. In the stereotypical values; are norms and rules that govern the existence of the Yoruba, to the effect that, a deviation from such norms may lead to a sanction from the community. Socialization through contact with the Western world exposed the Yoruba communities to another facet of life. Though, the facet of life was new and very strange, but, the people were influenced so greatly that, it served as a catalyst that spurred out an action. The action, in its totality, can be termed as a change, which was unavoidable at that instance, but, rather was, a way forward to survive the new grim existence. However, the changes identified in this paper, were grouped into periods of occurrence and were thereafter, discussed under a triumvirate, in order to bring about a proper analysis.

Culture, according to Oxford advance learners’ dictionary, is defined as the customs, beliefs, arts, ways of life and social organisation of a particular country or people. It can also be seen as human behaviour and the general ways of life which is being passed from one generation to the other inform of legacy. Socialization on the other hand, is an act of being social through contact. Socialization of Yoruba culture is defined within the context of this discuss, as the aspects of the indigenous Yoruba cultural values that have experienced some remarkable changes as a result of contact with the foreign or alien cultures of the Western world or Europe.

The changes identified are grouped into periods of events and are thereafter discussed under a triumvirate, viz: the Pre-colonial Era, Colonial, and the Post-colonial/the Era of new Assumptions. It is proved, based on historical facts, that some parts of Yoruba communities especially Lagos, had contact with the Western or European adventurists and traders inform of bilateral trade through exchange of goods inform of barter system. At this period, hides and skin, ivory, cocoa grain and other farm produce were exchanged with goods like clock, mirror, tobacco, gun powder and so on. The trade later led to slavery or slave trade; a situation where able-bodied men were carted away in chains and fetters through the Sea via the then Lagos colony and Badagry axis. Slavery came into being as a result of the fact that, man power were desperately needed as direct labour in Britain, America, and all over Europe to cultivate their expansive farmlands in order to meet the rising demands in industries that depend largely on farm products as raw materials.

The philosophy and psychology of most of these slaves changed to that of their masters. For instance, they (the slaves) believe in what the masters believe do what the masters do, dress like the masters, eat what they eat, imbibe their new cultures, learn their language, to mention but just a few. Though, the hegemony of the Europeans over the new Society of ‘slavery’ was somehow experimental. The slaves in turn were acting in accordance and conformity with the dictates and wishes of the masters. The culture of the masters, though very strange and extremely new became the vogue, everything Yoruba in nature became issues of the past. This therefore, forms the first phase of cultural change inflicted on indigenous Yoruba heritage through contact with the western world as a result of bilateral trade and slavery.

Religion and Education form the root of the second phase of the changes identified in the indigenous Yoruba culture. Religion can be regarded as the main aspect of Yoruba culture that has undergone a tremendous change as a result of socialization which was brought to being as a result of the unavoidable contacts with the west. It shall be recalled at this instance that, everything in Yoruba communities settles around the belief system of the people, nothing can be done or addressed independently of the religion and the belief of the people, for example, family name, festivals, betrothal and marriage, farming, attainment of puberty and adulthood, dressing, the secret societies, and so on are deeply rooted firmly around the belief system of the people through religion. Family names are used as means of identification in terms of religion, occupation, bravery, royalty, economy, among many others.

If a Yoruba man, names a child ‘Akinola’; the compound name ‘Akin’ is suggestive of the fact that, the family from which the child has come, is known for bravery and prowess, possibly their great grandfather was a powerful warrior. ‘Ayankunle’ is yet another name that shows from its compund name ‘Ayan’ that the family that bears the name is known for an ancient profession of drumming. ‘Ade’ and ‘Oye’ are names depict chieftaincy and royalty, ‘Ode’ is that of hunting, while ‘Ona’ is another compound name that suggests arts and creativity and so on. It is pathetic today that, Yoruba do no longer know what is in a name, as indigenous names are no longer in use. The few that are still functional are being changed on daily basis and replaced with baptismal Islam and xtian names. Similarly, many of such names are modified to synthesize into Western cultures so that, their pronunciations can sound foreign.

There was an established indigenous education system in various Yoruba communities before the contact with the western world. Western education system was later introduced by the Christian missionaries, in the mid nineteenth century, through Badagry axis, though the progress of western education in Yoruba communities was actually a feat performed by the Christian missionaries. In the school’s curriculum, teaching of arts as one of the subjects in missionary schools was deliberately left out initially, so as to discourage the new converts from ever using their forsaken religion (that is indigenous culture) as reference point. Another implication of this was that, anything cultural or Yoruba in nature was seeing as fetish.

It is factual that, a typical Yoruba cannot easily be separated from his arts, the arts serve as vital materials of his religion and belief system. Art is an important aspect of Yoruba culture; everything is incorporated and embedded in the cultural values. Today, it is very difficult for a man to identify or appreciate his own indigenous culture due to the fact that his mentality is lost to the west. He believes in what a white man believes, as a result of this, Yoruba language for example, is fast fading away as new or upcoming generations are seriously forbidden from speaking the language at home/school by their teachers and parents. A Yoruba man believes at the same time that, he is civilised and socialized as well if he speaks foreign language, imbibe foreign culture and behave foreign while he regard his own cultural values as forbidden, barbaric, inferior and highly unrefined.

The third aspect of the triumvirate which is the Post-colonial/the Era of new Assumptions, is actually the manifestation of the first two tenets of the triumvirates earlier discussed. At this time, all aspects of Yoruba culture had undergone remarkable changes both physical and psychological to the extent that, a Yoruba man that lives in his native community, yet, appears very far away from his own indigenous and stereotypical cultural values. The aspect of the physical change entails those aspects of Yoruba culture that are seen or felt in their daily usage. Good examples are dressing, language, greetings/exchange of pleasantries, moral standards, norms, and so on. A Yoruba child of this generation, born and bred in Yoruba community, due to the changes the culture had undergone in an holistic form, do not know how to greet his or her parents properly. He or she prefers to greet the parents while standing, or possibly give them a hand shake.

On the other hand, many consider prostrating or kneeling in greeting of elders in Yoruba culture as very conservative and barbaric. Speaking of Yoruba language is seen as a sigh of retrogression within the Yoruba communities, and that is why today, a Yoruba man cannot speak his own language conveniently for thirty minutes meanwhile, he speaks any chosen foreign language(s) for hours with ease and with great enthusiasm. The Yoruba indigenous way or process of betrothal has also been relegated to the background, because of its so called, unrefined nature. Many people that marry nowadays, in such communities, do not really know the essence and the importance of traditional marriage anymore, they opt for other types of marriage just to satisfy their quest for foreign values.

Conclusively, all the issues discussed in this paper, can be regarded as, only a fractional part of the whole of Yoruba traditional cultural values that, had undergone tremendous changes and bastardization due to socialization. All these make it so difficult for a Yoruba man, born and bred in his immediate community, to appreciate, appraise, identify, and by extension be proud of his own culture. 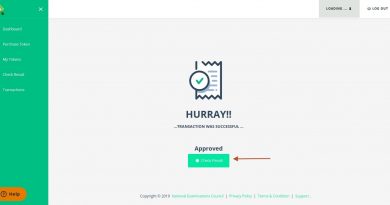 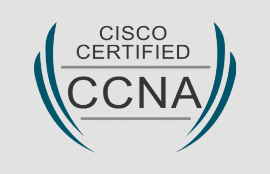 What Could You Possibly Put On Your Real Estate Blog