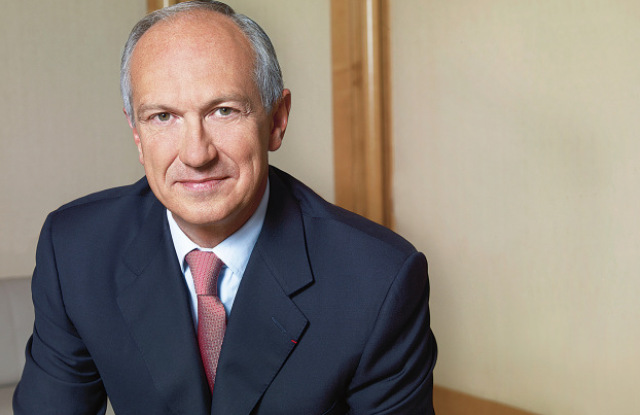 PARIS — Throughout the coronavirus pandemic, e-commerce is helping to buoy many a company’s business, including the world’s largest beauty maker L’Oréal, where the channel has developed at warp speed.

Jean-Paul Agon, the group’s chairman and chief executive officer, spelled out the impact that digital is having on the company during a call with financial analysts and journalists on Friday morning, the day after the beauty giant published second-quarter and first-half 2020 results.

“E-commerce is the new name of the game,” he said.

Agon outlined four main ways L’Oréal has exhibited resilience over the past few months, starting with e-commerce, which he said “has grown even stronger during the crisis.”

L’Oréal’s e-commerce sales jumped 64.6 percent in the first six months of the year and now represent one-quarter of the group’s total sales, which reached 13.08 billion euros in the period.

That meant e-commerce revenues were “growing almost twice the speed of the market and accelerating every month, even as stores are reopening,” said Agon.

(By contrast, e-commerce sales accounted for 15.6 percent of L’Oréal’s overall business in full-year 2019.)

“For the first time, online sales are growing faster in countries outside China like, for example, the U.S. or Western Europe,” he said. “Second reason, we have capitalized on our excellence in digital. Our brands are creating more personalized and engaging consumer experiences, like virtual try-ons, diagnostics, teleconsultations and shoppable livestreaming. All of this is building stronger relationships between our brands and consumers.”

Agon said digital also enhances L’Oréal’s return on investment in media with sharper targeting. Sixty-percent of the company’s media spend was in the digital realm.

“E-commerce is the most important topic of this first half,” said Agon. “[It] has seen an acceleration as never before, and in terms of penetration of e-commerce in our business, we have progressed in these last 10 weeks as much as we did in the previous three to four years.

“So the capacity of the company to excel in e-commerce is more vital and strategic than ever,” he said.

Agon specified that when he referred to the growth in the channel, that represented an average.

“When you look month-by-month, in fact at the end of the period, we are growing even more than that,” said the ceo. “For example, it grew by 75 percent in May, or 82 percent in June. So I believe that also the 25 percent average percentage of sales will be for the last month of the period higher than that.”

L’Oréal is fairly evenly weighted between the various types of e-commerce its businesses trade in.

“E-tailers represent 30 percent; online pure players, 27 percent, and d-to-c, 43 percent,” said Agon, explaining that “direct e-commerce” is comprised of Tmall and L’Oréal’s own sites. “The very good thing in this first half is that for the first time we have seen a very strong acceleration of our own sites.”

Sales generated by those rose about 80 percent. Agon said this marks a “real tipping point.”

E-commerce today is embedded in all of L’Oréal’s geographies and divisions, so it’s difficult to pinpoint how it bears on profitability.

“What is sure is that it has clearly an [accretive] impact on our different businesses,” said Agon.

“Now our business in China is more than 50 percent in e-commerce,” said Agon “So [it’s] completely transformed the way we market products in China.”

The recently formed team driving L’Oréal’s activity in the U.S., under Stéphane Rinderknech, is mandated with speeding up e-commerce’s penetration in the company’s business there.

And the results are palpable. During the first half, L’Oréal’s e-commerce sales rose by more than 100 percent, the first time the group posted triple-digit growth in the channel anywhere.

“E-commerce will continue to grow — Q2 [with] plus 119 percent in the U.S. and plus 91 percent in Western Europe — and that’s what we are seeing in China,” wrote Pierre Tegnér, an analyst at ODDO BHF, in a research note published Friday. “Low exposure of some countries to this channel does offer room for growth.”

The third reason Agon gave for L’Oréal’s resilience was the power of its brands and hero products.

“In times of turmoil, like now, consumers turn to quality, to strong aspirational brands they can trust,” he said. “Big brands were already winning before the pandemic and continue to outperform during the crisis.”

“We are determined for the second half of 2020 to outperform the market, find again the path to growth if the sanitary conditions allow it, and deliver solid profitability,” he said.

The executive spoke of the beauty market at large, calling it resilient, too, with an estimated sales decline of between 13 percent and 14 percent in the half.

“This COVID-19 crisis has been a crisis of supply, rather than demand,” Agon reiterated, referring to how the lockdowns worldwide caused the temporary closures of millions of salons, perfumeries, department stores and airport stores, among other retailers, making it difficult — and in many cases impossible — for consumers to buy beauty products and services.

“The impact has been very contrasted by sector and channel,” said Agon.

The professional sector was the most negatively affected, with sales down about 28 percent as salons totally closed at the beginning of the second quarter.

Luxury products’ sales declined about 23 percent, while revenues decreased about 6 percent in the mass market and 4 percent for dermocosmetics.

Travel retail sales experienced a brutal drop, of about 35 percent, as air traffic ground to a halt, while e-commerce sales gained about 36 percent.

The crisis hit all geographic regions.

“Western Europe was the most severely impacted,” said Agon. “We see positive signs of recovery in northern countries like Germany, the Netherlands and the Nordics, where lockdowns have been less severe and e-commerce is well-developed. France is coming back. The U.K., Spain and Italy have been more heavily affected.”

North America and the U.S., where the health situation and lockdowns vary from state to state, remain highly challenging.

“In the new markets, the semester was very contrasted, with some countries like India and Brazil heavily impacted and others recovering more quickly — of course, China,” said Agon.

That latter market rebounded quickly and returned to double-digit growth in the second quarter. In China, Agon explained “beauty is leading the recovery and growing much faster than total retail sales. Online growth remains very strong, and offline traffic is returning to normal progressively.”

So are overall sales at L’Oréal. For the company, the crisis began in February and reached its lowest point in April. Since then, the group’s activity has been recovering month-by-month.

“July, that we are closing today, will be the first positive month in terms of growth again since January,” said Agon.